Big, tough and built for Australia, the Holden Commodore is perfectly suited to our driving conditions and meets the needs of drivers who demand more than simply transport in their family sedans and wagons.

Handling is impressive for a car of this size. Yet the Commodore provides comfort even when being bashed along bush roads that have seen better days, not to mention corrugated dirt roads. Surfaces that trouble very expensive German cars of the same size class as the Holden are simply shrugged off by our Aussie machines.

Commodore is a five-seater as it's wider than average. However, the person in the centre-rear seat will find foot space compromised by the transmission tunnel necessitated by rear-wheel drive.

Boot space is good in the sedan and excellent in the wagon due to the latter's longer wheelbase, prior to the VE series. Wagons in the VE range, sold from September 2009, have the same wheelbase as the sedan, so they miss out on the huge load volume of their predecessors. Holden came up with the tag ‘Sportwagon' to try and justify the loss of cargo space.

The introduction of the virtually all-new VE series Commodore sedans in August 2006 saw a touch of European class in the styling and real enhancements to the ride and handling qualities. This fourth-generation Commodore is the one you should probably regard as the starting point if your used-car budget is up to it.

The VF II is still relatively rare as a used vehicle, but keen buyers may like to hunt one down.

The VE was significantly upgraded and sold as the VF from February 2013. Finally, the VF Series II arrived in September 2015. It featured more changes than had been anticipated, particularly in styling, than were expected form a car in its final iteration prior to Holden's withdrawal from local manufacturing in 2017. The VF II is still relatively rare as a used vehicle, but keen buyers may like to hunt one down.

Engines didn't always coincide with the major body changes. Most Commodores prior to the VZ range have a pushrod V6 engine of 3.8 litres. There's also a supercharged variant of this 3.8-litre, but it was never a real success, as buyers preferred to opt for V8s, so was discontinued in 2004.

The VZ Commodore saw the introduction of an all-new V6 engine. A forerunner to the unit fitted to the VE Commodore, it was a twin-cam unit of 3.6 litres. As fitted to the VZ it wasn't particularly smooth or quiet. There were some improvements in feel when the engine was installed in the VE, but the engine still disappoints in this area despite several attempts to improve it over the years.

A smaller V6, this time of 3.0 litres and aimed at lower fuel consumption and emissions, was introduced in September 2009. It hasn't been popular but is a more sophisticated unit than its bigger brother.

There were two V8s in the pre-VZ Commodores; one an old Australian design of 5.0 litres, the other a Chevrolet unit adapted to Holden specifications with 5.7 litres. This Generation III Chev V8 is much better than the old Holden donk. The 5.7-litre Gen III was replaced by a Gen IV with 6.0 litres in January 2006.

Note that the most upmarket model in the range isn't called a Commodore, rather it's tagged Holden Calais.

Holden Commodores are easy cars to work on with plenty of access to most mechanical components. The good amateur mechanic can do most of their own repairs although it's best to leave safety related items to professional mechanics.

Spare parts prices are generally reasonably priced and Holden's widespread dealer network is as strong in the bush as the ‘burbs.

Insurance is very reasonable for a car of this size and performance, though there can be a big increase for the sportier models, especially with supercharged or V8 engines.

Holden Commodore was the best selling car in Australia for many years so there are hundreds on sale at any one time. Take your time and find exactly which one suits you best.

Paint that doesn't match exactly from one panel to another is another clue a car has spent time in a panel beater's. 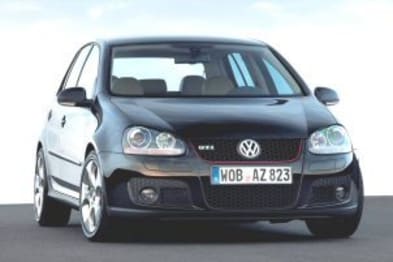 Holden Calais Audi A1 Hyundai i30 Toyota Corolla
Disclaimer: The pricing information shown in the editorial content (Review Prices) is to be used as a guide only and is based on information provided to Carsguide Autotrader Media Solutions Pty Ltd (Carsguide) both by third party sources and the car manufacturer at the time of publication. The Review Prices were correct at the time of publication.  Carsguide does not warrant or represent that the information is accurate, reliable, complete, current or suitable for any particular purpose. You should not use or rely upon this information without conducting an independent assessment and valuation of the vehicle.