Holden vs Ford | which one to buy

Holden and Ford have a longstanding rivalry on the race track -- but it's tame compared to the showroom battle. Holden and Ford have posted their lowest sales in 20 years or more, and deliveries of Commodores and Falcons for the year are at all-time lows.

Holden was overtaken by Nissan in February -- and Hyundai and Nissan in March. It was the first time in Holden's 65-year history that it ranked outside the top three selling brands in a monthly sales report. Ford, meanwhile, which last year slipped to fifth place behind Mazda and Hyundai, is on track to post its ninth year in-a-row of sales decline.

With that in mind both brands are bolstering the rest of their model line-ups to compete not only with each other but with the flood of imports. As ever, the deals vary according to the discounts on offer on any given month. Here's a guide on how they stack up based on their current showroom form.

The Holden Barina is being advertised at "fleet pricing" this month, which translates to a starting price of $15,740 drive-away. Auto adds $2000 but Holden also stings with one of the dearest charges for metallic paint in the business ($550).

The Barina hasn't won a lot of praise from the motoring press because it's relatively heavy, thirsty and sluggish. But on the plus side it's big strong body means it's one of the roomiest and safest in its class.

The Ford Fiesta is slightly smaller and lighter than the Holden Barina, which partly explains why it feels more nimble to drive. But perceived quality has dropped a little since Australia began sourcing Fiestas from Thailand rather than Germany (incidentally, the Barina comes from South Korea, as with most Holdens these days). The cabin plastics are harder to the touch and the gaps seem bigger than before.

The Ford Fiesta is a better all-round package but the price varies wildly. At the moment there are a handful of superseded Fiestas available for $14,990 drive-away (auto adds $2000, metallic paint adds $385) and the updated model (with the "Aston-Martin" nose) has already been spotted at $15,990 drive-away.

At these prices we'd give the Ford the nod, but when prices return to their regular RRPs the Holden Barina is better value. The Holden Cruze was initially made in South Korea until Holden did a deal to build the hatch and sedan alongside the Commodore locally (the Cruze wagon comes from South Korea).

After an initial burst of sales success the Cruze got beaten up by cheaper imports. So Holden responded with an updated Cruze line-up earlier this year with more gear and cheaper pricing.

In fact it was the cheapest locally-made Holden in 20 years. At the time, Carsguide gave it two thumbs up. But as a sign of how fast the market changes, the goalposts have moved again. The Cruze starts from $20,240 drive-away under this month's "fleet pricing" deal but, as with the Barina, auto adds $2000 and metallic paint jacks up the price by $550. Ouch.

As with the baby Fiesta, the Focus comes to us from Thailand rather than Germany but the quality appears to be on par with the European version.
All bets are off once the Ford inevitably returns to its high RRP pricing but, for now, it's a clear win for Ford. 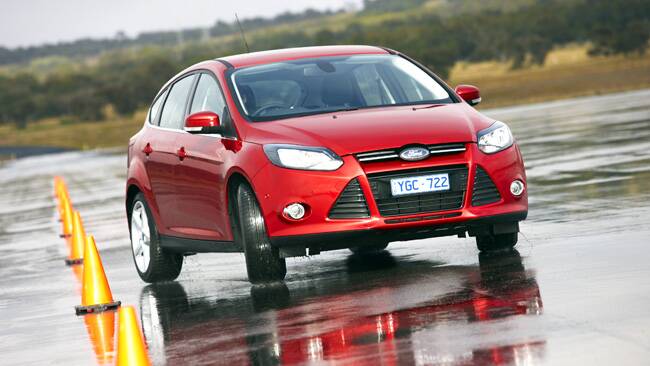 Holden currently has no special offers on its Korean-made mid-size Malibu sedan released just a few months ago. But it could be argued its RRP is pretty compelling in the first place.

Starting from $28,490 plus on-road costs the Holden Malibu's RRP narrowly undercuts the category's top-selling Toyota Camry (good buying when you can spot one for $28,990 drive-away, although this deal is not currently on offer).

The Malibu isn't going to win any styling or flair awards but it's a good, inoffensive all-rounder. Ford is trying to shift some Mondeos ahead of a new model arriving this time next year.

The Ford Mondeo LX can be had for $29,990 drive-away and at this price is good buying. The quality (this model is made in Belgium) is a step above the Holden or the Toyota rivals and it's a nicer car to drive.

A bonus until the end of this month, Ford is including a five-year warranty, a free first service and roadside assistance for two years on the Mondeo. We're heading into dangerous territory here. Passion for both of these models runs deep, even though the Holden Commodore now only represents 2.2 per cent of new vehicle sales and the Ford Falcon only represents 0.8 per cent. In their better days both models shared close to 50 per cent of the car market.

The first 'new' Commodore in seven years has had a modest sales boost with its sharper pricing, but it could be doing better. Sales are up 13 per cent compared with the same month last year but still down 19 per cent year-to-date.

You can be sure Holden dealers will do better than these prices but until we see a deal up in lights these are the figures we need to base our comparison on. Here's hoping Holden sharpens Commodore pricing soon.

In the meantime you can imagine what sort of havoc Ford is trying to cause with a super-discount deal on the XR6 sedan, advertised at $33,990 drive-away with a five-year warranty, free first service and two years roadside assistance. That's about $5000 off the equivalent Holden SV6 sedan.

Meanwhile the Falcon XR6 Turbo is currently $39,990 drive-away. That makes the Ford Falcon a compelling deal in our opinion. Holden fans may find some relief knowing, however, that even at $5000 off, Australians still prefer to buy the Commodore. 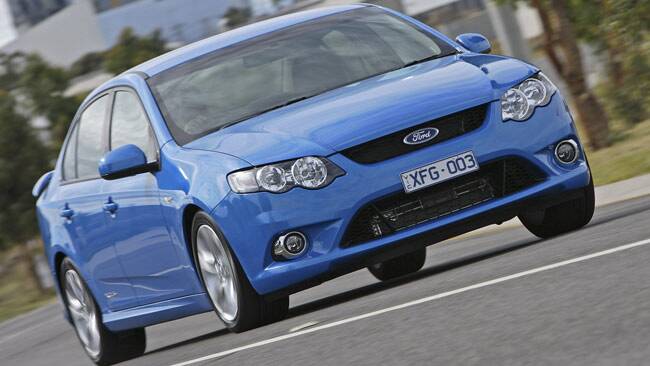 If budget is your primary consideration you can't go past the Holden Captiva -- even though the locally-made Ford Territory is bigger and better. The Captiva7 is an aging model and far from the highlight of the SUV category but it can be had from just $28,652 drive-away under Holden's current "fleet pricing" deal.

The cheapest Ford Territory being advertised at the moment is the base model TX diesel for $39,990 drive-away (About $5000 off the full RRP). Here's the catch: that's for the five-seater. Seven seats adds $2000. In the past Ford has had seven-seater petrol models for $38,990 drive-away; it needs to bring that offer back. As with its SUVs, Holden is using price to make up for shortcomings in the vehicle. The Holden Coloardo ute may be an all-new model but it's not in the same league as the latest Ford Ranger, Mazda BT-50 and Volkswagen Amarok. (An updated Colorado due next month is expected to address some early concerns).

So Holden has slashed the price of its base model Colorado LX 4WD crew cab to $37,772 drive-away under its "fleet pricing" deal. Ford is still charging a substantial price premium for its Ranger.

A new, mid-grade model called the XLS is $44,990 drive-away with five-year warranty, a free first service and two years roadside assistance. Incredibly, the Ford Ranger outsells the Holden Colorado despite the price gap. Lowest price, based on 92 car listings in the last 6 months

Toyota Yaris Ford EcoSport Citroen C3 Ford Puma
Disclaimer: The pricing information shown in the editorial content (Review Prices) is to be used as a guide only and is based on information provided to Carsguide Autotrader Media Solutions Pty Ltd (Carsguide) both by third party sources and the car manufacturer at the time of publication. The Review Prices were correct at the time of publication.  Carsguide does not warrant or represent that the information is accurate, reliable, complete, current or suitable for any particular purpose. You should not use or rely upon this information without conducting an independent assessment and valuation of the vehicle.