In October 2016 the last Ford Falcon left the assemble line, not long after its 56th birthday in Australia. What does this mean on the used-car scene for the period being examined here, 2002 - 2016?

At this stage the answer is we simply don't know although speculation suggests the sporting models may become desirable as years go by, perhaps even increase in value. That is the Falcon XR6, XR6T, XR8, Sprint, GT, and any with supercharged or turbocharged engines (except for the four-cylinder turbos).

Trouble is, there are so many interesting Falcons out there that rarity any time in the next 20 to 30 years seems unlikely. Standard model prices? Ask me again in 2066, though it's highly unlikely I will be around...

Used Falcons have long been favourites on the secondhand scene, especially with those living in the great Aussie bush. They are ruggedly built, seem to last forever if driven and serviced correctly, and soak up rough and ready backroads far better than hugely overpriced machines from Germany and the UK.

Most Falcons are four-door sedans, station wagons and utes. Two-door hardtops and panel vans were also built back in the old days that are beyond the scope of this article.

Ford Falcons have seating for five adults, but four makes more sense because the transmission tunnel takes up a lot of footroom in the centre-rear position.

The sedan's boot is relatively shallow, but it's easy to load thanks to a good-sized opening. From the BA Falcon model onwards things are better, though the boot's still on the shallow side.

Falcon station wagons are built on a longer wheelbase than the sedan. They have a long, wide, practical cargo area. When Falcon was starting to drop off in the sales race Ford made the decision to keep using the rear end of the old AU station wagon in the BA series. As a result there's no FG wagon.

Handling of the Falcon is surprisingly sharp for its size and they hold on when cornering at speeds.

Instead, it created a Series III BF model to sell alongside the FG sedans. Getting on in years, it wasn't a success and the final Falcon station wagon was built in 2010.

Want a Falcon wagon from 2010 onwards? Ford Territory is based on the Falcon and shares some petrol powerplants. Trouble is it's not as voluminous as the good-old Falcon wagon.

Handling of the Falcon is surprisingly sharp for its size and they hold on when cornering at speeds much higher than is likely to be attempted by most drivers.

Ford's six-cylinder engines in this period all have a capacity of 4.0 litres, but come in several formats, including turbocharged units. An interesting variant on the six-cylinder is a dedicated LPG engine. Common in taxis, though less so in private cars (except in Victoria) the factory built editions of this engine are all but indistinguishable from a petrol unit to drive.

The LPG engine is significantly thirstier than the petrol so fuel range suffers.

The V8 engine from the BA Falcon onwards, had a capacity of of 5.4 litres, later reverting to 5.0 litres. The 5.0 has significantly more technology, provides plenty of grunt, and makes the right noises. A supercharged Boss V8 was introduced in the XR8 late in 2014, a brilliant powerplant that will be missed by those who love the sound and fury of a bent-eight, any bent-eight…

The EcoBoost Falcon followed the European engineering route (think Audi, BMW, Mercedes) of having a turbocharged four-cylinder powerplant. It has strong performance and nimble handling, the latter due to the lighter weight of the engine. However, the Falcon EcoBoost didn't have the sales success it deserved and you may be able to pick up a real bargain on the used-car scene.

Four-speed automatic transmissions were gradually phased out and replaced by far better six-speed units, starting in 2004 with the upmarket models and gradually making their way into the rest of the range. The dedicated LPG models had a four-speed auto until the introduction of the FG series in 2011.

Manual gearboxes are rare and probably best avoided in all but the sporting models as they can affect resale value. The manual was a five-speed until the BF series, when a six-speed was installed.

It will sometimes cost more to cover a V8 Falcon than a straight-six.

Prices for spare parts, servicing and repairs are pretty reasonable and there are Ford dealers just about everywhere in Australia. Most spare parts for the Falcons covered here are readily available, although a few bits on some older cars may have to come from a recycler.

These big Fords are relatively simple to work on, with plenty of underbonnet and undercar space. Having a workshop manual makes a lot of sense if you're doing work for the first time.

Insurance prices are generally reasonable and premiums for the everyday models are invariably at the lower end of the scale. It will sometimes cost more to cover a V8 Falcon than a straight-six, and you are likely to be asked to pay more for a turbo six.

Premiums depend not only on the Falcon model but also on drivers' age, experience and claims history. Shop around, but make sure you understand the cover being offered.

Check the cabin for damage caused by bored kids. In station wagons have a good look at the load area for signs of commercial use.

Many thousands of used Falcons will have been taxis at some time in their life. Be wary of one running on dedicated LPG; while these are quite common in Victoria, they are rare anywhere else in Australia.

Signs of an ex-taxi are vinyl trim, rather than cloth or leather, severe wear both inside and out, holes where signs and a taximeter have been removed, and possibly a paint respray.

Engine wear is indicated by a reluctance to start and smoke from the exhaust and/or the oil filler cap when the engine is revved after it has been idling for more than about a minute.

Four-speed automatics can cause problems on hard-driven cars, especially if they have done a lot of work. Check they change gears cleanly and don't hunt up and down through the ratios. Be suspicious of one that's slow at going into gear from Neutral or Park.

Rust is all but unknown in the newer Falcons being reviewed here, if you do find any it's likely the Falcon has been crashed and poorly repaired. 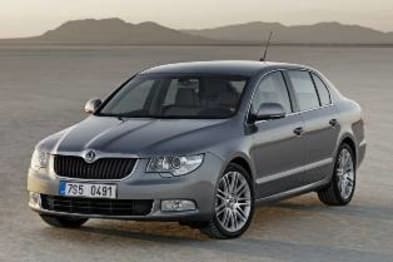 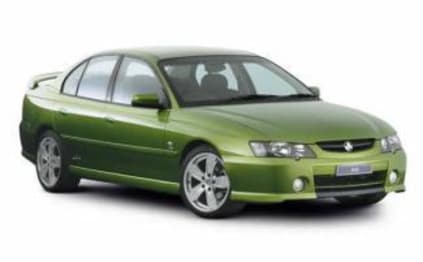