2002 Toyota Corolla range
EXPERT RATING
6
Graham Smith reviews the 2001-2007 Toyota Corolla as a used buy. The 9th generation Toyota Corolla arrived late in 2001. It was an all-new model, but followed closely in the wheel tracks of its predecessors. A conventional front-wheel drive small car, the Corolla was available as a four door sedan, a five door hatch,

The 9th generation Toyota Corolla arrived late in 2001. It was an all-new model, but followed closely in the wheel tracks of its predecessors.

A conventional front-wheel drive small car, the Corolla was available as a four door sedan, a five door hatch, and a four door wagon, making it an attractive option for small car buyers, whatever their needs and wants.

The model line-up consisted of the entry-level Ascent, then climbed through the Conquest, Levin and Ultima at the top of the range.

Forget touch screens and new-fangled tech like park assist. When you bought the Ascent you got a radio cassette sound system with four speakers, and a tilt-adjustable steering column, central locking, power mirrors, pair of cupholders in the centre console and intermittent wipers, but that was about it. Air-conditioning was available, but as an option.

A CD player and remote central locking became standard in 2002.

Air-conditioning and a CD stacker were added to the list in 2004.

The Conquest was a little better equipped from the get-go, with standard air conditioning, a CD player, and power front windows.

Being larger than the outgoing model with a taller body, the new Corolla's cabin was quite roomy.

In the Levin you also got remote keyless central locking and sports front seats.

As its name suggests the Ultima had the most of all, including velour trim, woodgrain, a CD stacker and six speakers, power windows front and rear, fog lamps, and 15-inch alloy wheels. Sat nav was an optional extra.

A sporty version, the Sportivo, was added to the choices in 2003. It too was feature-laden, with 16-inch alloy wheels, CD stacker with six speakers, climate control air con, fog lamps, leather sports seats, leather steering wheel, leather gear knob, power windows and mirrors, and a sports body kit. A sunroof was optional.

No Parking sensors or reversing camera were offered, nor was Bluetooth for syncing your iPhone or Android device.

Being larger than the outgoing model with a taller body, the new Corolla's cabin was quite roomy; the occupants sat more upright for decent front and rear legroom.

The sedan boasted a good sized boot, the hatch offered more flexibility with its split-fold rear seat, while the wagon delivered the most of all with its boxy shape.

There were plenty of storage options with a glove box, console, and cup holders.

With a spread of torque across the rev range it had enough zip to make it an easy driver in all situations, and also deliver good fuel economy.

Thanks to the sporty suspension tuning the handling was quite agile and responsive.

The power and torque of the engine was reduced slightly in 2004 when it was retuned to meet new emission standards, but its performance was largely undiminished.

The Sportivo had a more highly tuned version of the engine with 141 kW (189 horsepower) and 180 Nm of torque.

The gearbox options varied depending on the model. The Ascent, Conquest and Levin had the option of a four-speed automatic transmission and a five-speed manual, the Ultima came only with the four-speed auto, the Sportivo was only available with a six-speed manual.

The performance was not exhilarating, but it was sufficiently zippy with a modest kerb weight and good response to make it a comfortable and easy driver around town and out on the highway.

With improved NVH the Corolla was quieter than its predecessor with reduced road noise and general mechanical noises to bother those inside.

While firmish, the ride was still comfortable, and thanks to the sporty suspension tuning the handling was quite agile and responsive.

If safety is a priority it's important to know that the Ascent and Conquest were only equipped with a driver's airbag as standard. To get the full safety kit in those models you had to stump up more for the optional Safety Pack.

An update in 2004 saw the Conquest get a passenger airbag.

The Levin was better equipped in that regard, in that it also had a passenger airbag and side front airbags, ABS braking, Emergency Brake Assist (EBA), Electronic Brake Force Distribution (EBD), seat belt pre-tensioners and load limiters.

It was the Ultima that had all of the safety gear standard, including front driver and passenger airbags, front side airbags, ABS braking, Emergency Brake Assist (EBA), Electronic Brake Force Distribution (EBD), seat belt pre-tensioners and load limiters.

It was too early for electronic stability control, likewise for ISOFIX baby car seat location points (legal in Australia from 2014).

Toyota has a well-earned reputation for reliability and the Corolla was as soundly engineered, well built and reliable as any other in the brand.

That doesn't mean things don't, or won't go wrong with it, they do, particularly now that on average the earliest examples could well have done 350,000km or more and even the last of the line could have racked up as much as 250,000km.

With that in mind it's important to shop around and look for a car with low kilometres that's in tip-top shape and has been serviced by the book.

Toyota recommended servicing every 10,000 km, with major services every 40,000 km. Service costs are modest, and to ensure a long and reliable life it's important that the servicing has been done as per the recommendation. This generation Corolla pre-dates eligibility for any current capped price servicing program.

While Toyota's reputation for reliability is generally impeccable the Corolla was caught up in a number of recalls.

The Corolla engines in this model used a cam timing chain, not a belt, eliminating the need for servicing.

While Toyota's reputation for reliability is generally impeccable the Corolla was caught up in a number of recalls that somewhat tarnished the company's image.

The most concerning recall related to the airbag inflators, which could malfunction in a crash.

Cars fitted with a sunroof were recalled because the sunroof could be operated with the ignition turned on, which contravened the ADR.

To ensure the relevant reworks have been done check with a Toyota dealer.

MORE: If anything crops up, you'll probably find it on our Toyota Corolla problems page. 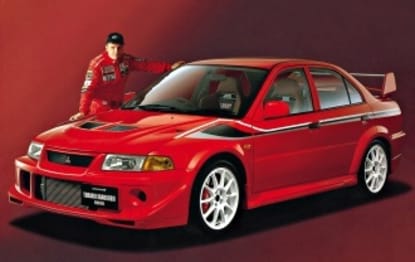 Lowest price, based on 39 car listings in the last 6 months