The LandCruiser has a long and proud history in this country. The big Toyota arrived here in the 1950s when it was put to good use on the Snowy Mountains Hydro-Electric Project.  In some parts of the country there is simply no other vehicle that can compete with it.

The LandCruiser's 100 Series is larger overall than earlier models. Weighing in at around 2.5 tonnes, it is perfect for heavy towing but is heavy on fuel unless you purchse a diesel model.  The LandCruiser isn't as roomy as its exterior dimensions suggest it should be.

There was a choice of five-speed manual or four-speed auto transmissions with high and low range four-wheel drive and high range two-wheel drive.  Toyota offered a multitude of model options, including the base wagon RV, GXL, GXV. The entry wagon was a six-seater with split rims, manual front hubs, hard wearing vinyl trim, power steering and basic two-speaker sound.

The LandCruiser is bought by most people to work hard, so look for wear on the interior trim and general lack of care around the car like dings and dents on the body.  Inspect the underside of the vehicle for damage through offroad use. Look for sandblasting of the underbody from being driven on unsealed roads, if it's severe enough it can lead to rust in exposed steel panels.

Also look for bashed and beaten underbody fittings, like brackets, fuel tanks, suspension components, even the underbody itself. Inspect all drive-line joints for broken seals that could have let water into the joints.  Check for a service record and have a specialist check done before purchase.

Don't be surprised if fuel consumption is as high as 20L per 100km from the petrol engine models. Many owners convert their LandCruisers to dual-fuel to save money, but be careful as the cost of the more regular valve lash adjustments needed with LPG can rule out any cost saving.

Look for sandblasting of the underbody from being driven on unsealed roads.

A recent used car survey rated the 100 Series significantly above average in protecting its occupants, but much worse for the impact on the occupants of what it hits.

Les Wilkinson owns a 2000 Landcruiser 100 Series with the turbo diesel six and auto trans which has what appears to be backlash in the drive line.  Brian Montgomery has a low-kilometre 2001 100 Series LandCruiser which has a chassis squeak when driven over slightly uneven roads.

12/20 The big bruiser is still the king of the heavyweight four-wheel drives. It's great for towing, but its size also means regular stops at the petrol pump. 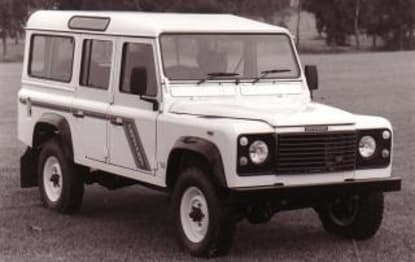 Nissan Patrol Ram 1500 Toyota Land Cruiser Prado Mitsubishi Pajero
Disclaimer: The pricing information shown in the editorial content (Review Prices) is to be used as a guide only and is based on information provided to Carsguide Autotrader Media Solutions Pty Ltd (Carsguide) both by third party sources and the car manufacturer at the time of publication. The Review Prices were correct at the time of publication.  Carsguide does not warrant or represent that the information is accurate, reliable, complete, current or suitable for any particular purpose. You should not use or rely upon this information without conducting an independent assessment and valuation of the vehicle.