A joke went around in the early 1990s that if you removed the badges from a new car, no one would know what it was.  The jibe was aimed primarily at Japanese carmakers who, it seemed, were working to a standard formula.  The cars, with their rounded lines and generous curves, all looked as if they had come from the same jelly moulds, the critics cried.

But under the skin was evidence that these were some of the most competent cars ever to roll out of Australian showrooms.  The HJ Mitsubishi Galant is a case in point. Its styling is inoffensive, even attractive to some eyes, but it could just as easily have worn a Ford TX5, Mazda 626, Nissan, Honda or Toyota badge.

While the critics bemoaned the styling of the time, owners of the Galants loved them.  They were well equipped, well built, comfortable, smooth and zippy – all of which makes them worth considering now as a second car for the family, or a safe and secure first car for the young driver.

The mid-sized five-door HJ Galant arrived in April 1993.  It was primarily aimed at empty nesters wanting a smaller vehicle once the kids had seen the light and found the door, and so-called dinks – couples who'd dedicated their lives to their careers and had neither the time nor the desire to procreate.

The Galant was a neat solution: roomy enough to carry two adults on a regular basis, or four when the need arose, and the rear hatch made it a flexible load carrier when heading home from the supermarket or away to the mountains on the weekend.

There were two engines on offer, both 2.0 litres.  The base engine – a 2.0-litre, overhead-cam, fuel-injected four – was carried over from the previous model, but had improvements to the cylinder head, which boosted its power and torque.

On the road both engines had zippy performance and admirable fuel economy, though the four was rather harsh in comparison to the silky smooth V6.

In performance terms there was very little between the two, which made the choice of the more expensive V6 a difficult one at the time, though it did have slightly better off-line zip than the four.  Each had a choice of five-speed manual gearbox or a four-speed auto, both of which were new.

The manual was a smooth-shifting unit with nicely spaced ratios, and the auto was well matched to the engine. Drive was through the front wheels.  When pressed the V6 auto would race to 100km/h in 11.3 seconds and the slush-boxed four in 11.6sec. The times for the standing 400m dash were 18.0sec and 18.3sec respectively.

Under the smooth skin the wishbone suspension, which was new to the model, endowed the Galant with safe, predictable understeer, a blessing for all but enthusiast drivers wanting a more thrilling ride.  Inside, the seats were quite comfortable and supportive and the controls well laid out.

ABS was standard on the V6, but not available on the four and, sadly, there were no airbags on offer on either.  The four-cylinder model was dropped in 1994, but the V6 carried on until 1996 before the Galant badge disappeared from Mitsubishi showrooms.

As with all modern cars, it's important to check for a service record, verify the odometer reading and confirm there's been a regular service schedule. Regular servicing is a reliable pointer to a caring owner.

Mitsubishi recommends the cam-drive belt be changed at 100,000km intervals, so check to make sure that has been done.  If it hasn't, ensure it's done as soon as you buy the car, or make it a part of the deal.

Mechanically there are no glaring concerns reported with the Galant. The engines and gearboxes are generally robust and reliable.  Check body work for bumps and scrapes from traffic or parking mishaps, but the Galant stands the test of time well.

Doors close sweetly even after 10 years on the road, but make sure you check that the rear hatch opens and closes smoothly.  Be suspicious of one that doesn't, and look for evidence of rear body damage.

Inside, the trim stands up well, the seat fabrics show little wear on the high-wear surfaces, and the plastic bits and pieces don't appear prone to damage from the sun.

John Bugge followed his policy of buying two or three-year-old cars with no more than 40,000km on the odometer when he bought his 1993 Galant V6 eight years ago.

It has done 150,000km and has needed no time in the workshop apart from regular servicing.  The cam timing belt was changed just before the 100,000km recommended changeover.

It is garaged and kept in pristine condition by an obviously proud owner.  Bugge was attracted to the Galant's combination of styling, roominess for the two adults it had to accommodate, equipment level and performance. He says it is the best car he has ever owned and would readily have another. 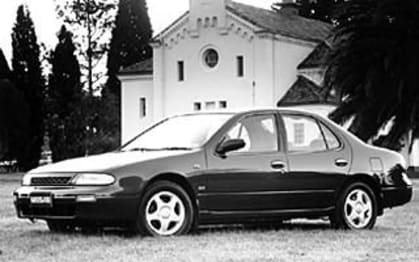 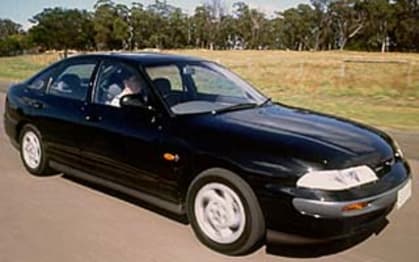 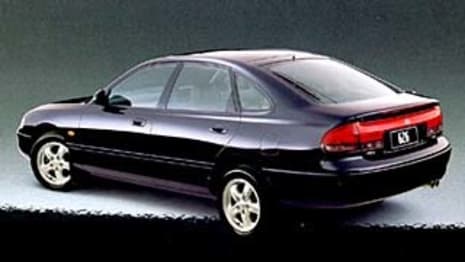