Ford launched the ill-fated AU Falcon with the slogan “You’ve come a long way baby” and proclaimed it as “dramatically different”. It was rather too dramatic for the conservative tastes of many Australians, and what was otherwise a decent car was crucified for its sad, down-in-the-mouth shape, but if you can put its depressing styling aside you’ll find a very competent family sedan that’s going for a song on the used car market.

The AU was doomed from the start when the motoring media jumped all over its radical styling. Some didn’t like the Forte’s waterfall grille, others the overuse of oval shapes, which was reminiscent of the imported Taurus, but most loathed the way it fell away at the corners, in particular the rear corners.

It seems that there were plenty of Australians who agreed with the criticisms and either put off buying a new car and stuck to their older EF or EL Falcons or switched to a Commodore.

While styling is a matter of individual taste, there were some practical criticisms of the AU’s shape. Headroom was limited, and it was easy to bang your head on the roof side rail as you got in or out of the front or rear. The shape of the rear door openings, and doors, was also criticised for the way it made it difficult to get in to the rear seat.

AU’s interior also came in for some well deserved criticism. The extensive use of oval shapes and cheap looking plastics created a dash with a cheap and nasty appearance. Otherwise the Falcon’s interior was roomy and quite comfortable, although the aforementioned headroom problem was something taller drivers had to contend with.

Power was predominantly from Ford’s venerable 4.0-litre overhead camshaft straight six that was more refined and smoother than before due to increased rigidity of the crankshaft, cross-bolted main bearing caps and a structural aluminium oil pan.

For greater economy Ford offered a dual-fuel option, which allowed owners to take advantage of the lower price of LPG. While peak power of the LPG engine was down on the petrol version, the torque was the same; hence there wasn’t much loss of performance.

Another neat feature of the AU was the fail-safe cooling which allowed you to limp home even if you lost all coolant from the system. The system simply shut down individual cylinders as needed to cut the running temperature of the engine.

Naturally such a system required a level of reliability of things like the cylinder head gasket and Ford put a lot of work into improving it, which will be a great relief to Falcon owners who suffered head gasket failures on earlier models.

The auto trans in the AU was more refined with smoother shifting, with claims that the service life would be as high as 250,000 km.

The AU’s suspension promised improved comfort and handling, with revisions to the double wishbone front and Watts Link live axle rear. Independent rear suspension was available as an option.

Forte was a new name to the Falcon range. The new badge, which has since disappeared in the BA, was fitted to the base model, while the familiar Futura and Fairmont badges were retained for the luxury and luxury sports models.

Continuous development over many years has seen the Falcon evolve into a sturdy car that doesn’t have a lot of faults, at least major ones.

Mechanics report few problems with the AU, there doesn’t appear to be the same issue with cylinder head gasket failure as there was in earlier models. A design revision on AU has cleaned up the problem pretty well, although further improvements to the head gasket in the new BA would tend to suggest that Ford didn’t think the problems were completely solved in AU.

On the road, there is little to complain about, although the Falcon is not as economical as the Commodore, at least around town. Expect the Falcon six to use about 15-20 per cent more fuel in city usage, but there is little difference on the highway.

• Sad styling has made the AU a laughing stock

• Robust and reliable with few faults

• A little heavier on fuel than rivals 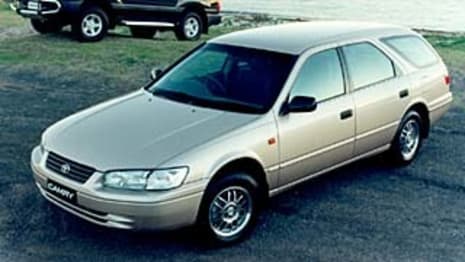 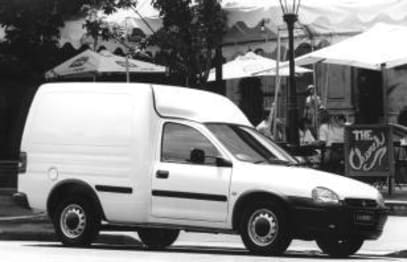 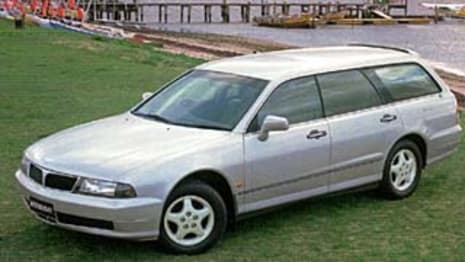