The new HiLux boasted new looks, larger cabins, and a vast range of models.
EXPERT RATING
6
The Toyota HiLux was well on its way to becoming an Aussie staple by the time the sixth-generation model was launched in 1997. And it's not hard to see why.

Where once Australian tradies drove locally produced Holden and Falcon utes, their deficiencies in terms of load-carrying capacity were starting to bite and the imported Japanese workhorse was fast becoming their preferred choice.

The new HiLux promised better performance, more comfort, higher load capacity, and greater safety. Available as a ute or cab-chassis, with a choice of single-cab, extended-cab and dual-cab body styles, a nominal payload of one tonne, rear-wheel drive or four-wheel drive, petrol or diesel engines, and a nominal one-tonne payload, the Japanese ute had all job sites covered.

The new HiLux boasted new looks, larger cabins, a raft of mechanical changes, and a vast range of models.

The entry model in the range was the Workmate, a rear-wheel-drive single cab-chassis or ute, with a 2.0-litre petrol engine and a manual gearbox.

There were few frills with the Workmate. Standard features consisted of a radio-cassette player, intermittent wipers and a steering column that was adjustable for tilt. If you delved into the options list you would have found air-conditioning and dual front airbags.

Being primarily a workhorse, the HiLux was all about function.

Standard features were a radio-cassette player with two speakers, power steering, a tilt-adjustable steering column and intermittent wipers. If that wasn't enough there was the options list to fall back on, which included air-conditioning, dual front airbags, metallic paint, and jump seats for the extended cab.

The SR5 was at the top of the range, it was the one with the most fruit and was aimed more at the foreman or the person wanting a weekend getaway vehicle. It came as a cab-chassis or a ute with a 2.7-litre four-cylinder petrol engine or 3.0-litre four-cylinder diesel, with a manual gearbox and four-wheel drive.

Standard features were the same radio-cassette player with two speakers, tilt-adjustable steering column and intermittent wipers as the rest of the range, but in addition it offered central locking, power mirrors, power windows, remote fuel cap release, a rear step bumper, and chrome bumpers and grille to stand out from the crowd. Options were air-conditioning, dual front airbags, and metallic paint.

Updates across 2001 and 2002 saw the 2.0-litre engine dropped from the Workmate, which was then upgraded to the 2.7-litre four-cylinder petrol engine.

The same update saw the introduction of a punchy new 3.4-litre V6 petrol engine option, and the option of a 3.0-litre four-cylinder turbodiesel for more pulling power.

Durability and reliability were higher priorities than comfort and refinement.

At the same time the SR5 was upgraded with new standard features including 15-inch alloy wheels, CD player, remote central locking, and side steps.

Across the range the spare tyre was a full-sized one, but the air-conditioning was not climate control and there was no sunroof on offer. Nor were there any of the modern day items like Bluetooth to connect your iPhone or Android device, sat nav, a touch screen, parking sensors, reversing camera or a park assist system.

Being primarily a workhorse, the HiLux was all about function. Durability and reliability were higher priorities than comfort and refinement.

Inside, you would find hard-wearing cloth trim, rubber floor mats, and sturdy plastics. All bodies were substantially wider and higher than the previous model, which delivered roomier and more comfortable cabins.

Single-cab models had a bench seat that could accommodate three - although that was a squeeze and the one in the centre would've had an uncomfortable ride. The extended-cab had seats for two with room behind them for tools or equipment that needed to be securely stowed. There was also the option of a couple of occasional-use jump seats. With seats for five, the dual-cab models offered the best accommodation.

Cabin storage options were limited to the glove box and door pockets, and there were cupholders in the dash.

Cabin storage options were limited to the glove box and door pockets.

At launch, the Workmate had a single-point fuel-injected 2.0-litre single overhead camshaft four-cylinder petrol engine that boasted performance peaks of 80kW and 166Nm.

At its performance peaks the 2.7-litre petrol engine produced 108kW and 235Nm. The diesel engine put out 71kW and 200Nm at its respective power and torque peaks.

All engines came standard with a five-speed manual gearbox, but the V6 had the option of a four-speed automatic transmission. Final drive was either rear-wheel drive, or dual-range part-time four-wheel drive.

There was none better in the range than the double overhead camshaft V6 with 124kW.

Despite concessions made to improve comfort and refinement, the HiLux was a working vehicle, and that meant compromises that impacted its driving.

It had independent double wishbone front suspension with coil springs, which helped ride comfort, but with a solid axle and leaf springs designed to carry a decent payload for rear suspension the ride was never going to be passenger-car smooth. It also rolled on light-commercial tyres which were also designed to carry the load. That all added up to a firm ride that wasn't overly comfortable.

It also meant the handling wasn't going to be particularly precise, and it had to be driven accordingly. When done so, it went and steered quite well.

With a turning circle of 12.2 metres, it was quite manoeuvrable for a vehicle of its type.

For performance, the V6 was by far the best choice, and produced the best 0-100 km/h times. But it came at the cost of economy; the diesel was the best choice for fuel efficiency.

While it was hailed for its car-like refinement, the reality was that it doesn't compare well to passenger cars for comfort, wind, or road noise.

Utes generally trailed their family car cousins when it came to safety features; they were always the last to benefit from the latest safety developments.

The HiLux introduced in 1997 relied on the structural integrity of the body and chassis to absorb an impact, and lap/sash front seat belts to restrain the occupants.

Airbags were available for the driver and front seat passenger, but you had to pay extra to get them. With this era HiLux now popular with learner tradies, it's best to look for examples with the optional airbags.

Anti-lock braking, even in its basic form without all the added features that are now commonplace on today's cars, was only available as an option. A good indication of the safety of this generation HiLux is that howsafeisyourcar.com.au rated it as poor.

The HiLux is renowned for reliability; they tend to keep on going and going.

The HiLux is renowned for reliability; they tend to keep on going and going.

There is nothing that should cause serious concern with anyone buying a used example, although there are many with very high odometer readings. It's perhaps best to avoid those and go for ones that haven't done so many kays.

The HiLux is a popular work vehicle for tradies and businesses, so be aware that many have been worked hard and are likely to be showing signs of a hard life. While they are capable of going the distance, it's important that they are serviced regularly to keep them on song.

Check for a service record that shows they have been serviced every 10,000km or six months.

The four-cylinder petrol engine has a timing chain, so doesn't need regular replacement, but the V6 petrol has a belt and requires changing every 105,000 m, while the turbodiesel change interval is 150,000km.

This generation HiLux came before capped-price servicing was introduced, but the service costs are not excessive.

The warranty when new was for three-years/100,000km, but that's long since expired and no longer applies.

If anything crops up, you'll probably find it on our Toyota HiLux problems page

Bert Dobson: I bought an ex-government 2001 2.7-litre double-cab in 2003. It's now done over 300,000km and it's still going strong. I've replaced the starter, shocks, and driveline boots, but other than that its reliability has been perfect.

Mick Brown: We purchased our SR5 Hilux to tow our horses. It's done a lot of hard work and now has over 350,000km on the clock, and has never let us down.

Benny Goodes: Our 2000 Workmate dual cab has done over 400,000km and all we've had to replace are tyres, brakes, exhaust and shocks. We use it on the farm for towing and it just keeps on going. 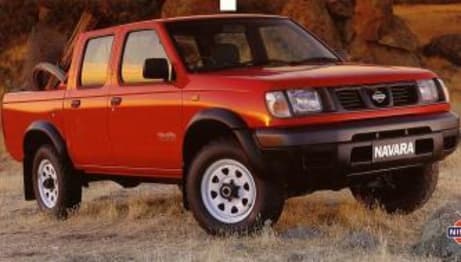 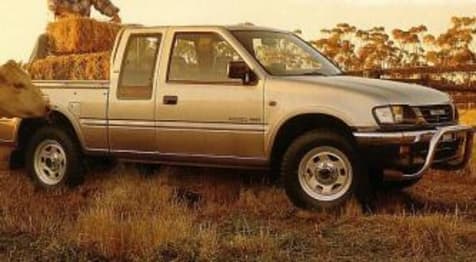 Ford Ranger Isuzu D-Max Toyota Fortuner Nissan Navara
Disclaimer: The pricing information shown in the editorial content (Review Prices) is to be used as a guide only and is based on information provided to Carsguide Autotrader Media Solutions Pty Ltd (Carsguide) both by third party sources and the car manufacturer at the time of publication. The Review Prices were correct at the time of publication.  Carsguide does not warrant or represent that the information is accurate, reliable, complete, current or suitable for any particular purpose. You should not use or rely upon this information without conducting an independent assessment and valuation of the vehicle.