Renault Laguna is a medium sized French car sold as a sedan, hatchback and station wagon, though not all bodies were offered at the same time.

Though Renault is one of Europe's biggest manufacturers its history in Australia was a bit hit and miss over the years; ranging from local assembly to missing almost altogether. The current importer is doing an excellent job but is concentrating on smaller, lower cost passenger vehicles, not those in the semi-prestige Laguna class. (It's also strong on light commercials, but that's another story.)

All of this has left the Laguna almost as an orphan, and selling at a lower price than it really deserves on the used-car market. So there are bargains waiting for those who want a classy French machine that's stylish, rides nicely, handles in a responsive manner and makes an impressive long distance tourer.

The French are famed for style, but the Renault Laguna manages to stand out without being too radical in its lines. Sleek, with a fair dash of elegance from the flowing front, over the long cabin to the kicked up tail, it works well in a mildly conservative manner.

Laguna is not a sports sedan, nor is it intended to be, yet is capable of handling bends at high cornering speeds with plenty of stability, safety and feedback to the driver.

Though it was first sold here in 1996 we are only featuring those from the Laguna II of 2006 until the eventual withdrawal of the car from our import list in 2011.

Petrol and turbo-diesel engines are offered, though at one time only diesels were imported. The diesel is a high-tech unit and is barely discernible as being an oil burner, except for engine noise at idle. It's almost impossible to pick as such when cruising.

Even in 2006 the Laguna came highly equipped to try and push it further upmarket in Aussie eyes.

Manual and automatic transmissions are offered, with the great majority of Australian drivers favouring the self shifter. It could be difficult to sell a manual in years to come, though drivers who do a lot of long country trips often swear by them.

Even in 2006 the Laguna came highly equipped to try and push it further upmarket in Aussie eyes. It has leading-edge features such as an automatic parking brake and the ‘credit card' keyless entry system. Other standard equipment on all models included cruise control, dual-zone climate-control and alloy wheels.

Laguna has a five-star crash rating from the European NCAP tests - hardly a surprise when you remember that the French giant was the first in the world to gain five stars on any vehicle. Safety features include ABS brakes with electronic brake distribution and brake assist, stability control and six airbags.

The new Laguna of 2008 was bigger than the model it replaced. Indeed it's not far short of that of a Commodore or Falcon in length. However it's narrower than the big Aussie sixes and three across the back can be a bit squeezy. Check for headroom in the hatch as it can be marginal for those taller than average.

Though the last Lagunas sold in Australia were imported in 2011 the current operator of the company here still provides spare parts, and dealers can carry out full servicing.

Spare parts are about average in price for the semi-upmarket segment the Laguna sits in.

Uncommon spare parts may not be available straight away, but can usually be shipped to dealerships within a few business days. However, if you're living in a non-metro area it might be an idea to make local enquiries before adding a Renault Laguna to your shopping list.

Insurance premiums do vary quite a bit from company to company, something that's not unusual in vehicles imported in smallish numbers. Shop around, but be sure to make direct comparisons.

A full service record by a Renault dealer will be a bonus, be sure the distance travelled on the trip meter matches that in the service book.

European built Laguna is screwed together well, though not to the very high standards of Asian and Japanese cars.

Gearchanges should be smooth and easy in the automatic transmission.

Check the interior for signs of parts that don't fit precisely, during your test drive listen and feel for any squeaks and rattles.

Body margins should be tight and true and the panels not have any ripples in them. If you think a Laguna may have been crashed and repaired either get a professional to check it out, or move onto another one.

Damaged wheels, especially the left front one, mean someone has been careless when parking - and therefore possibly in all their driving. Uneven tyre wear is another indication.

Make sure the engine starts easily and idles smoothly. The diesel may not be quite as quick as the petrol.

Gearchanges should be smooth and easy in the automatic transmission.

Manual gearboxes should be quiet and light in operation. Try a few fast downshifts from third to second and listen and feel for problems.

Looking for something a bit out of the ordinary? You might find there's a car club for it, in which case members can be a great source of information.

Have you owned a Laguna before? Tell us your experience in the comments below. 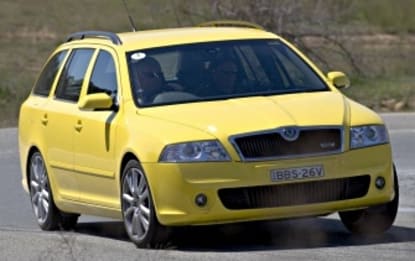 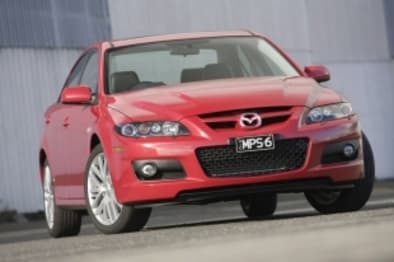 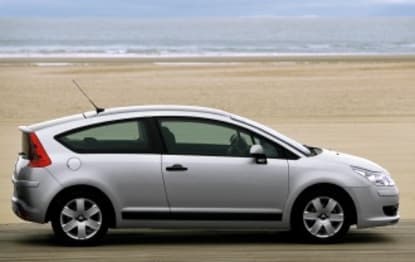 Renault Laguna cars for sale
View cars for sale
Disclaimer: The pricing information shown in the editorial content (Review Prices) is to be used as a guide only and is based on information provided to Carsguide Autotrader Media Solutions Pty Ltd (Carsguide) both by third party sources and the car manufacturer at the time of publication. The Review Prices were correct at the time of publication.  Carsguide does not warrant or represent that the information is accurate, reliable, complete, current or suitable for any particular purpose. You should not use or rely upon this information without conducting an independent assessment and valuation of the vehicle.