These big Mitsubishi family cars have a well-deserved reputation for being smooth and refined and in its early days the Magna made Holden’s Commodore and Ford’s Falcon rather ordinary in the noise, vibration and harshness (NVH) stakes.

Mitsubishi Verada was the name given to upmarket versions of the Magna and is sometimes regarded as a different model, though in reality, it’s just a Magna with plenty of extra kit stuffed inside.

All were built in Adelaide. The first Magnas were very much Australian products, later they became more closely allied to Japanese Mitsubishi models. The Mitsubishi 380 was based on an American Mitsubishi model and was larger and plusher than the Magna.

This once successful line of cars came to an abrupt end in April 2008 after slow sales of the 380 caused Mitsubishi to pull out of Australian manufacturing. In hindsight if the company had simply called the 380 the next generation Magna, the Adelaide factory might still be in operation today.

Body types are four-door sedan and five-door station wagon in the Magna/Verada, but the 380 was only built as a sedan. Rear-seat width isn't quite as good as that in Commodore and Falcon, but the Mitsubishi’s seats can handle three adults in reasonable comfort.

The big Mitsubishis have reasonably good handling for family cars, with the 380 feeling nice and sharp on the road. Engine performance from the old-style four-cylinder 2.6-litre engine is reasonable, but only just. The later four-cylinder models had a 2.4-litre unit with a much-improved design.

Four-cylinder models slowly declined in popularity over the years and were finally removed from the Magna range in 1999. Those on the used-car market now are likely to be near the end of their lives, though it must be said they are tough old units. A 3.0-litre V6 engine was released in the Mitsubishi Verada in 1991 and the Magna in 1993.

It was joined by a 3.5-litre V6 in some upmarket variants in October 1996. The bigger engine gradually spread to the rest of the range. In the later-model Magna Sports and VR-X, the 3.5 engine has additional power over the standard unit. The Mitsubishi 380’s 3.8-litre engine is a stretched version of the 3.5-litre unit.

There is good torque throughout the normally used zone of the rev range and the 3.8 is very pleasant to sit behind. Magna is offered with a five-speed manual gearbox, but the great majority of the original cars came with a four-speed automatic. A sequential shifting was first fitted on four-speed Magna Sports models from September 1997.

The auto was by far the most popular and the manual could be a problem to resell in years to come as the number of drivers interested in doing their own gear changes continues to decline. Mitsubishi’s Magna offers the extra traction of all-wheel drive in some sports variants to give the car a real sporty feeling.

These all-wheel drives are a real pleasure to punt hard and fast and keen drivers love their feel and grip. But they were never popular and could be hard to resell. These big Mitsubishis are spacious in their under bonnet area so servicing is relatively easy for amateur mechanics to carry out. Make sure to get a professional mechanic for safety-related work. Mitsubishi continues to operate strongly in Australia despite no longer being a local manufacturer.

Spare parts for cars up to 10 years old are still carried by Mitsubishi dealers. Prices are generally reasonable and we seldom hear of any real availability problems. Insurance charges are usually moderate and most companies charge much the same for four and six-cylinder engines. There may be an increase in the premiums for the Sports model if the driver is young and/or inexperienced.

Rust is seldom a problem but in a few cars it gets into the bottom edges of the doors, boot lid and or tailgate, and the fuel filler flap. Look for signs of damage to seats, carpets and trim, including inside the boot. Examine the top of the dash panel and the rear parcel shelf for faded, or cracked, plastic caused by constant exposure to sunlight. Automatic transmission problems have dogged these Mitsubishis but troubles are less frequent in newer models than in older ones.

Watch for an automatic that shifts gear when it doesn’t need to or suddenly shifts into neutral of its own accord. Look at and feel the front tyres for uneven wear, which can indicate front suspension problems. Check the paint and bumper bar around the exhaust tailpipe for an oily film, indicating engine problems. Make sure the brakes pull the car up in a straight line and that ABS, if fitted, sends a pulsing back through the pedal on hard application. Don’t forget to check your mirrors first!

When checking out a car aimed at the family buyer make sure to spend plenty of time looking over the back seat and the luggage area. 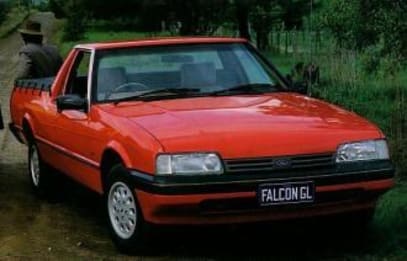 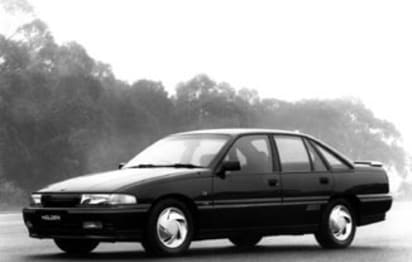 Mitsubishi Verada cars for sale
View cars for sale
Disclaimer: The pricing information shown in the editorial content (Review Prices) is to be used as a guide only and is based on information provided to Carsguide Autotrader Media Solutions Pty Ltd (Carsguide) both by third party sources and the car manufacturer at the time of publication. The Review Prices were correct at the time of publication.  Carsguide does not warrant or represent that the information is accurate, reliable, complete, current or suitable for any particular purpose. You should not use or rely upon this information without conducting an independent assessment and valuation of the vehicle.