With the Australian hunger for big cars still raging in the late-1980s carmakers looked to lesser mortals for sales of their small cars; those with limited budgets, young drivers, singles, and older couples looking to downsize as their offspring left home.

Never in their wildest dreams did they think anyone would aspire to own a small car.

It was into this highly ordered motoring environment that Mitsubishi thrust the CA/CB Lancer.

The expectations of small car buyers in the late-1980s were modest. They didn't want to pay much, and didn’t expect much in return.

The pretty front-wheel drive CA Lancer arrived in 1988 with a range of four-door sedans and three and five-door hatches, and a number of models.

Entry to the CA was through the GL sedan and five-door hatch.

It came with a 1.5-litre four-cylinder engine and a five-speed manual gearbox, and its standard features consisted of cloth trim and a radio cassette player with two speakers.

The GLX was also available as a sedan and five-door hatch, and it too had a 1.5-litre four-cylinder engine, but in addition to the five-speed manual gearbox it had the option of a three-speed automatic transmission.

The GLX was also available as a sedan and five-door hatch.

Cloth/velour trim was standard, so too was a radio cassette player (with two speakers).

The SE sedan and five-door hatchback had the same 1.5-litre engine and manual and automatic transmission choices; it also featured standard power steering and central locking.

There was no change to the GL in an update in 1989, but a new more powerful multi-point fuel-injected 1.5-litre engine option was added to the GLX, and became standard on the SE.

A four-speed transmission was the automatic option with the multi-point fuel-injected engine; the manual was a five-speed gearbox.

New to the range with the 1989 update was the SX three-door hatch, a sporty little gadget with the multi-point fuel-injected 1.5-litre engine, and alloy wheels, central locking, and a radio cassette player (with two speakers).

In 1990 the CB arrived with a number of cosmetic and mechanical improvements.

In 1990 the CB arrived with a number of cosmetic and mechanical improvements.

The GL still had a carburettor engine, but it now had more horsepower and torque, and a three-speed automatic transmission was made optional.

There was also more performance for the GLX, both the carburettor engine and the multi-point fuel-injected engine had more power and torque.

The updated GLX had more power and torque for 1990.

The sporty GSR appeared in the range for the first time. It was available in three-door and five-door hatch versions.

Power for the GSR was from a spirited 1.6-litre double overhead camshaft multi-point fuel-injected four-cylinder engine and had a five-speed manual gearbox.

In comparison to the rest of the range the GSR was quite well equipped with alloy wheels, cloth trim, power mirrors, power steering, rear spoiler and music was sent through four speakers.

Bluetooth was beyond imagination in 1988, so too were the iPhone and Android devices.

Instead of sat nav it was necessary to use maps and street directories to find your way around; there was no info screen, let alone a touch screen.

There were no reversing or parking aids, such as a reversing camera, parking sensors, or heaven forbid, park assist.

The CA/CB cabin was typical of a small car of its time, it was quite airy with good vision, but was awash with dull grey plastics that tended to ruin the ambience.

With individual bucket seats up front and a bench at the back, it could accommodate up to five, although three in the back was squeezy.

The CA/CB cabin was typical of a small car of its time, it was quite airy with good vision, but was awash with dull grey plastics.

All models had cloth/velour trim, there were no cupholders, and the spare tyre was a full-sized one.

There were no ISOFIX baby car seat mounting points, they were many years away from being introduced.

The late-1980s witnessed the move away from carburettors to multi-point fuel-injection.

When the CA was launched it had a 1.5-litre single overhead camshaft four-cylinder engine with a carburettor delivering the petrol and air.

It put out a modest 56kW, barely 75 horsepower, at peak power and 120Nm at peak torque.

A multi-point fuel-injected version of the engine was introduced in 1989 when it became optional on the GLX and standard on the SE.

A further update, to the CB, in 1990 saw the carburettor engine continue in the GL base model, but now with 65kW/120Nm, and a more powerful version of the multi-point fuel-injected engine, which now had 71kW/133Nm.

The introduction of the GSR in 1990 brought with it a 1.6-litre double overhead camshaft four-cylinder engine with multi-point fuel-injection.

It put out 90kW/144Nm at its power and torque peaks, and came with a five-speed manual gearbox.

All engines in the range ran on 91-octane unleaded petrol.

Performance of the CA/CB Lancer was leisurely, particularly with the 1.5-litre carburettor engine.

It picked up as multi-point fuel injection was introduced and the power and torque increased, but was still modest, with the 0-100 km/h acceleration time languishing in the mid-teens.

The best performer by far was the GSR with the double-overhead camshaft, multi-point fuel-injected 1.6-litre engine.

With independent front suspension and rear suspension the CA/CB Lancer’s ride was comfortable over most roads.

The handling, although not sporting, was balanced and reassuring in most situations.

Being a small car, when small cars were designed as transport for the poverty-stricken, the CA/CB Lancer wasn’t very refined, and external noises, such as wind and road noise were a constant presence.

It was at its best in town where its diminutive size and tight turning circle made it a delight to drive.

Safety features were minimal, there were no airbags, and no ABS braking and associated electronic driving aids.

It’s not a good choice for a young or inexperienced driver.

Buying a car as old as the CA/CB Lancer is risky. Most will be worn-out junkers, many will have been crashed, and virtually all will have been neglected as they’ve aged.

Listen for rattles from the engine, and smoke from the tailpipe, which indicates a worn engine.

Observe automatic transmissions for noise when driving, clunking when engaging Drive or Reverse, and flaring when shifting. Any of those would indicate the auto needs rebuilding.

Manual gearboxes should engage gears without clashing, and there shouldn't be any noises when driving.

Clunks in the suspension would indicate worn bushes or shot shocks.

Also common is faded and peeling paint; there’s no easy way to fix it.

Ask for a service record to show your chosen car has been regularly maintained.

The engines use a cam timing belt, which needs to be changed every 100,000 km or so, and regular oil changes using quality 10W-40 oil is essential for reliability.

Capped price servicing didn’t apply to the CA/CB Lancer, but service costs are not excessive.

The new car warranty expired many years ago.

Only buy if it’s in top condition with low kilometres and a credible service history. 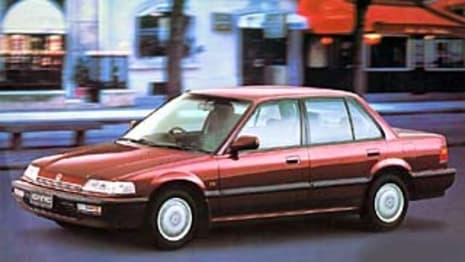 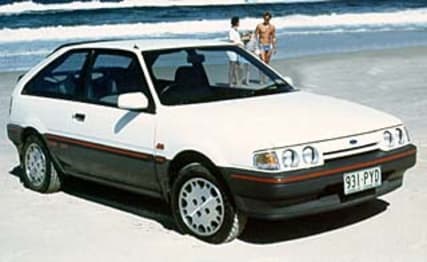