The CJ Lancer arrived in 2007 with plenty of promise.

Compared to the previous model the CJ had fresh looks, a longer wheelbase and wider track for more cabin space, and there was more equipment.

In an increasingly crowded, and hotly contested small car market, it tended to blend into the background rather than stand out, but anyone who cared to take a closer look would have discovered a solid, well built, and reliable car.

The VR-X was the sportier option in the initial line-up.

The CJ range offered a choice of four-door sedan and five-door hatch body styles, and a range of models to suit most needs and desires.

Most were front-wheel drive, but there were also sizzling hot four-wheel drive models to satisfy wanna-be rally drivers.

At launch, everyday motorists had the option of the entry-level ES, the VR mid-ranger, and the sporty VR-X, with the Aspire, Activ, RX, and SX, added to the range in the following months and years.

Weekend warriors could satisfy their need for speed with the rally-bred Ralliart and Evolution models.

It had steel wheels and full wheel covers, and the spare tyre was a space saver.

Metallic and pearl paint could be ordered as options.

Had you chosen the VR you would have got all of that plus alloy wheels, six-speaker sound with CD stacker, air-conditioning with climate control, fog lamps, leather-trimmed, multi-function steering wheel and hand brake lever, rain-sensing wipers, automatic headlamps, and a sporty rear spoiler and side skirts.

The list of standard features was even longer with the VR-X, and included 18-inch alloy wheels, Bluetooth to allow you to connect your iPhone or Android device, sports seats, sports pedals, keyless start, a body kit with high rear spoiler, and a front strut brace to aid handling. High end Rockford audio and a sunroof were available as options.

The four-wheel drive, turbocharged Evolution, or Evo, was Mitsubishi’s nod to its rally participation. It had everything you could imagine in a rally special, with sports suspension, a wild body kit, sports instruments, sports seats and a sporty steering wheel.

For more there was the optional 'Performance Pack', which saw the suspension and brakes upgraded.

An update in 2008 saw the introduction of the Aspire with a 2.4-litre engine.

At the same time the VR-X was upgraded with the 2.4-litre engine, and the Ralliart joined the Evolution on the performance front.

The RX arrived in 2009 and it was positioned above the ES, and could be distinguished by alloy wheels, and the Activ came a year later.

A reversing camera was added to the range, except for the ES, in 2012, but there were no parking sensors or a parking assist system.

The cabin had plenty of storage available.

The Lancer’s cabin was quite roomy for its size, with comfortable accommodation for five.

Front seats were buckets, sports seats in the sporty models, and the rear was a split-fold seat for extra carrying capacity when needed.

With the rear seat in the normal position the boot volume was 315 litres. With it folded the volume increased to 400 litres.

There was plenty of storage spread around the cabin, with an in-dash glove box, a compartment in the console, pockets in the front doors and front seat backs, bottle holders, and cupholders in the front and rear.

Most models had cloth trim, but up-range ones had leather, and some had woodgrain, as well.

The main power source across the range was a double overhead camshaft 2.0-litre four-cylinder petrol engine with variable valve timing that put out 113kW (151 horsepower), and 198Nm at is power and torque peaks, which was enough to give it solid performance in the class.

There was a five-speed manual gearbox available, but the transmission most buyers chose was the CVT, which was the automatic option.

The quirky CVT was not everyone’s cup of tea, but with the option of a six-speed sports mode the Mitsubishi transmission didn’t feel as soggy as some others.

With their connection to rallying the Evolution and Ralliart models had blistering performance delivered by a 2.0-litre turbocharged four-cylinder engine.

It was linked to a six-speed dual-clutch transmission, in turn to a four-wheel drive system.

The CJ Lancer was a capable and user-friendly small car. It did everything well and didn’t present anyone with any untoward challenges on the road.

With independent front and rear suspension, even in base form, it was sure-footed, steered well, handled corners with assurance, and the ride was well damped.

The steering was light, and the turning circle tight, making it easy to manoeuvre and park around town.

Step up the model range and the picture was even better, with sportier handling from the lower and former suspension.

Both engines were willing, the larger 2.4-litre unit had more torque to deliver smoother driveability, and for that reason, is a better choice than the 2.0-litre engine.

Those inside were treated to comfortable seating with little external disturbance from road noise or other potentially annoying elements to bother them.

The thrill-a-minute performance-tuned Ralliart and Evo models were different animals entirely; they were at their best competing on the track or in the forests.

The CJ Lancer was well equipped with safety features.

All models except the entry-level ES, which was rated at four stars, carried a five-star ANCAP rating from the introduction of the model.

Anyone wanting to upgrade the safety of the ES to five stars could have added an option pack of side and head airbags.

That changed in 2010 when the ES got the additional head and side airbags and was upgraded to the same five stars as the other models.

All five seats had lap-sash seat belts, allowing the fitment of a baby car seat.

The Lancer was one of the cars that had ISOFIX baby car seat mounting points before they were made mandatory in 2014.

Except for the CVT and dual-clutch automatic transmissions the Lancer follows a well-proven formula.

There’s nothing radical about it, nothing that should be cause for concern by anyone considering buying one second hand.

Most owners were keen to praise the reliability of their cars, saying they were well built and were for the most part reliable.

One issue that cropped up related to the operation of the ABS brakes as a result of the failure of the electronic module that controls the system.

Owners said their first warning of the problem was when the warning light on the dash began flickering. It eventually stayed on; the ABS braking system was then not functioning.

Check with the seller to see if there have been any problems with the braking system previously, and take note of the ABS warning light if it comes on.

Another thing to focus on when test-driving a car is the operation of the automatic transmissions.

No owner we spoke to raised any issues with either the CVT or the dual-clutch transmission, which suggests there are no problems with them, but the history of the transmissions in general says they are prone to problems.

Observe the CVT for shuddering on take-off or when accelerating, hesitations, or any other thing that doesn’t feel right.

In the case of the dual-clutch auto, observe for any hesitation on shifting, or incorrectly selecting neutral.

Check for a service record to make sure your potential purchase has been well maintained.

The recommended engine oil for the CJ Lancer is 5W-30, servicing should be every 15,000 km or 12 months, whichever comes first, and the engines have timing chains.

Capped price servicing was introduced in 2012 to keep a lid on service costs.

There have been some recalls, mostly for electrical issues, so check the service book to see what if any recall reworks have been done.

Buying a Ralliart or Evolution model requires extra caution when inspecting prior to purchase. As many will have been driven hard by enthusiast owners, or even used in motorsport competition, it’s important to check for signs of modification or abuse.

K. Brigham: I bought my 2010 Activ new. It’s solidly built, very roomy, comfortable, gets good mileage, and there have been no problems with it at all.

Anna Breinl: My 2007 VR-X is a great touring car, it’s comfortable, and it has been absolutely trouble-free.

Patrick Firth: The 2013 ES feels sporty. I like the performance of the 2.0-litre engine, the manual gearbox is good, and I get good economy.

Michael Beeston: I’ve owned my 2011 ES from new. It’s now done almost 100,000 km and there has been no problem with it at all. I like driving it, the handling is quite good, it’s safe, and the fuel economy is good.

Apart from the Evo the Lancer wasn’t very exciting, but it was a solid and reliable all-rounder.

Have you owned a Mitsubishi Lancer before? Tell us about it in the comments below. 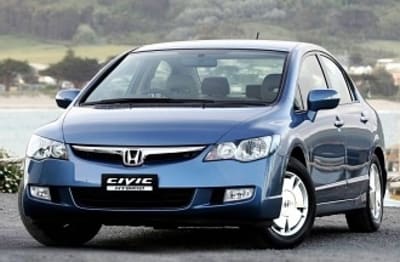 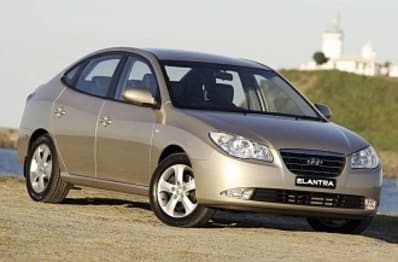 Lowest price, based on 64 car listings in the last 6 months