Being green is easier than you might think; you don't have to buy an expensive hybrid or oil-burner as some people would have you believe.

A smaller car, one with a smaller petrol engine, will do the trick for most folks. While hybrids are still expensive and diesel fuel is dear small cars like Honda's Jazz are economical and affordable.

Often, when you think about it, they will get the job done for most people as well. Why carry around all that sheetmetal and cast iron when you don't have to?

Besides, small cars are easy to drive, easy to park, and easy on the pocket. There's plenty of choice when it comes to small cars and prices vary wildly from brand to brand.

The Jazz, like Hondas tend to be, is one  of the premium models in its class, but that didn't hold it back when it came to popularity. The second generation GE arrived in 2008 and built on the first generation and the success it enjoyed.

There was a new body, although it looked much like the old one that had proved popular, particularly with women buyers who were taken with the styling. The same two engines continued to be offered, but they were revised.

The 1.3-litre entry-level engine in the GLi was given four valves per cylinder, which made it rev easier and more smoothly. Its output also went up substantially. The VTi and VTi-S were both powered by the larger 1.5-litre engine and its output was also boosted by a healthy amount.

Gone was the quirky CVT transmission of old that had been some what troublesome, and in its place was a regular five-speed auto. For those happy to shift themselves there was also a five-speed manual on offer.

The Jazz, with its upright peoplemover type body, is a practical little car offering good interior room, flexible seating and clear   visibility. On the road it steers well, handles with assurance, is comfortable and is easy to park.

Hondas generally have a good reputation for being reliable, although parts and servicing can be more expensive than some other brands. Good independent service agents specialising in Hondas are a good alternative to dealers if you want to save a few bucks. It's important, however, that the Jazz is well serviced and has the recommended oil changes.

Fresh oil and clean filters keep modern engines alive longer, so check for a service record for any potential purchase. The switch from the CVT transmission in the older model to a regular  auto is good news; the CVT suffered a number of problems that caused buyers headaches, none of which will bother buyers of the auto in the GE model.

ANCAP judged the Jazz as a four-star performer when it came to safety, it would have probably got an extra star had Honda made electronic stability control available. It didn't, but the Jazz did have ABS braking across the board, and traction control on the VTi and VTi-S. Dual airbags were standard on the base GLi, while the VTi and VTi- S also had head and side airbags for added protection.

Fuel economy is one of the most important considerations when most of us sit down to select the next car we will buy. Hybrids and diesels have been the flavours of the month in the last few years, but both come at a hefty cost that most people refuse to pay. 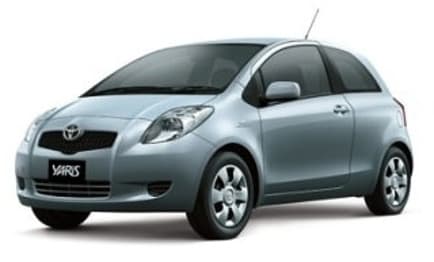 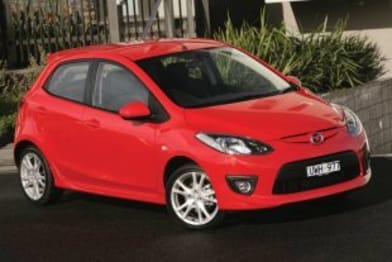 Lowest price, based on 54 car listings in the last 6 months

Toyota Yaris Kia Rio Honda Civic Mazda 2
Disclaimer: The pricing information shown in the editorial content (Review Prices) is to be used as a guide only and is based on information provided to Carsguide Autotrader Media Solutions Pty Ltd (Carsguide) both by third party sources and the car manufacturer at the time of publication. The Review Prices were correct at the time of publication.  Carsguide does not warrant or represent that the information is accurate, reliable, complete, current or suitable for any particular purpose. You should not use or rely upon this information without conducting an independent assessment and valuation of the vehicle.