EXPERT RATING
7
Jeep Grand Cherokee is a large 4WD that nowadays is aimed more at buyers of luxury station wagons rather than full-on off-road enthusiasts. However the Grand Jeep is true to its roots and is a genuine 4WD that can tackle rugged off-road work that would stop most of the crossover wagons sold by its competitors. On
Ewan Kennedy
Marque Motoring
16 Dec 2014 • 4 min read

Jeep Grand Cherokee is a large 4WD that nowadays is aimed more at buyers of luxury station wagons rather than full-on off-road enthusiasts. However the Grand Jeep is true to its roots and is a genuine 4WD that can tackle rugged off-road work that would stop most of the crossover wagons sold by its competitors.

On sealed roads, the older Jeep Grand Cherokee models aren't as competent as later ones. The steering needs a fair bit of work and isn't all that precise. Things improved with each new model and sometimes in midlife suspension upgrades as well. It's probably best you make your own decision by test driving a used Grand in the sort of running conditions specific to you.

Grand Cherokee has good interior space for five with cabin volume being improved with each new model. The person in the centre-rear seat gets decent foot space due to a relatively low centre tunnel. Older models are better suited to those wanting to transport a pre-teen child in the centre-back position.

The WG-series Grand Cherokee, sold from late 2000, is arguably better in than the WJ model it superseded. However, true Jeep devotees swear by the older one, loving its character and what they say is the "true Jeep" feel. As we said previously; your call.

The Grand Cherokee WH series from June 2005 shares some of its engineering, engines and transmissions with the Mercedes-Benz M-Class as it was partly designed during a short-lived Daimler/Chrysler partnership. The fourth-generation Grand Cherokee, the WK series arrived in 2011. It has a smoother, more refined look that results in a vehicle that looks more athletic.

Although it's large, the Grand Cherokee is easier to drive in traffic than you might expect due to its high seating position and the well-defined extremities of the body. Parking can a hassle in really tight situations but is seldom so in any well-designed car park.

Most Jeep Grand Cherokees have a petrol six-cylinder or V8 engine. Since March 2003, a turbo-diesel engine has been offered and is reasonably popular, though not to the extent of oil burners in European and Asian 4WDs and SUVs. In Australia, the Jeep dealer network operates in the bush as well as the suburbs. We hear of no significant complaints about the prices of spare parts or their availability.

Insurance costs are generally about average for this class of vehicle. The range of premiums between major companies doesn't seem to vary a lot, but it's still worth shopping around – as always make sure you come up with apples-with-apples figures.

Jeeps go off-road more than many so-called SUVs, so do a thorough body and underbody check. In particular look for damage to the protection plates, the platform and the bumper mounts. Salty sand on the under surfaces probably indicates beach driving – which is great fun, but if salt gets into the metal it can do dreadful things in the way of rust.

Listen for squeaks and rattles in the cabin when driving on rough roads. Look over the body for signs of scratches or other bush-bashing damage. There should be no fumes from the exhaust pipe, even when the engine is worked hard or has been idling for an extended period.

Automatic transmissions are typically American in that they are beautifully smooth. Any roughness should be a reason to call in a professional. Manual gearboxes aren't the most refined units but are generally trouble-free; beware of one that crunches on fast downchanges.

It makes sense for all those who will be travelling in a vehicle to take part in the pre-purchase road testing, particularly if the vehicle is large and potentially unwieldy. 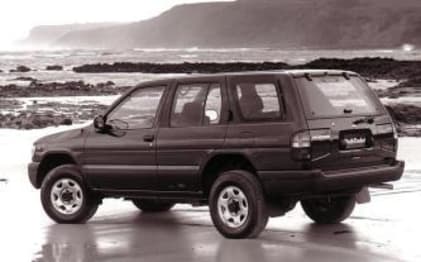 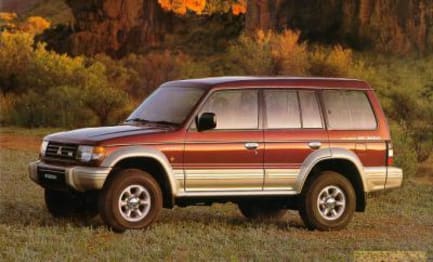 BMW X5 Audi Q5 Mazda CX-5 Volkswagen Touareg
Disclaimer: The pricing information shown in the editorial content (Review Prices) is to be used as a guide only and is based on information provided to Carsguide Autotrader Media Solutions Pty Ltd (Carsguide) both by third party sources and the car manufacturer at the time of publication. The Review Prices were correct at the time of publication.  Carsguide does not warrant or represent that the information is accurate, reliable, complete, current or suitable for any particular purpose. You should not use or rely upon this information without conducting an independent assessment and valuation of the vehicle.