Toyota’s decision to pull Daihatsu from its showrooms didn’t come as a great surprise to anyone who saw the brand’s presence declining over the last few years. Where once the Charade was a popular small car choice that offered good reliable motoring at a value-for-money price, neglect allowed it to slip into decline as other small cars moved ahead. As it slipped so too did it drop off buyers radar, which can only have hastened the end.

For many years the Charade was a solid little car that delivered Japanese quality at a price a touch under that of similar models in the mainstream Toyota model range.

It was never a car that stood out from the crowd, but that was its great appeal for many who simply wanted no-fuss, reliable transport at an affordable price.

Once the Korean makes had cut a swathe through the bottom end of our market Daihatsu was doomed. Instead of the cheap and cheerful little car it was then undercut by the cars from the Korean peninsula and didn’t have the gloss to run with the more expensive Japanese models it was by then really competing with.

For many years the Charade was just kept alive with a series of minor facelifts, a different grille here, new bumpers there and a shuffled model range was enough to make you think there really was something new.

For the most part it was just window dressing, it was the same old Charade tarted up to keep sales ticking over without necessarily doing anything special.

Then in 2000 Daihatsu actually dropped the name from its range. It had become tired through lack of action, and the company introduced new names and models aimed at competing with the runaway Koreans.

When nothing really seemed to work the company rebirthed the old name in 2003 on an attractively styled little hatch, but it was probably too little too late to save the brand from oblivion.

Up front the Charade packed a pint-sized 40 kW punch in the form of a 1.0-litre double overhead camshaft four-cylinder engine, but when it only has to move 700 kg it was sufficient to make it zippy. In other words it was perfect around town where it not only nipped in and out of the traffic with ease, but returned decent fuel consumption.

Daihatsu offered a choice of transmissions, the five-speed manual or the four-speed auto, and drive was through the front wheels.

Being of an upright stance visibility from the driver’s seat was good, the driving position, although also quite upright, was comfortable and everything was placed well within the driver’s reach.

The Charade was well built and as a result gives little trouble. It’s only just two years old and most cars will have done as little as 40,000 km so they’re in their infancy and any problems they might have still lie in the future.

The engine has a cam timing belt, which means a change around 100,000 km is called for and this must be done to avoid what could well be expensive trouble in the event of a belt breakage.

Check for a service record, essentially to make sure the car has been regularly serviced as the Charade is often bought as a cheap and cheerful mode of transport and some owners neglect to service them in order to save money.

Look also for bumps and scrapes, and stained paint, from being parked in the street where they can be attacked by other careless motorists and the elements.

When test driving make sure it drives straight ahead and doesn’t require constant steering correction to keep it on the straight and narrow. If it does it could be due to poor repairs after a crash.

The Charade’s small stature puts it at a distinct disadvantage in the event of a crash as almost everything else on the road is larger. But its size gives it an advantage when it comes to avoiding a crash, although it doesn’t have ABS, which would be a boon in getting out of trouble.

Dual front airbags are standard so protection is quite reasonable when it comes to the crunch.

Perren Mortimer needed a new car when her old Datsun 260C died for the final time. Her requirements were that it had to be affordable, economical, well equipped and able to swallow her keyboard. After looking at and dismissing other small car alternatives she settled on her Charade.

“I love it,” she says. “It’s really cheap to run and roomy enough for four people, and it’s also got lots of features like air-conditioning, CD sound and power mirrors.”

Good build quality equates to good reliability and combined with its economy makes the Charade a good choice for a first car. 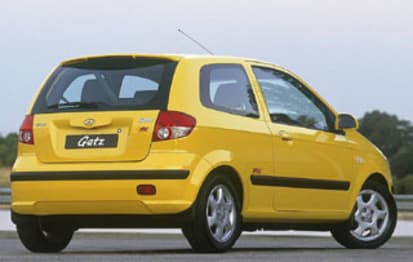 Daihatsu Charade cars for sale
View cars for sale
Disclaimer: The pricing information shown in the editorial content (Review Prices) is to be used as a guide only and is based on information provided to Carsguide Autotrader Media Solutions Pty Ltd (Carsguide) both by third party sources and the car manufacturer at the time of publication. The Review Prices were correct at the time of publication.  Carsguide does not warrant or represent that the information is accurate, reliable, complete, current or suitable for any particular purpose. You should not use or rely upon this information without conducting an independent assessment and valuation of the vehicle.