The fifth-generation HiLux showed signs of a shift towards a multi-use ute that extended beyond the weekday worker.
EXPERT RATING
5
According to Toyota, the HiLux name is a combination of 'high’ and ‘luxury’ - although those signing up for the fifth-generation model in 1988 might have disagreed.
Graham Smith
Contributing Journalist
18 Jul 2018 • 9 min read
Current Offers Build & Price Locate A Dealer

According to Toyota, the HiLux name is a combination of 'high’ and ‘luxury’ - although those signing up for the fifth-generation model in 1988 might have disagreed.

While it would, over time and a number of subsequent models, evolve into a multi-use vehicle, it was still very much a working-class hero 30 years ago.

Australians still preferred locally produced Holden and Falcon utes, but the HiLux was gaining ground with anyone wanting a no-nonsense go-anywhere workhorse with a useful payload.

Although it was still primarily aimed at tradesmen, farmers, miners, and anyone else who wanted a work vehicle, the fifth-generation HiLux that arrived in 1988 was showing signs of a shift towards a multi-use ute that extended beyond the weekday worker.

There were a raft of models and configurations to choose from, designed to suit whatever it was you wanted to do with your HiLux.

It was available as a cab-chassis, on which you could mount your own body, or a smooth-sided pickup, and there was a choice of single-cab, extended-cab or dual-cab body styles.

There was also a choice of petrol and diesel engines, rear- or four-wheel drive, a manual gearbox or automatic transmission, and a number of trim levels, from the basic entry-level version to the Grinner, DX or the SR5.

The HiLux was available as a cab-chassis, or a smooth-sided pickup, and there was a choice of single-cab, extended-cab or dual-cab body styles.

For those intending to put their vehicles to work, the HiLux had a payload of 1000kg.

The list of standard features was a short one; so much so that the addition of power steering as standard across the range in 1990 was regarded as a big deal.

Even in the SR5, the model aimed at foremen, or anyone wanting a sportier ride, you only got power steering and a radio cassette player as standard. If you wanted to pay extra you could have air-conditioning, but it wasn’t climate control.

There was no Bluetooth for connecting your iPhone or Android device, touch screens were still way off in the future, you found your way around using a street directory, not sat nav, and things like rear parking sensors, a reversing camera, or heaven forbid, park assist, were unheard of. But the spare tyre was a full-sized wheel.

A minor update in 1991 saw a new grille with the new Toyota badge at its centre, and a larger, more powerful diesel engine.

Buyers had the choice of three cabs, and each was very much a working space with hardwearing cloth trim and plastic fittings. Comfort wasn’t a huge consideration.

The single-cab was the basic one; it was roomy enough for two, but a bit of a squeeze for three across the bench seat and the guy in the centre had to deal with the floor-mounted gearshift lever.

Buyers had the choice of three cabs, and each was very much a working space with hardwearing cloth trim and plastic fittings.

An extended-cab option had extra space for storage behind the seat, and jump seats for occasional use.

The four-door dual-cab had seats for five; two in the font, and three in the back. It was reasonably roomy, and comfort was acceptable for a hard-riding work ute.

Storage options were few, limited to the glove box, and cupholders weren’t provided.

There was a choice of petrol and diesel engines. The Grinner came with a 1.8-litre carburettor-fed four-cylinder overhead valve petrol engine that offered just 58kW and 140Nm - its performance was modest at best.

For those who wanted more than the Grinner offered, there was a 2.4-litre overhead camshaft, carburettor-equipped petrol engine that produced peak power of 75kW – a mere 100 horsepower – and maximum torque of 185Nm.

Both petrol engines were designed to run on 91-octane regular unleaded.

The 2.4-litre came linked to a five-speed manual gearbox across the bulk of the range, but could also be had with a four-speed automatic transmission in rear-wheel-drive models.

As an alternative, there was a 2.4-litre, four-cylinder overhead camshaft diesel engine promising 56kW of peak power and 160Nm of maximum torque.

That was replaced in 1991 by a larger, more powerful 2.8-litre diesel that delivered 60kW and 183Nm at its performance peak. Both diesels came with a five-speed manual gearbox; there was no automatic option.

Final drive was either through the rear wheels on the two-wheel drive models, or through all four wheels via the part-time, dual-range, four-wheel drive.

Once on the road the HiLux’s working-class roots became clear. It was built to work, which meant there were compromises that regular passenger cars didn’t have,

The handling, steering and braking were problematic, it didn’t flow, go, or stop with any great degree of confidence, and the ride was hard to handle.

Refinement wasn’t a high priority for the HiLux’s designers, so cabin comfort wasn’t great, and wind and road noise was quite high.

Apart from lap/sash seat belts for the front seats, there were no safety features. There were no airbags, and no ABS braking.

The HiLux was made for beefy men, not children, it wasn’t made to accommodate a baby car seat, and there were no ISOFIX mounting points.

When buying used inspect the seat belts for fraying through use, and consider replacing them.

While the HiLux has a good reputation for reliability, like any used car of this age, it needs rigorous checking prior to purchase.

Normal wear and tear, plus the added stress of a life spent on the job site, in the bush, or on the farm, will have taken its toll. If you can find one that has been privately owned, well looked after, and regularly serviced, then jump at it.

But as most have been used as their maker intended - as a working-class vehicle - you can expect to find most are bruised and battered. Expect body damage from bumps and scrapes on the job site, and from carrying anything and everything in the tray. Also expect worn and even torn trim, and broken plastic bits and pieces in the cabin.

With most having done considerable kilometres, expect engines, gearboxes, drivelines and suspension components to be worn, and perhaps in need of replacement.

Check for a service record, but at this age such records are unlikely to have been kept.

Servicing was recommended every 10,000km or six months, and the cam-timing belt was to be changed every 100,000km.

The good thing about the HiLux is that it’s not beyond the skill of the average home mechanic to maintain and repair, and can be a good learning car for the young tradie starting out at work. But if you need to have it serviced by a mechanic, the service costs shouldn’t be high.

Capped-price servicing hadn’t been introduced when the fifth-generation HiLux was released, and the three-year/100,000km new-car warranty has long since expired, so don't look for any cover should things go wrong.

MORE: If anything crops up, you’ll probably find it on our Toyota HiLux problems page.

Tom Bilson: "I bought my SR5 dual-cab in 2015. It’s an amazing vehicle for its age. It’s tough and reliable, good on fuel, performs well on- or off-road, and tows well. It’s a bit slow, the comfort isn’t great, and the rear legroom could be better."

Jim Hurt: "I bought my 1991 HiLux diesel in 1996 with low mileage, and I have now done 400,000km with no real problems. I have replaced the glow plugs, done the brakes a couple of times, and the clutch once. It’s great."

Mel Burns: "They are great, economical, and you can do lots of kilometres and nothing ever goes wrong with them."

Almost at the end of the road, buy with care.
2 stars. 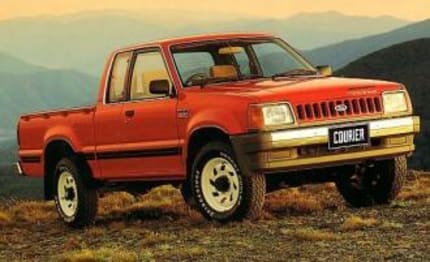 Ford Ranger Isuzu D-Max Toyota Fortuner Toyota Land Cruiser Prado
Disclaimer: The pricing information shown in the editorial content (Review Prices) is to be used as a guide only and is based on information provided to Carsguide Autotrader Media Solutions Pty Ltd (Carsguide) both by third party sources and the car manufacturer at the time of publication. The Review Prices were correct at the time of publication.  Carsguide does not warrant or represent that the information is accurate, reliable, complete, current or suitable for any particular purpose. You should not use or rely upon this information without conducting an independent assessment and valuation of the vehicle.