Well known as a safe buy, Toyota Corolla has been a major player in Australia since the mid 1960s. The Corolla was built in Melbourne until 1999 and fully imported from Japan since then, probably to the regret of the Australian branch of Toyota in recent years. Having been pulled from our market to make place in the factory for the not very successful Toyota Avalon, Corolla has recently become the biggest selling vehicle in Australia. And it's made overseas... Ah, well, hindsight is wonderful!

Corollas made in Australia had improvements made by local engineers to suit them to our conditions. To this day Toyota Australia provides feedback and engineering information to Japan and there's little doubt Corollas worldwide are all the better for this.

Suspension dynamics used to lean strongly towards comfort rather than sportiness, but that equation has moved more in the direction of satisfying handling. Indeed, the latest Corolla, introduced in November 2012, should be somewhere on the short list of keen drivers.

The great majority of Corollas are four-door sedans and five-door hatchbacks. A station wagon was sold until the model change of April 2007. While the wagon is a practical machine and has a good load area it was never particularly popular as buyers preferred larger wagons or SUVs.

Toyota Corolla has reasonable rear-seat room and a good-sized boot so is large enough to be considered as a family car if the children haven't reached their mid-teen years.

Engines are all four-cylinder units with a capacity of 1.8 litres. Manual gearboxes were five-speed units until the all-new model of 2007 when a six-speed was installed. An exception to this is the Celica-engined Sportivo which has a close-ratio six-speed unit.

The automatic transmissions are lagging behind many competitors in still being four-speed units. Performance from an automatic can be marginal in a car of this size so take it for a good test drive to check that it suits your needs.

Anxious to get away from the Corolla's reputation for being a sensible but boring car, Toyota has had a stab at a couple of sporting variants. These Sportivo models didn't have a lot of success having rather half-hearted styling-and-suspension jobs without any more engine performance than the standard cars.

Spare parts and servicing for these Toyotas are available through one of the biggest, most widely spread dealer networks in the Australia

The 2001 Corolla Sport model did have a turbo engine with plenty of grunt, but it was expensive and didn't sell well. This can be an interesting car if you are looking for something out of the ordinary, but talk to your insurance company first as insurers often take a dislike to turbocharged engines.

From May 2003 until 2006, Toyota imported the Corolla Sportivo with what was virtually a hot Celica 1.8-litre engine. There's plenty of power high up the scale, up to 141 kW at the peak, but down-low torque is noticeably lacking so driving can be irritating unless you are a full-on sports enthusiast.

The Corolla has a simple layout and is easy for the good amateur mechanic to work on. But please stick to non-safety work unless you are a professional. Workshop manuals are readily available at specialist motoring bookshops as well as some general suppliers. We recommend you have one at your side before commencing work.

Spare parts and servicing for these Toyotas are available through one of the biggest, most widely spread dealer networks in the Australia. Some outlets in the outback may not stock less common components for the Corolla but can have them shipped in promptly.

Insurance premiums are usually low on all but the turbocharged and full-house Sportivo models. If looking at the latter make enquiries in advance, particularly if you are a young and/or inexperienced driver as the premiums can be budget breakers.

Check for signs of panel damage or previous crash repairs. Easiest to spot are ripples in the body, best seen by looking at the car end on in good light; watch for paint colours that don't match correctly; look for tiny spots of paint on areas like glass, badges and rubbing strips that should be paint free.

Look carefully at the interior for signs of damage or excessive wear.

Drying out and cracking of the dashboard top or rear shelf probably means the car has seldom, or never, been garaged.

The engine should start within a couple of seconds and settle into a smooth idle within seconds. Listen for a rattle from it when it does start and check the oil light goes out quickly.

Look for smoke from the exhaust pipe when the engine is accelerated hard after having been idling for a minute or so.

Make sure the brakes don't pull the car to one side when they are applied hard and that ABS, if fitted, works correctly. A pulsation through the brake pedal under hard braking will tell you all is OK.

Rust is not common in later-model Corollas, but can sometimes be found around the fuel filler cap and the hinges of the rear hatch. Check the bottom corners of the doors and mudguards, the door sill panels and in the lower edges of the bootlid or tailgate.

Start shopping around for a used car several weeks before you intend to buy. This gives you a solid feel about the market before stepping into the home territory of used-car sales people. 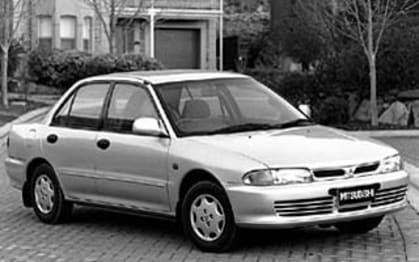 Lowest price, based on 20 car listings in the last 6 months