Like to drive something out of the ordinary in a small car? Such as a French car with plenty of style and excellent performance, if you opt for the ultra-hot variants? Then the Renault Clio should sit somewhere high on your used-car shopping list.

Clio is generally reliable and is put together well enough, though often not quite to the standard of the Japanese and Korean cars of the same size. Then again, the Renault is so much more pleasant to drive than a Japanese car, particularly if you're an enthusiast who likes a lot more than simply transport in your machinery.

In Europe, the Renault Clio is considered to be large enough for use as a family car though in Australia they tend to be used more as a premium alternative and are generally being driven by singles or couples.

Some cars with 'Sport' in their name are pretenders with no extra performance, others are the real deal. Sporting Renault Clios fall into the latter category.

The extra-hot Renault Sport was in the vanguard of the French marque's return to Australia in May 2001. There is nothing subtle about this machine, the Renault engineers installed a big 2.0-litre engine into a small, light car. They also gave it bigger brakes and firmer suspension to match the extra power. The result is an excellent hot hatch that's a huge amount of fun to drive.

Though the Renault Sport models tend to grab the limelight and make up quite a large percentage of Clio sales, there's more to the range than this three-door excitement machine. After the Sport had made its name, the more affordable models began to arrive downunder in December the same year. These were five-door hatchbacks to complement the sporting three-door models and sold pretty well from the time they were introduced.

Handling is sharp and pleasant, even in the standard models – simply superb in the sports ones. Ride comfort is very good for a car in this class, though the RS obviously leans in the handling direction in the eternal ride/handling compromise.

Rough Australian backroads are generally handled with ease, but if you plan to do a lot of bush driving the car may be a little out of its depth. Try one for yourself.

It's wise to buy a Renault Clio that's always been serviced by an authorised dealer. Ask to see the service books and check they match the car. You will probably pay more for a car, but it's money well spent. If you continue to have the car serviced and keep the record clean chances are you will do a better deal when it's time to trade up.

We have heard of no real problems in getting spare parts.

There are now quite a few Renault dealerships in Australia, some dating back for many decades. They tend to congregate in major cities, but we have struck some well regarded non-factory mechanics in country towns.

We have heard of no real problems in getting spare parts. These are slightly more expensive than for Japanese and Korean cars, but not outrageously so.

Insurance on all but the sports Clios is a little more expensive than average, but not outrageously so. Some insurers will really slug you for the Sport, GT and RS versions. If shopping around, always check in detail on what is covered, and what is not.

Sales of the Clio were slow and imports were temporarily discontinued in 2006. The Renault Sport Clio reintroduced the brand in 2008. An aggressive new management is now in place and sales have increased significantly over the last two to three years. This may increase the value of older models, so it might be an idea to move quickly.

The body is generally built to a good standard but we have seen a few rough areas in some older cars, especially in the cabin. During your test drive find a bumpy road and listen for any squeaks or rattles inside the Clio.

Look for body damage or areas that have been repaired. Paint that doesn't quite match from one panel to another and/or crinkles in the body are relatively easy to spot once you have some experience.

An engine that doesn't start easily and idle reasonably smoothly should be treated with suspicion. The sporting versions aren't as smooth as the standard ones.

Check the camshaft and accessory drive belts have been replaced according to schedule, that is within the recommended four-year / 100,000 km period.

A gearbox that's stiff at times could have problems, some are OK once they are warmed up but a bit reluctant to move when cold. This is probably acceptable but we would prefer it if you got a mechanic to check it out.

Quite a few sports model Clios will have been driven hard, in particular the RS. Check the condition of the tyres and be wary of any with severe wear on their outer edges.

Look for a lot of brake dust on the insides of the wheels, particularly the fronts, as well as on the brake callipers and suspension components.

Make sure to follow up your initial inspection with one from a professional, preferably one with experience of these cute little French cars.

Planning a track day in a hot hatch? Before doing so it might be an idea to spend some time as a spectator. There's a good chance you will find a Renault or two. Competitors are normally only too happy to talk about their machines. 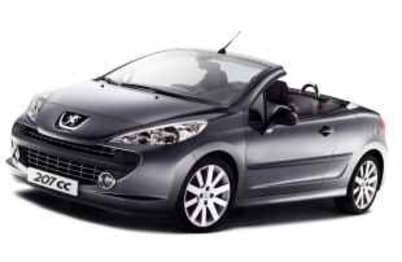 Mazda 2 Citroen C3 Renault Captur Toyota Yaris
Disclaimer: The pricing information shown in the editorial content (Review Prices) is to be used as a guide only and is based on information provided to Carsguide Autotrader Media Solutions Pty Ltd (Carsguide) both by third party sources and the car manufacturer at the time of publication. The Review Prices were correct at the time of publication.  Carsguide does not warrant or represent that the information is accurate, reliable, complete, current or suitable for any particular purpose. You should not use or rely upon this information without conducting an independent assessment and valuation of the vehicle.