EXPERT RATING
7
Audi Q7 was designed back in the days when car makers were under the impression that buyers wanted an SUV to traverse difficult country. In fact, the great majority were just looking for a practical station wagon in which to transport their families. So the original Audi Q7, launched here in September 2006, was

Audi Q7 was designed back in the days when car makers were under the impression that buyers wanted an SUV to traverse difficult country. In fact, the great majority were just looking for a practical station wagon in which to transport their families.

So the original Audi Q7, launched here in September 2006, was designed as a semi-serious 4WD not merely an SUV. And what a launch it was; Audi sent 15 examples of the Q7 downunder on a 7000 kilometre trek through central Australia from Sydney to Broome, including unsealed roads, through Sturt’s Stony Desert and the Tanami Desert, as well as tackling the biggest sand dune of the Simpson Desert, the famed Big Red.

The 15 vehicles came through with flying colours, having been driven by a total of 120 drivers along the way (four stages, two drivers per vehicle per stage).

The point Audi wanted to prove was that the Q7 is a vehicle that has all the style and luxury of the soft roaders, but also can acquit itself well in the bush.

Top of the range V8s have adaptive air suspension as standard equipment and this is available as an option on the diesel versions, which have coil springs and dampers in their basic guise.

With the adaptive air suspension, ride height can vary between 180 mm and 240 mm, depending on conditions and on the mode selected by the driver. When in off-road setting, running at maximum height, the system will lower the ride height once the vehicle exceeds 100 km/h, to provide a lower centre of gravity.

So good was the original Q7 design that it lasted for close to a decade, with the second generation not being released in Europe until May 2015, and imported to Australia from September that year.

The gen-two Audi Q7 was sensibly designed as a family wagon, though it still retained good off-road traction using the latest high-tech electronics. Trimming down the overall toughness let the designers rip almost a third of a tonne from the mass of the Q7 (though the use of ultra-modern materials played their part).

The all-new Audi Q7 has created a lot of interest and strong sales, meaning there are quite a few trade-ins to be disposed of as used cars. There may be bargains out there as dealers try to clear the onrush. No promises, though, but get out there and see what you can manage.

Obviously we aren’t covering the new generation Audi Q7 in this used-car feature, working instead on the 2006 to 2015 models.

Interestingly, the Q7 is available as a five, six or seven seater. The six-seat version was ignored by most and a large percentage of new car buyers went for the seven seaters.

Interior space is good, though as is usually the way, the third row is best left for the junior travellers.

Initially, the Q7 was available in Australia with a choice of a 171kW 3.0-litre, six-cylinder turbo-diesel engine, or a 257kW 4.2-litre petrol V8. A 3.6-litre V6 petrol engine developing 206 kW was added to the range a few weeks after the diesels. In September 2010 the 3.6 V6 petrol was replaced with a V6 supercharged unit displacing 3.0 litres and producing 245kW. The V8 petrol was also discontinued at this time.

If you’re one of these people who think too much grunt isn’t quite enough you may care to hunt down a 6.0-litre V12 turbo-diesel with a crazy 1000 Newton metres of torque introduced here in November 2009. With a price tag of over a quarter of a million dollars these weren’t exactly big sellers so were pulled off the price list in 2012.

All engines are mated to a six-speed automatic transmission until the 2010 makeover, when an eight speed auto was installed. Both automatics have Tiptronic manual shifts for those who prefer to select their own gears.

Drive it to all four wheels using Audi’s quattro system – no namby pamby two-wheel-drive option for this vehicle.

There are plenty of Audi dealers in Australia as the company has expanded greatly in recent years. Naturally, most are in metropolitan regions, but dealers are increasing in numbers in major country cities.

These are complex vehicles and we suggest owners only tackle the most basic of repair and servicing work themselves. It makes sense to use only professionals with training in the marque.

Insurance premiums are about average for the upmarket Euro SUV class and there is seldom a great deal of difference in charges from one company to another. If shopping around make sure you understand the exact comparisons.

A full service record is considered a must by many buyers in this field – we suggest you join the crowd.

SUVs that do heavy-duty work carting kids can get knocked about back there. It’s smart to do the initial stages of your pre-purchase inspection by checking out the area behind the front seats.

Luggage carting can be tough on carpet and seatbacks, check for damage in these areas as well.

Make sure the engine starts quickly and idles smoothly even when it’s cold.

Check that a manual gearbox changes smoothly and quietly and that an automatic transmission doesn't hunt up and down the gears when climbing moderate hills with light to medium throttle openings.

Uneven front tyre wear probably means a Q7 has been the subject of some hard driving by an over enthusiastic dad on country trips (it usually is dad rather than mum…). It can also mean one of the wheels is out of alignment as the result of a crash, though that crash may have simply been a hard thump against a kerb. 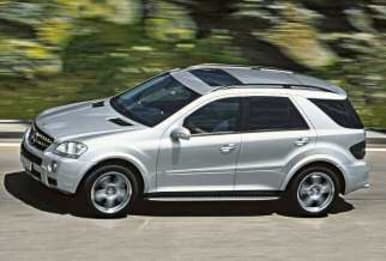 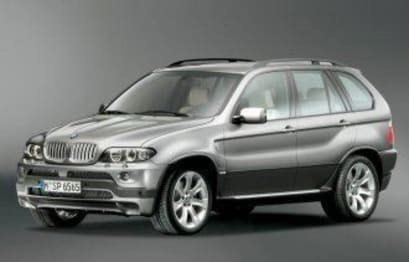 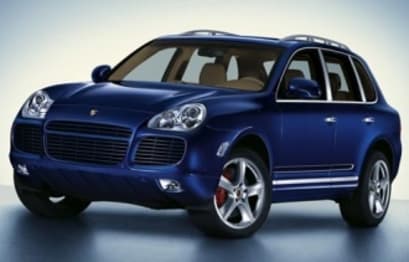