BMW X5 2003.
EXPERT RATING
5
Carsguide reader Ramon Cruz is intending to test drive a 2003 BMW X5 4.4i, which has done 180,000 km, and asks if we could advise him of what he should look for with this model? New The surging popularity of SUVs made it inevitable that every carmaker would join in, even carmakers like BMW that are noted more for
Graham Smith
Contributing Journalist
CarsGuide
19 Aug 2014 • 4 min read

Carsguide reader Ramon Cruz is intending to test drive a 2003 BMW X5 4.4i, which has done 180,000 km, and asks if we could advise him of what he should look for with this model?

The surging popularity of SUVs made it inevitable that every carmaker would join in, even carmakers like BMW that are noted more for their sporting cars than utilitarian models like four-wheel drives.

But when BMW did arrive in the market with an SUV it wasn't just any old wagon, it was a groundbreaking luxury model.

The X5 was one of the first of a new breed of luxury SUVs and set new benchmarks for the class.

With its history of great sporting cars it was only natural that the company would bring that same ethos to the SUV market.

With a mass closing in on 2.5-tonnes it was always going to be a challenge for BMW to endow the X5 with the sort of dynamics its cars were renowned for. But they did pretty well.

The six-cylinder model was the best balanced of the range, while the V8s tended to be a little front-heavy and ponderous by comparison.

Most were equipped with five-speed sports-shift automatic transmission, but there was also an option of a five-speed manual gearbox with the 3.0-litre six.

The final drive was directed through all four wheels as required, with a minimum of 62 per cent directed to the rear wheels to give the X5 the feeling of a rear-wheel drive sedan.

Modern electronics gave designers the capability of controlling each wheel individually, so systems like traction control and ABS could be used to brake individual wheels as needed and direct traction to other wheels that weren't spinning or losing traction. That meant the X5 handled slippery roads with aplomb and was quite adept off-road if the going wasn't too tough.

Being a luxury model the X5 lacked nothing in the way of creature comforts, including things like air, cruise, CD sound, leather, and power front seats.

ANCAP didn't test the E53 X5 when it first hit our shores, but suffice to say that it had everything that was state-of-the-art in 2000.

Included in a comprehensive arsenal of safety gear was a full array of airbags, ABS braking, traction control and dynamic stability control.

There's no escaping that the early X5 is now an old car, the earliest being 14 years old.

Cars at the lower end of that mileage could be expected to have plenty of reliable life left in them, ones at the higher end, like Ramon's, much less.

While BMWs have plenty of badge cred they can get expensive as they age, and anyone buying a high mileage example needs to approach it with caution.

It's absolutely vital to check for a service record. A car that has been regularly serviced and well maintained by someone who is familiar with the marque and its foibles is much more likely to be reliable than one that has been neglected.

It's best to get a mechanic experienced in BMWs to check out any prospective purchase being a deal is done. 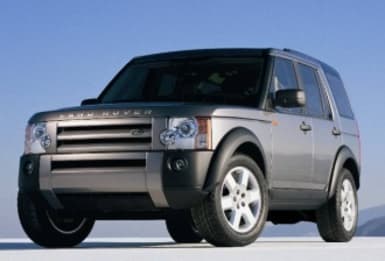 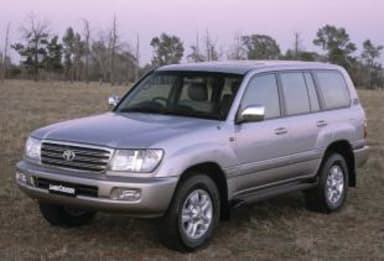