Commodore was the best selling car in Australia for many years so there are hundreds of used family Holdens on sale at any one time, meaning that smart buyers can take their time and find exactly what they want.

Australian designed and built Holden Commodore are very well suited to local driving conditions and have exactly the kind of feel that keen Aussie drivers demand.

This is a genuine five-seater, though the person in the centre-rear seat may find foot space compromised by the bulky transmission tunnel.

Boot space is good in the sedan and excellent in the wagon due to the latter's longer wheelbase. However, the wagons in the VE range, sold from September 2009, have the same wheelbase as the sedan, so they miss out on the huge load volume that was a feature of previous Commodore wagons with their stretched wheelbases.

The introduction of the virtually all-new VE series Commodore sedans in August 2006 saw a touch of European class in the styling and real enhancements to the ride and handling qualities. VE Series II was introduced in September 2010 and had minor external changes. Inside it was a different story, the GM i-Q multimedia system saw an entirely new look for the centre stack with the new touch screen. The system controls full Bluetooth, USB, iPod and MP3 player integration.

Powertrains didn't always coincide with the major body changes. Most Commodores prior to the VZ range have a pushrod V6 engine of 3.8 litres. There's also a supercharged variant of this 3.8-litre, but it was never a real success so was discontinued in 2004.

The VZ saw the introduction of an all-new V6 engine. A forerunner to the unit fitted to the VE Commodore, it was a twin-cam unit of 3.6-litres. As fitted to the VZ it wasn't particularly smooth or quiet. There were some improvements in feel when the engine was installed in the VE, but the engine still disappoints in this area despite several attempts to improve it over the years.

A smaller V6, this time of 3.0-litres and aimed at lower fuel consumption and emissions, was introduced in September 2009. It hasn't proven all that popular but is a sophisticated unit and worth considering.

There were two V8s in the pre-VZ Commodores; one an old Australian design of 5.0-litres, the other a Chevrolet unit adapted to Holden specifications with 5.7-litres. This Generation III Chev V8 is much better than the old Holden engine. The 5.7-litre Gen III was replaced by a Gen IV with 6.0-litres in January 2006, again as a teaser to the upcoming VE Series.

Prior to the VE series, almost all Commodores came with four-speed automatic transmissions. Five-speed manual gearboxes are on the crude side and very few were sold. Six-speed manuals were offered in the SS range and are relatively common.

On the sporting side are the Commodore S and SS with firmer suspension, tauter steering, revamped seats and body kits.

The most expensive model in the range isn't called a Commodore, but the Holden Calais.

Holden frequently introduced special editions, the best value of these are arguably the oft-recurring Equipe and Lumina series.

Commodores are easy cars to work on with plenty of access to most mechanical components. The good amateur mechanic can do most of their own repairs although it's best to leave safety related items to professional mechanics.

Spare parts prices are generally reasonably priced and Holden's widespread dealer network is as strong in the bush as the ‘burbs.

Insurance is very reasonable for a car of this size and performance, though there can be a big increase for the sportier models, especially with supercharged or V8 engines.

Paint that doesn't match exactly from one panel to another is another clue a car has spent time in a panel beater's.

Aussie family cars are big easy going machines that can handle a lot of hard work. But it's better still if you don't buy one that's been given a beating. 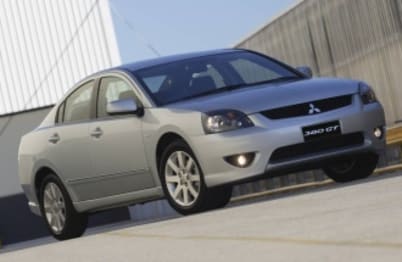 Holden Calais
Disclaimer: The pricing information shown in the editorial content (Review Prices) is to be used as a guide only and is based on information provided to Carsguide Autotrader Media Solutions Pty Ltd (Carsguide) both by third party sources and the car manufacturer at the time of publication. The Review Prices were correct at the time of publication.  Carsguide does not warrant or represent that the information is accurate, reliable, complete, current or suitable for any particular purpose. You should not use or rely upon this information without conducting an independent assessment and valuation of the vehicle.