Before buying an X5 consider where you would have it serviced.
Graham Smith
Contributing Journalist
Herald Sun
29 Apr 2013 • 4 min read

The BMW X5 received rave reviews when it was launched; road testers were ecstatic about the performance and handling of the big wagon.

The new model released in 2007 looked much like the previous model, but it was bigger, and for the first time there was seating for seven.

There were lots of other upgrades too, including improved engines, double wishbone suspension, forged aluminium front suspension mounts, magnesium dashboard support, and improvements to the iDrive four-wheel drive system.

BMW offered three engines, all improved. They consisted of a 3.0-litre six-cylinder petrol slurper, a 4.8-litre V8 and a 3.0-litre turbo-diesel. The V8 went like gangbusters, but had quite a thirst for premium unleaded, making the 3.0-litre petrol engine and the turbo-diesel the most sensible choices.

Of those two the turbo-diesel got the nod as the best choice overall. It was the most economical, but still had sufficient performance for the task at hand, and it was rated the best balanced of the new bunch on the road.

A slick shifting six-speed auto was the main gearbox choice, but that was joined by an eight-speed self-shifter in 2010. Nothing was lacking when it came to the cabin, it was roomy, the seats were comfortable, and it had everything you could want.

The X5 looks like a winner in the showroom, but drive it away and the story isn't so clear-cut. BMW's behemoth receives mixed reviews from the trade, with reports of numerous issues that could tarnish the ownership experience. While the body and underlying mechanics, that is the engines, gearboxes and drivelines are reasonably robust and reliable, the bolt-ons are not necessarily so.

To make matters worse, replacement parts are very expensive. Australians pay two to three times what Americans do for the exact same BMW-branded factory replacement parts. The very same parts, made by the same suppliers, companies like Bosch, but without the factory branding or packaging can be sourced by sharp mechanics for even less than the factory equivalents.

Anyone contemplating buying a used X5 should think long and hard about it before committing to a car. Buying a car with high kays on the odo, that's 100,000 km or more, is taking a real risk of their dream becoming an expensive one. The best car to buy is the one that's just come out of lease, they generally have low kays and they've been well serviced.

Before buying an X5 consider where you would have it serviced. BMW dealers will charge you the most, both in labour and parts, an independent specialist will charge much less and will most likely be able to source cheaper parts and in some case be able to repair parts instead of replacing them.

Don't jump in; have your preferred car checked by an expert before you buy.

The X5 is a great driver, but parts and servicing can be very expensive as the kays climb.

Do you own a Holden Colorado? If so tell us what you think of it by sending your comments to Graham Smith at grah.smith@bigpond.com or Carsguide, PO Box 4245, Sydney, NSW, 2010. 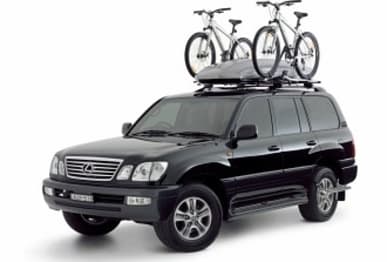 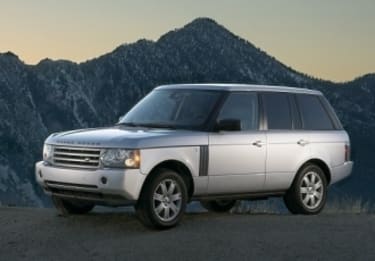 Lowest price, based on 62 car listings in the last 6 months