There was no escaping it, Hyundai was going to be closely scrutinized when it launched the Terracan here.
Graham Smith
Contributing Journalist
Herald Sun
25 Mar 2010 • 5 min read

It was no mistake that Hyundai chose the Victorian high country to debut its diesel Terracan, the company knew its new offroader was perfectly capable of conquering the tough terrain and was more than happy to demonstrate it.  The diesel Terracan CRDi was a new addition to the Terracan range in 2005, and the first diesel model Hyundai released in this country.

It had been available in other countries for a year or two, but couldn't come here until the quality of the local diesel fuel improved. That had happened by 2005, so it was with great excitement that the Korean carmaker added it to its Terracan range.

The petrol-only Terracan was unveiled four years earlier, in 2001, when Hyundai was stepping up its presence here and moving from a seller of cheap-and-cheerful cars to a serious player in the market mainstream.

The addition of the diesel served to underline the shift and brought with it an important new choice for SUV buyers.

While the Terracan CRDi was a new model to the range in 2005, apart from the diesel engine it was the same as the petrol-engined wagon that arrived in 2001.

The market for offroaders is a highly competitive one, one in which Hyundai was up against carmakers with years of experience building rough, tough vehicles for the most extreme conditions.

It is one familiar to many Australians who love nothing better than a weekend away in a remote corner of the country. These people know their stuff when it comes to an offroader and mark any vehicle that fails to meet their demands hard.  There was no escaping it, Hyundai was going to be closely scrutinized when it launched the Terracan here.

True, the market for offroaders has divided into a number of sub-segments as families have adopted SUV all-wheel drive wagons as their preferred means of transport, but any new model with the claim of being an offroader comes under the spotlight of serious offroaders.  Before the launch of the CRDi in 2005 the only engine available was a 3.5-litre V6 with 145 kW and 302 Nm when it was being pressed at its peak.

The addition of the 2.9-litre common rail turbo diesel in 2005 changed the landscape for the Terracan, the diesel was much better suited to serious offroading and was also handy when it came to towing.  Both engines carried the option of five-speed manual and four-speed auto transmissions and drove through all four wheels.

The Terracan's suspension had come in for some criticism, it wasn't that great once the black top ran out, but in 2005, when it introduced the diesel model, it also added an improved suspension option developed locally.

With a package of goodies including Edelbrock gas shocks, revised rear springs and bump stops the 'Trek n' Tow' suspension pack made a huge improvement over the standard set-up, and better still it was fully backed by the factory.

While the suspension copped some flak early on, the Terracan was generally praised for its value-for-money proposition.  There were in essence two well-equipped models in the range, the Terracan and Terracan Highlander.

The base Terracan had air, cruise, remote central locking, immobiliser, alarm, power windows and mirrors, six-speaker CD sound, roof racks and fog lamps.  Step up to the Highlander and you also got auto air, leather, woodgrain, as well as ABS braking with EBD brake distribution.  An update in 2004 made ABS and EBD standard across the range.

Hyundai's star is on the rise as can be seen through its rising sales. That's a reflection of its model range that is hitting the spot with new car buyers, but it's also a sign that the company is getting right in terms of quality, durability and reliability.

It wasn't that long ago that carsGuide was regularly receiving queries from readers with complaints about their cars, but it's not so now.  The complaints and criticisms, certainly deserved, have largely dried up.

That's a great start when looking for a used car. Hyundai's like the Terracan that have been built in the last 10 years are a cut above those built in earlier times.  The Terracan can be approached with confidence, it's really only necessary to carry out the basic checks you would on any used car.

Those checks include inspecting for panel damage that would suggest a car has been in a fender-bender, and confirmation that it has been well serviced.

Before 2004 only the Highlander had the important safety features of ABS and EBD, so it's best to opt for a post-2004 model to have those essential features.  All Terracans boasted dual front airbags and pretensioners from 2001.

Like most four-wheel drives with petrol engines the Terracan V6 is a thirsty beast, not surprising given its bulk and the extra gear the engine has to drive. On average a 3.5-litre V6 Terracan will do around 15 L/100 km.  The diesel is better, and the best option for most situations, and it will do 10.5 L/100 km on average.

Improved suspension after 2005 . High fuel consumption of V6 . Good performance and economy of diesel . Only has front airbags . ABS not fitted to all models . Good build quality

Value-for-money off-roader that is capable of going the hard years in the bush. 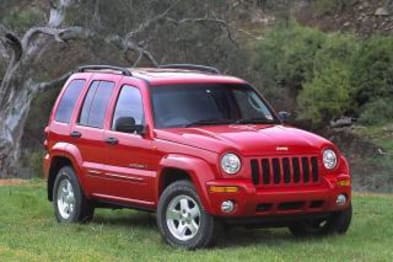 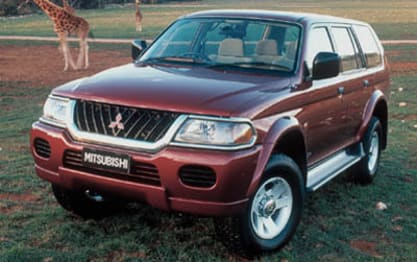 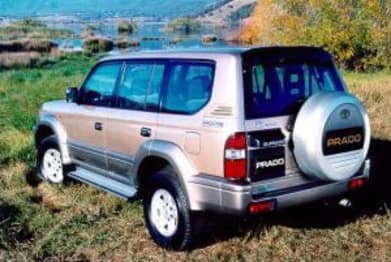 Hyundai Terracan cars for sale
View cars for sale
Disclaimer: The pricing information shown in the editorial content (Review Prices) is to be used as a guide only and is based on information provided to Carsguide Autotrader Media Solutions Pty Ltd (Carsguide) both by third party sources and the car manufacturer at the time of publication. The Review Prices were correct at the time of publication.  Carsguide does not warrant or represent that the information is accurate, reliable, complete, current or suitable for any particular purpose. You should not use or rely upon this information without conducting an independent assessment and valuation of the vehicle.