EXPERT RATING
6
The Lancer has been a steady and sturdy presence on the local market for many years; in that time it has gained a reputation for being a loyal and reliable friend, if not the most exciting one.

The Lancer has been a steady and sturdy presence on the local market for many years; in that time it has gained a reputation for being a loyal and reliable friend, if not the most exciting one.

Mitsubishi launched the new CG Lancer in 2002 with a range made up of LS, Exceed and VR-X sedans; they were joined in 2003 by an ES sedan, and wagon variants.

The front-wheel drive CG was larger than its predecessor with a wheelbase that was a whopping 100 mm longer, making it a more viable proposition for families.

But at the same time it was significantly heavier, its kerb weight climbing by some 100kg, which served to dull its performance despite its four-cylinder engine being larger and slightly more powerful than the engine in its predecessor.

At the entry point the LS sedan had a 2.0-litre four-cylinder engine and the choice of a five-speed manual gearbox of four-speed automatic transmission.

It was decently equipped for the time with a list of standard features including air-conditioning (not climate control, unfortunately), four-speaker sound with a CD player, remote/keyless central locking, tilt-adjustable steering column, variable intermittent windscreen wipers, power windows and mirrors, power steering, a tachometer, and a full-sized spare tyre.

Options were ABS brakes and a power sunroof.

The Exceed sedan was only available with an automatic transmission, but it was even better equipped with additional standard features including 14-inch alloy wheels, an in-dash CD-stacker, leather trim for the steering wheel, gear knob and hand brake lever, woodgrain cabin highlights, and chrome exterior trim.

A power sunroof was the sole option.

The VR-X sedan was the sporty model in the range, and could be had with either a manual gearbox or automatic transmission.

Safety features consisted of airbags for the driver and front seat passenger.

Options were ABS brakes and a power sunroof.

When it arrived in 2003 the ES slipped into the range under the LS at the entry-point.

The standard features of the ES were similar to the LS, except for the intermittent wipers, which weren’t variable, and the windows, which had to be cranked up and down by hand.

Safety features included airbags for the driver and front seat passenger, but ABS brakes were optional, as was a power sunroof.

The CH upgrade appeared late in 2004, and the Exceed was gone.

Changes were mostly limited to styling with new headlights, bonnet and grille.

Anyone looking for features like Bluetooth to connect an iPhone or android device would have been disappointed to find it wasn’t available.

There wasn’t a touchscreen either, or sat nav, a reversing camera, parking sensors, or parking assist.

The cabin was a fairly bland space, it had seats for five, but with a vast spread of dull gray plastics it was a somewhat uninviting place to be.

Visibility was good, the seats were comfortable enough, and the extra length of the CG over the previous model meant it was roomier.

There are no ISOFIX mounts.

Rear lap-sash seat belts allowed for the fitment of a baby car seat, but there were no ISOFIX mounts, they weren’t mandated until 2014.

The CG had a 2.0-litre four-cylinder engine, up from the 1.8-litre engine used in the previous model.

It ran on 91-octane unleaded petrol, and had a single overhead camshaft, four valves per cylinder, and was fuel injected.

At its performance peaks it produced maximum power of 92kW (123 horsepower), and peak torque of 173Nm.

Despite a small increase in output it struggled against the extra kerb weight of the CG Lancer, and its 0-100km/h time was just under 10.0 seconds.

Now with 115 kW (154 horsepower) on tap at its power peak, and 220Nm its performance was markedly improved and the 0-100 km/h time dipped below nine seconds.

The transmission choices were a five-speed manual gearbox or a four-speed automatic, and they remained so until 2005 when manual sports shifting was added to the automatic.

The driving experience depended on which Lancer you happened to be driving.

If it was one of the lesser models the experience was less thrilling than it was when driving the sporty VR-X.

Performance with the 2.0-litre engine was adequate for the purpose, but you needed to work the engine in the upper reaches of the rev range to get anywhere in anything like a hurry.

When you did you inevitably hurt the fuel economy.

The 2.4-litre engine addressed the performance concerns of many who bought the 2.0-litre.

With independent front suspension and independent rear suspension the handling was safe and assured across the range, but it was the sporty VR-X that was the most rewarding to drive.

With its 16-inch alloy wheels and sporty tyres the VR-X gripped the road well, although with its stiffer springs and upgraded dampers the ride was less comfortable.

Road noise and other external disturbances were minimal, leaving those inside to enjoy the journey.

The steering was light and tight, making the CG/CH Lancer easily manoeuvrable with a good turning circle.

Standard safety features across the range consisted of front seat belts with pre-tensioners and load limiters, and airbags for those in the front.

There were lap-sash seat belts for the two outer rear seat occupants, but the centre one only had a lap belt.

Only the Exceed had ABS as standard.

Importantly, it was only the Exceed that had ABS as standard, it was an option on the other models.

With few safety features the Lancer only got a three-star rating from ANCAP when it was tested.

Lancer owners rate its reliability high, even with cars that have done heaps of kilometres, which makes the CG/CH a good prospect for anyone thinking of cheap transport.

With a car getting on in age, as the CG/CH Lancer is, it’s important to buy a car that has been well cared for, and regularly serviced as per Mitsubishi’s recommendation.

Maintaining a supply of fresh oil is important to a long and reliable run on the road, the oil to use is 5W-30.

It’s also important to change the cam-timing belt as recommended every 110,000km.

Capped price servicing didn't apply to the CG/CH Lancer, but the service costs are not excessive.

The new car warranty applying to the CG/CH Lancer was three years/130,000km.

When test driving a Lancer it’s important to look for smoke from the tailpipe under acceleration, which would indicate a worn engine, and smooth and regular shifting of the automatic transmission.

The automatic transmission used in the CG/CH is a regular automatic, and doesn’t suffer the same driveability problems as new-age dual-clutch or CVT autos can.

Peeling paint can be an issue. It’s not uncommon to find the clear coat peeling away. There’s nothing that can be done to fix it, short of repainting panels.

The most concerning issue with the CG/CH Lancer is the Takata airbag inflator, which is the subject of a massive recall that affects many other makes and models as well.

Elliott Sherman: I bought my 2.4-litre ES second-hand when it was three years old. I’ve now had it eight years and there have no issues of concern. The engine is powerful enough, legroom is good, and it has been quite economical.

Emily Sanderson: My ES is 10 years old and it’s done nearly 200,000 km. It’s engine is smooth and powerful, it doesn’t have any rattles, and has never broken down.

Duane Bilson: My Lancer is my first car, it had done 180,000 km when I bought it. To date it has been reliable, and the fuel economy is great. 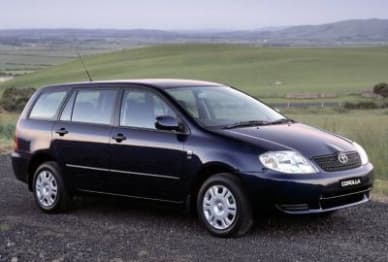 Lowest price, based on 15 car listings in the last 6 months