The MGB was greeted with great excitement when it arrived here in 1963. It was the latest in a long line of sports cars from the British carmaker that had come to define the very essence of what a sports car should be, but the B also caused a sensation because it was such a shift away from MG tradition.

When earlier MGs were stripped down to the bare minimum, had a bone jarring ride that threatened to shake the fillings from your teeth, the B was as smooth as silk. MG traditionalists were aghast at this newcomer they regarded as soft and for sissies.

The B had indeed departed from MG tradition, but the result was a smooth and sophisticated sports car for its time.

Gone was the separate chassis used on previous models, the B was MG’s first unitary construction car, and that resulted in a much stiffer car with more predictable and precise handling.

It was also pretty, with classical long nose and stubby tail proportions, and clean uncluttered lines, although critics at the time had problems coming to terms with the fins that had grown from the rear guards.

The mechanical package was simple. The engine was a BMC B-series four-cylinder engine of 1.8 litres capacity. It was a long stroke unit with pushrod actuated overhead valves and was fed by twin SU carburettors.

The numbers rightly suggest the B was no fire-breathing monster; nevertheless it was quite spirited for its day.

When first released the transmission was a four-speed manual with synchromesh on the top three gears, and a precise gearshift.

The B’s brakes were quite good for the time, with solid discs at the front and drums at the rear.

Rack and pinion steering was direct, but precise and with quite good feel.

Wire wheels, 14 x 4.5 inches, finished off the picture of a classic sports car and the tyres were radials. In standard form the wheels were painted silver, but for an extra dash of gloss they could be bright chrome plated.

Inside, the B was quite roomy by sports car standards. It had a broad cockpit with a pair of black trimmed sports buckets either side of the centre tunnel. Carpets covered the floor; there was a black thin-rimmed wire-spoked steering wheel and a full complement of Smiths black-faced gauges.

A smoother engine, with five main bearings instead of three, was launched in 1965, and an electrically operated overdrive gearbox followed in 1968.

Later in 1968 BMC released the Mk II B, which then boasted an all-synchromesh gearbox as the main change.

The final act came in 1970 when the B was replaced by the restyled L, which ran through to 1972 when the then British Leyland ceased local production. The B continued in production in England until the 1980s when it was finally put to rest.

A number of these later cars, generally referred to as rubber bumper cars because of their American low speed crash bumpers, have been imported over the years, but don’t have the same appeal as the original chrome bumper cars built here.

The simplicity of the B makes it perfect for a restoration project, the sort that bonds a father and son, but beware of restoration costs because they often blow out of control to the point they can exceed by many times the price of buying a car already restored.

Rust is the main problem with the B, as it is with any car that’s 40 years or more old. Look for rust in the sills, the floors, around the battery boxes behind the seats, in the front guards, boot floor and in the scuttle.

Rust repairs really require expert skills and shouldn’t be tackled at home unless you have the experience to do them properly.

It’s best to search for a car that has minimal rust, even if the mechanicals are worn out because it’s much easier to rebuild the engine, gearbox, suspension, steering and brakes at home than it is to cut out rust.

The good news is that parts are readily available from specialists, and they don’t cost an arm and a leg by classic standards.

The B is also a good base on which to develop and improve. There’s plenty of specialist knowledge available on what to do to improve the performance, and handling, like fitting telescopic shocks absorbers in place of the old level type.

Jim Bradley was attracted to the MGB when as a young man he saw one zipping around his hometown of Woodend. Later, as an 18-year-old he bought a three main bearing '64 model, which he says caused him nothing but trouble, but looked charming and he missed driving it after it was sold. Ten years later he restored his father’s B, which was in a very poor state. He enjoys the characteristic engine note, reasonable performance and handling.

View all MG B pricing and specifications 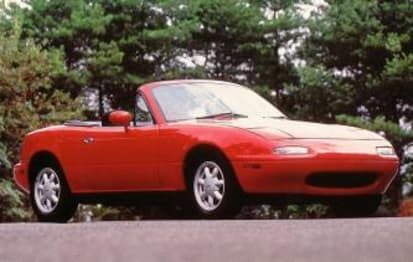 See 1966 MG B pricing & specs >
Have you considered?
Check out more Convertibles

MG B cars for sale
View cars for sale
Disclaimer: The pricing information shown in the editorial content (Review Prices) is to be used as a guide only and is based on information provided to Carsguide Autotrader Media Solutions Pty Ltd (Carsguide) both by third party sources and the car manufacturer at the time of publication. The Review Prices were correct at the time of publication.  Carsguide does not warrant or represent that the information is accurate, reliable, complete, current or suitable for any particular purpose. You should not use or rely upon this information without conducting an independent assessment and valuation of the vehicle.

END_OF_DOCUMENT_TOKEN_TO_BE_REPLACED

MG B cars for sale