In the 1980s car makers reckoned badge engineering was the key to success, and in some cases survival.  Model sharing was rife, with Toyotas badged as Holdens, Hondas as Rovers, and Mazdas as Fords.

Ford and Mazda formed an alliance, with Ford acquiring a financial stake in the Japanese company, and many of Mazda's models were badge engineered and appeared in Ford showrooms.  Among them was the Telstar, Ford's remake of the Mazda 626, which was on sale at the same time in Mazda showrooms.

Mazda introduced the new front-wheel-drive 626 in 1983 to some high praise, winning many friends and a number of awards.  While the Mazda was imported, Ford built a slightly different version locally, and it too won its share of friends among car buyers.

It was a good-looking car, nicely equipped, and came in four-door sedan and five-door hatch versions in both ranges, with the Mazda also offered as a coupe.  Power was from a single overhead camshaft four-cylinder, which had a carburettor and put out 70kW and 158Nm. Buyers could choose between a five-speed manual gearbox or three-speed auto.

The base 626 had manual steering and there were a few complaints about the steering effort needed, particularly when parking. Other models, however, had power steering as well as aircon, cruise, power windows and mirrors, and central locking.

It was much the same story over at Ford dealers, where you had to put up with manual steering on the base-model GL, when the Ghia not only got power steering, but also power mirrors and windows and radio/cassette sound.

A 1985 update brought better ride and handling, improved brakes, and a new dash, with power steering an option on the base models. Another update in 1986 brought with it engines able to run on unleaded fuel.

As with any car of the age of the Telstar/Mazda 626, it's important to approach them with your eyes wide open.  If they've been in regular use since the mid-1980s they will have accumulated well in excess of 200,000km, some will have done more than 300,000km, and that generally means trouble is never far away.

The best policy is to search for a well kept car with low mileage.  Look for oil leaks around the engine, particularly from the rocker cover, and perished radiator hoses, which can lead to problems if they fail on the job.

Make sure all accessories work, as power windows and the like can be expensive to fix.  Checking for evidence of a crash is even more important with older cars, as the likelihood they have been in a crash is high.

Have someone drive the car down the road, back and forth and watch to see if it tracks straight and true.  Inspect all panels for imperfections, colour mismatches and varying gaps. Open and close all doors, hatches and bonnet and observe for smooth operation.  Finally look for rust, particularly around the rear and side windows.

Well before the advent of airbags, occupants in the Telstar/626 had to rely on much more rudimentary protection systems in a crash.  Of primary importance are the seat belts, and these should be checked for function and any sign that the belt webbing has deteriorated. It's a good idea to replace the belts to be sure you've got the best protection possible in a crash.

12/20 Cheap reliable transport for young drivers if you can find a low mileage example.

View all Mazda 626 pricing and specifications 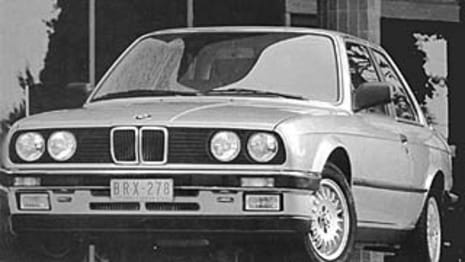 Mazda 626 cars for sale
View cars for sale
Disclaimer: The pricing information shown in the editorial content (Review Prices) is to be used as a guide only and is based on information provided to Carsguide Autotrader Media Solutions Pty Ltd (Carsguide) both by third party sources and the car manufacturer at the time of publication. The Review Prices were correct at the time of publication.  Carsguide does not warrant or represent that the information is accurate, reliable, complete, current or suitable for any particular purpose. You should not use or rely upon this information without conducting an independent assessment and valuation of the vehicle.