From the moment the Mazda MX5 was launched there were calls for more power, calls that were finally answered in 2002 when the locally developed turbocharged SP went on sale. The MX5’s chassis always seemed as though it could handle more grunt, and the engine appeared capable of being fitted with a turbocharger, so it seemed inevitable that it would eventually be turbocharged.

Mazda itself had no plans to turbocharge their sweet little roadster, so it was left to Mazda Australia and its veteran motorsport manager Allan Horsley to see the project through to reality

Although the SP project was a Mazda Australia initiative it only happened once approval came down from Mazda headquarters.

If there was a criticism of the MX5 it was that it lacked power. Not everyone was of the view it should have more grunt, the original 1.6-litre engine was plenty for most owners, but those with more of a motorsport bent wanted more power to exploit the little roadster’s very competent chassis.

Mazda first responded by increasing the size of the engine to 1.8-litre, and then refined it with sequential valve timing, but some owners wanted still more.

Finally that came early in 2002 when Mazda delivered the first of 100 SP models developed and built right here in Australia.

Allan Horsley led the development of the car, but it was built by Prodrive in Melbourne, the company that builds FPV performance Fords in partnership with Ford.

The heart of the SP was its turbocharged engine. Mazda took the MX5’s 1.8-litre double overhead camshaft four-cylinder engine and added a turbocharger to boost power by 44 kW and torque by 108 Nm.

It was enough to have the little two-seater racing to 100 km/h in six seconds, impressive given the standard car required 8.5 secs for the same journey.

An air-to-water intercooler was employed to help get the incoming charge to the engine, a big-bore exhaust carried the spent gases away after they were expelled from the engine, larger radiator was installed to handle the extra heat the turbo engine generated and higher flow injectors were used to deliver the fuel the engine needed.

The main thing to look for when inspecting a Mazda MX5 SP is evidence of competition. Hard driving isn’t necessarily harmful if the car has been well serviced, but if it hasn’t been serviced competition can be detrimental to a car’s health.

Look for holes that have been drilled in the body work for things like a roll bar, fire extinguisher, and other equipment under the bonnet.

It’s best to reject a car that has clearly had a hard life, but don’t be so concerned about one that has been used for the occasional club event.

It’s highly likely that most SPs will have been owned by members of the MX5 club so talk to members about them to ascertain their history before handing over your cash.

Lift the oil filler cap and take a look inside the valve covers for sludge, which might suggest a lack of servicing. Turbo engines need more regular oil changes so be suspicious of a car that has sludge in the engine.

Inspect brakes for disc wear to avoid the potential cost of replacement, also check tyres for wear as they tend to use them up.

Keep an eye on the exhaust while driving looking for any smoke from the engine.

Safety in the MX5 is all about handling and braking. Its agile chassis and responsive steering, along with powerful antiskid disc brakes are a potent recipe when it comes to avoiding collisions.

Add to that dual front airbags for that moment a collision becomes unavoidable and you have a strong safety story.

Rob Spargo is a committee member of the Mazda MX5 Club of Victoria and owns SP number 82, bought in 2002 after convincing his wife, an MX5 owner herself, that it would be an investment much like the Falcon GT HO Phase III. It has now done over 83,000 Km and has had a couple of exhaust brackets replaced after they broke, the intercooler piping had to be realigned to correct a build problem, and the power steering pump and blow-off valve have been replaced. Rob says that it is just brilliant as a daily driver and fun machine.

• potential for increase in vale as a classic

• be wary of cars used in competition

• check history of use

• ensure it has been regularly serviced

The MX5 was finally given the power to match the chassis and a great sports car was the result. Good potential for value to increase in the future as it becomes recognised as a classic. 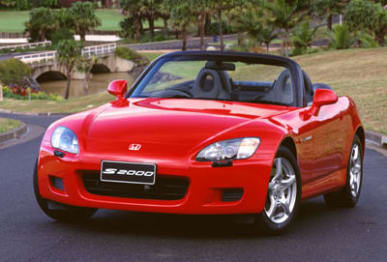 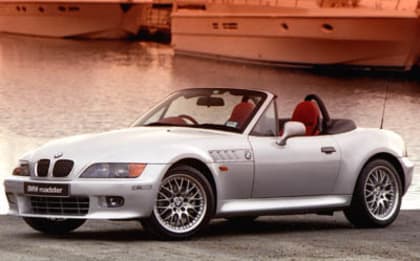 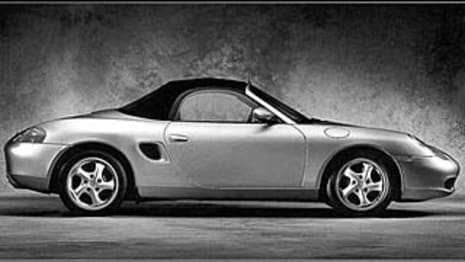