Mention the name MG and an image of a rakish sports car racing down a winding country road, windscreen folded forward, its driver’s hair blowing in the wind comes instantly to mind. The British brand is synonymous with sports cars, it’s the first car you think of when sports cars are talked about, so it was a sad day when the revered old badge was put down in the early 1980s.

Equally it was an exciting day when Rover unveiled a new MG sports car at Geneva in 1995. It took another two years before the MGF arrived in Australia, but it was a time of great celebration by MG enthusiasts, coming 24 years after the last MG sports car was sold here.

Despite the absence the love of MGs barely waned over the years. Thousands of enthusiasts and more than 20 MG-dedicated car clubs ensured the memory of the great sports car brand would live on. The return of the octagonal badge gave them cause for celebration, and the MGF didn’t disappoint.

Thankfully the ‘F’ wasn’t a stuffy remake of the past aimed at crusty old buffers who remain locked in the 1930s, it was a thoroughly modern design that brought the MG brand right up to date.

It had to be because the sports car market was several degrees hotter than it was when the last MG sports car left the production line back in 1982. While MG was lying dormant Mazda, BMW, Mercedes and Honda had rediscovered the joys of topdown sports motoring and had developed new models. By the time MG returned to showrooms around the world buyers had plenty of choice.

The pretty ‘F’ was a major departure from MG tradition with its engine located amidships, just behind the cockpit, for optimum 45-55 per cent front-rear weight distribution and brilliant handling. Put simply the MGF was a great driver’s car.

Double wishbone independent suspension was featured at each end, along with anti-roll bars and Hydragas spring/damper units as well as a conventional strut. The Hydragas suspension was a development of the old Hydrolastic suspension used on Minis back in the 1960s. It’s a system that links the front and rear suspension units to better control the ride.

Steering was by rack-and-pinion and there was an electric power steering option available that was both positive in feel and linear in response.

Braking was by discs on all corners, ventilated at the front and solid at the rear, with the assistance of ABS antilock electronics.

MG offered a choice of engines. The entry model was powered by a 1.8-litre double overhead camshaft fuel-injected four -cylinder that produced a respectable 90 kW at 5500 revs and 166 Nm at 3000 revs. That was enough to have the ‘F’ accelerating from rest to 100 km/h in a little over nine seconds and on to a top speed of better than 190 km/h.

For more zip there was the VVC engine. The VVC was Rover’s Variable Valve Control engine, a 1.8-litre double overhead cam fuel-injected four, but with variable valve timing which altered the inlet valve opening and closing periods to deliver optimum performance, economy and emissions over a broad range of operating conditions.

Initially there was just one transmission on offer, a five-speed manual, but in 2001 there was also the choice of a sports-shift five-speed auto on the regular ‘F’.

The interior was roomy and comfortable with a number of small compartments to store most necessities, while the boot was roomy enough to carry a reasonable amount of luggage.

The roof was manually operated, but was easy to raise and lower. The rear window was plastic which meant it was prone to discolouration over time, particularly if not looked after.

Upgraded models were introduced late in 2000. The ‘F’ roadster got more equipment, including a tilt steering column and a CD player, and there was a five-speed sports-shift auto available. The VVC model was also upgraded with standard air-con, tilt column, and CD sound.

Build quality has been an issue with all British cars since those dark days of the 1970s when it was a very real concern. Today it’s less of an issue, but is still something to consider as British-built cars are generally not up to the build quality coming from carmakers in other countries.

The MGF does have some issues of build quality, but they mainly concern interior trim, which doesn’t stand up over time. Wood grain panels that come adrift, plastic surrounds that fall off, switches that come loose are very visible turnoffs in an otherwise good car.

Lack of an adjustable steering column and a rather high seating position makes it a little cramped for tall drivers, and the heater box in the passenger side footwell is an unwelcome intrusion on leg room.

Always be careful when checking a soft-top sports car or convertible to see how the roof and interior have been treated. One ‘F’ recently inspected had a foul smell inside, the result of being allowed to get wet with the roof down. The roof was mouldy, the dash stained, the carpets smelly and in need of replacement. In this case the interior needed to be thoroughly cleaned.

A little time is needed to become acquainted with the F’s sharp response. Unlike most front-engine cars, it really is quite well balanced which can be unnerving if you’re not used to it, but once you become accustomed to the handling you’ll find it to be brilliant.

On top of that the ride is really comfortable, mostly because the weight over the front wheels is much less than it would be if the engine was located in the front, and that means the suspension can be more compliant.

Alan Mackew has owned his 1997 MGF VVC for nearly four years. It has now done 110,000 km and he has found it to be totally reliable requiring only routine maintenance and a water pump at 105,000 km. The VVC engine spins freely to the red line and the ride and handling is excellent with a very supple ride provided by the fluid suspension. He says the only real weakness of the car is that if the coolant is not properly changed by someone who knows what they are doing there is a high probability that an airlock will be created in the cooling system resulting in a blown cylinder-head gasket.

Jane Attard bought an MGF after considering a Toyota MR2 and a Mazda MX5. The MGF offered the boot space, smooth ride and the style that she preferred. The MX5 felt like a 1960’s Sprite, full of shakes and high pitched engine noise, whereas the MG is exceptionally smooth and solid. She liked the MX5’s short throw gear shift, but found the rest of the car ordinary. The MG has a signature racing style petrol cap that’s been copied by many since it came out. It also has a mohair hood whereas the other cars had vinyl. The MR2 had too many grey plastic external panels and no boot space. The MG had many standard features that were extra on the other cars, such as door sill tread plates and embroidered quality mats. Jane also discovered how safe the MGF is when a crash finished her ’99 MGF off; once the door was forced open she emerged unhurt. Again she shopped for a sports car, looking at the MX5, MR2, the Alfa, BMW Z3 and again bought an MGF. Her new MGF steptronic came with even more features such as leather seat bolsters as standard. Full leather option, including the console and bins, was a factory option whereas on the MX5 and MR2 the factory seats would be stripped by a local tradesman and recovered in leather. There was also a factory full tonneau like the old sport cars had, which is not available for other modern convertibles. The MG also has the bonus of a heritage that a Mazda and Toyota can never have and that you don’t see an MGF on every street is a big plus. For Jane, the MG is the winner. 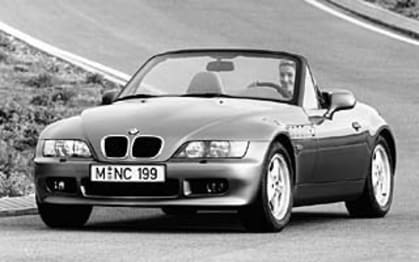 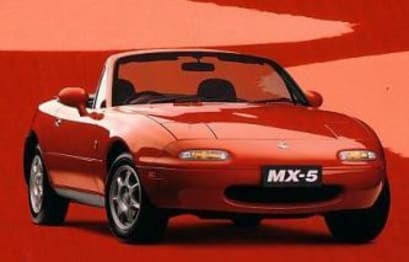 MG F cars for sale
View cars for sale
Disclaimer: The pricing information shown in the editorial content (Review Prices) is to be used as a guide only and is based on information provided to Carsguide Autotrader Media Solutions Pty Ltd (Carsguide) both by third party sources and the car manufacturer at the time of publication. The Review Prices were correct at the time of publication.  Carsguide does not warrant or represent that the information is accurate, reliable, complete, current or suitable for any particular purpose. You should not use or rely upon this information without conducting an independent assessment and valuation of the vehicle.