The first Datsun Z car was shown at the 1969 Tokyo Motor Show under its domestic name of Fairlady Z. It turned out to be a landmark car, not only for Nissan, but for the entire Japanese car industry, because it proved Japan could produce a classic sportscar.

As the name suggests the 240Z came with a 2.4-litre engine. Over the following 26 years the engine size increased progressively, through the 260Z, 280ZX and 300ZX. To the disappointment of many, the Z series was discontinued in 1996, a victim of serious financial problems within Nissan. Problems that saw Nissan joining with Renault in an alliance that has proven much more sensible than many of its type.

Thankfully, six years later Nissan brought the Z-car back, this time as the 350Z, with a new style of body rather than an evolution of the 240Z as the intervening cars had been.

In this feature we will concentrate on the 350Z and 370Z as many of the previous models are either past their use-by date, have had major rebuilds, or suffered from tarted-up modifications.

Sold as Track and Touring models, with coupe and convertible bodies, the 350Z, which arrived in Australia in February 2003, has a sort-of Italian look, which is still visually attractive to this day. A modern day classic? Perhaps…

The ‘Touring' title suits the 350Z well, it's not a real sports model like the original 240Z, rather it's a grand tourer aimed at covering big distances in comfort. The Track model is a bit of a misnomer, though we have seen some modified, stripped down Tracks at racetracks over the years.

The 350Z was replaced by the 370Z in May 2009 and is still sold today. Again there are coupe and convertible bodies (the open-top didn't arrive until eight months after its closed brother).

The 370Z's shape is totally different to the 350's, not quite retro, not altogether modern. The long nose and short tail; the slope down of the roof that begins all the way forward at the top of the windscreen; tiny rear-three quarter windows. The 370‘s interior features the long tradition of having three auxiliary gauges in the centre of the dashboard, as well as the more recent idea of a main instrument display that moves up and down with the steering wheel when it's adjusted.

Clever design work means the new 370Z is shorter and lighter than the 350Z is replaces, thus making it not only more nimble, but endowing it with extra performance while using less fuel.

The 3.7-litre V6 develops a very useful 245kW of power to provide plenty of punch with the sort of throttle response demanded by the keen driver. Handling is excellent as the lightweight suspension reacts nicely even when the road is comparatively rough. However, it can be bounced off line by severe surfaces, and the tyres create quite a bit of road roar on coarse-chip surfaces.

The 370Z Roadster has a one-touch fast-folding lined roof for the first time; the Nissan 350Z's roof had to be manually locked in. It also has a glass rear window, which wears a lot better than plastic.

To reduce weight the 370Z has an aluminium bonnet, doors and boot lid.

Nissan, nee Datsun, has been operating in Australia since the mid 1960s and built cars in Melbourne for many years. So it is well and truly established with a strong dealer network. You may not be able to source parts in all dealerships, especially in remote areas. But parts can usually be freighted out within a few business days.

These big Z cars have plenty of underbonnet space and are of a relatively simple design, so are quite easy to work on. Workshop manuals are readily available, but don't tackle any safety items unless you're a professional.

For a car in this class the Nissan 350 and 370Z are relatively cheap to insure, perhaps because they're driven by 'real' drivers who concentrate on what they are doing behind the wheel, and know their limits. Shopping around is wise, but be aware that building up a good history with one insurer, rather than chopping and changing companies can stand you in good stead.

These are tough cars that can take a lot of misuse, but only a mug would consider buying one without a full inspection from an expert in the model.

Check the service records to make sure the work has been done on time. Indeed, a Z Cars specialist we spoke to as part of our research went as far as to say, "if the service book is not up to date don't buy the car".

Look for signs of crash repairs, such as panels with wrinkles in them, paint overspray, even body creaks and groans during your road test.

It's important to use the correct oil in high-performance engines like these.

The carbon fibre tailshaft in the 370Z can be overheated and damaged if a modified exhaust has been installed.

If a roadster roof is slow in operation the chances are the mechanism is dirty. Tap the roof hard and look for dust falling out. In particular, the back bows need to be cleaned and lubricated, at least yearly - six monthly if used on dirt roads. 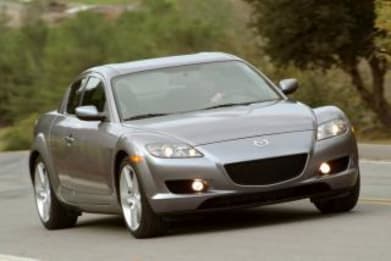 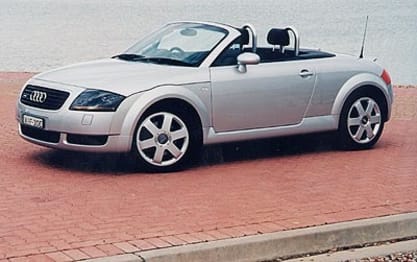 Nissan 350Z cars for sale
View cars for sale
Disclaimer: The pricing information shown in the editorial content (Review Prices) is to be used as a guide only and is based on information provided to Carsguide Autotrader Media Solutions Pty Ltd (Carsguide) both by third party sources and the car manufacturer at the time of publication. The Review Prices were correct at the time of publication.  Carsguide does not warrant or represent that the information is accurate, reliable, complete, current or suitable for any particular purpose. You should not use or rely upon this information without conducting an independent assessment and valuation of the vehicle.