We've seen some movie cars go for top dollar recently -- among them the Lotus submarine car from James Bond and the 'Ferrari' replica from Ferris Bueller's Day Off. But a car that helped the Ghostbusters keep New York free of paranormal baddies is apparently being left to rot into a worthless husk on a Sony Pictures backlot.

Ghostbusters fans are keen to rescue the car – the Ghostbuster 2 ‘ECTO-1A’, which was based on a 1959 Cadillac Miller-Meteor Futura ambulance -- and are mounting a petition to have the entertainment giant hand it over so it can be restored.

The fan group says ECTO-1A is in "dire need of a restoration job... having sustained a magnitude of damage from its years as a public display piece at Universal Studios in Orlando, FL the original vehicle sits neglected."

The project will be undertaken by the movie franchise's fan community -- some 21,000 strong and with more than 50,000 active followers on social media -- with crowdfunding likely to be raised on Kickstarter or a similar site.

Ghostbusters Fans are calling for support from the public, who are encouraged to sign the petition to Sony, where they'll also find a history of the Ecto-1A and previous restoration bids.

If they're successful, they could have a potentially valuable vehicle as a result. The original ECTO-1 from the first movie has been restored and does the rounds as a celebrity car for Ghostbusters events. But even a  replica of ECTO-1 -- used at the Universal Studios theme park -- sold for US$80,000 at Barrett Jackson auctions in 2010. 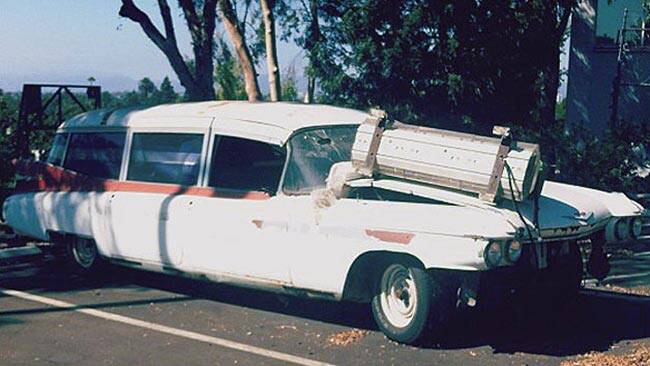