Are Corolla, RAV4 and HiLux as affordable as they used to be? Whether Toyota buyers are better or worse off in 2020

Byron Mathioudakis
Contributing Journalist
23 Sep 2020 • 2 min read
Are new cars cheaper than they've ever been? We look at Toyota's core line-up to find out.

As Australia slides into our first economic recession in decades, it seems new-car prices are skyrocketing, to the point where even a Toyota Corolla now costs more than ever before.

But is that actually true? How much more expensive are new cars today, adjusted for inflation, compared to 10, 30 and even 50 years ago? To find out, we took the recommended retail prices (RRP) of one typical model in five different classes.

We’ve chosen Toyotas for consistency’s sake. The Japanese brand is by far the biggest in Australia, and has reached this position by providing reliable models that have become the standard within their segments. Corolla, Camry, RAV4 and HiLux are bywords for the small-car, medium-size, compact SUV and light-truck classes respectively.

Plus, with the exception of SUVs because they didn’t exist back then, a 1970 new-car buyer could find the 2020-equivalent Corolla, Corona and HiLux, while even the Yaris’ Publica predecessor had already been available elsewhere since 1961. No wonder Toyota is the standard of our car industry today.

That said, fierce competition means that some of these Toyotas are more-or-less representative of what’s going on in within each segment in 2020, as – Camry aside – most direct competitors are similarly priced.

So, let’s break down the five categories and see whether today’s new-vehicle purchaser is paying more for the same series of vehicle today than before. We’re using the Reserve Bank of Australia’s (RBA) online inflation calculator, which is based on the Consumer Price Index published by the Australian Bureau of Statistics.

And just for transparency, the RBA Inflation Calculator calculates in 2019 dollars, which actually puts the new, 2020 priced models at a very slight disadvantage. Still, we weren’t quite prepared for what the facts revealed…

Are Corolla, RAV4 and HiLux as affordable as they used to be? Whether Toyota buyers are better or worse off in 2020

While the small-car segment still represents almost 15 per cent of the total vehicle market, it is down nearly 30 per cent year-to-date (against an overall 20 per cent decline), and Corolla sales have slipped 18.6 per cent; but that also means that, in 2020, the Toyota’s share of the pie has grown, to almost a quarter of all class volume. Clearly something’s working for the evergreen ‘Rolla.

Additionally, the existing Corolla is larger, roomier, faster, more economical, more fun to drive and immeasurably safer than its E110 predecessor of 20 years ago.

Going further back, the Corolla was even more basic yet similarly expensive, and you need to go all the way to recession-ravaged 1980 before you could almost buy a new Corolla with the same inflation-adjusted money as you can today. Yet that KE55 SE sedan’s puny 45kW 1.3 was a real low-point in the series’ history, unable to even muster the spirit of the zingy ’67 KE10 original. At least the pretty 1970 KE20 had sprightliness and spunk on its side.

From
$23,895
Based on Manufacturer's Suggested Retail Price (MSRP)

The Camry offered decent accommodation for the average five-member tribe.

Nobody, it seems, cares for medium-sized sedans nowadays, plummeting from historical highs of 20-plus per cent of total-new-market penetration to under four per cent in 2020.

Toyota, inevitably, rules the roost here, with nearly 70 per cent of all volume going to the Camry, as traditional opponents like the Subaru Liberty, Ford Mondeo and Holden Commodore vanish from new price lists. Only the (smaller) Skoda Octavia and Mazda6 provide a semblance of competition.

For all that, Toyota seems hellbent on keeping the pricing pressure on, with the 2020 Camry Ascent remaining numerically almost the same as the 2000 CSi auto equivalent was 20 years ago, meaning the latter cost nearly $45K in today’s cash.

Read More: Is this the end of the road for Toyota Camry rivals?

Plus, like the Corolla below it, today’s Camry blows its predecessors to smithereens in terms of specification, safety and driveability. Chalk and cheese differences here. Further back, that ‘70s recession did keep the Camry’s rear-driven Corona predecessor’s prices honest, with the original late shovel-nosed RT40 series (in its final year, admittedly) almost putting up a challenge to today’s car. Almost.

In other words, then, the medium-sized Toyota sedan has never been more affordable.

From
$28,990
Based on Manufacturer's Suggested Retail Price (MSRP)

We’ve included the entry-level Yaris supermini/light-car to put Toyota’s seemingly insane decision to hike the all-new (XP210) base model’s prices by 44 per cent last month into some sort of context.

Yes, it may mean the end of this model’s stellar sales run in Australia, as witnessed this year with the similarly more expensive Mazda2 facelift. But, considering how much extra safety, refinement, performance, handling and space the newcomer has gained, it says more about how far behind the previous Yaris had fallen. It may have cost only $15,390 right up until August this year, but it lagged behind almost all rivals like today’s Suzuki Swift in most departments. Cheap but not good value.

Consider, also, that while the 2010 Yaris YR manual was nearly $4000 cheaper in today’s money, and did include dual front airbags and ABS, it lacked all the other features that the latest 2020 Ascent Sport boasts (for it essentially mirrors the Corolla Ascent Sport’s specification). It heaves with kit.

Further back, the preceding 2000 Echo and Starlet of 1996 (the year Toyota first officially entered the light-car/supermini market in Australia) now seem alarmingly expensive for what they were (and offered), as were most of their rivals. Back then, with prices surging past the mid-$20K marker in 2020 dollars, even air-con and power steering were optional at the base grade as outlined here.

Still, if we’re talking about cold hard money, the figures don’t lie. The 2020 Yaris is still nearly 20 per cent more expensive than it was a decade ago. But you wouldn’t be better off, that’s for sure.

From
$22,130
Based on Manufacturer's Suggested Retail Price (MSRP)

After the first RAV4 nothing was the same again.

Have Australian consumers secretly travelled into the future, read this article, and then hopped back into their DeLorean and ordered the latest RAV4 in unprecedented numbers?

We wouldn’t put it past them, for Toyota's RAV4 has captured over 25 per cent of the whole medium SUV segment, which is now the largest class in Australia, accounting for one-in-five new-vehicle sales.

And the excellent RAV4 GX 2WD auto – even with a $1705 gouge this year alone – is part of a range success story that is reshaping the car industry over the next few years.

Read More: Is the RAV4 Hybrid's time at the top coming to an end? How electrified Hyundai Tucson, Kia Sorento and Mazda CX-5 will try to take down Toyota

More to the point, that entry-level RAV4 is more affordable than ever before.

The 2010 RAV4, like the Corolla equivalent, lacked many of the features the base 2020 car offers as standard, and some that not even the $50K ZR6 flagship ($60K in 2020 dough) could manage. What’s even more astounding is that the real price of the RAV4 has steadily declined from nearly $55K when the base five-door auto was launched in mid-1995, though it was still hovering in the high-$40K region during the Sydney Olympics year. Obviously, the Dot Com bust of 2000 had not yet made itself felt.

If you’re after a medium SUV, you’ve never had it so good.

From
$31,695
Based on Manufacturer's Suggested Retail Price (MSRP)

For Australia’s best-selling vehicle line over the past few years, we decided to keep things consistent so we could ascertain the long-term (50 year) price trajectory of a key grade.

This basically left the long-lived and popular SR5 petrol manual (available since 1979), though only the Single Cab configuration was sold here during 1980. Standing for Sport Rally 5-speed (it was a simpler time), this specification was originally created to make the basic old workhorse more appealing to private buyers searching for a weekend getaway with a bit of pizazz.

Like the other Toyotas mentioned here, the HiLux has improved in specification and performance over the past few years, and more recently even gained some much-needed safety spec like AEB and adaptive cruise control. But unlike these, even today’s latest version is based on an older design, and so just doesn’t have the finesse or technologies that the other Toyota models standardise as a result.

This casts a shadow on the real-world value as well as affordability of the SR5, which in 2020 guise is the most expensive version in our 50-year timeframe. While the additional gear more than justifies the price jump over the 2010 version, HiLux buyers ironically must work harder than ever to afford this tool for trade truck.

With the substantially improved new Isuzu D-Max and Mazda BT-50 now on sale, and the redesigned Ford Ranger, Volkswagen Amarok and Nissan Navara not too far away, it is clear the HiLux will have its work cut out.

Perhaps competition will improve the value in new pick-up trucks.

From
$23,590
Based on Manufacturer's Suggested Retail Price (MSRP) 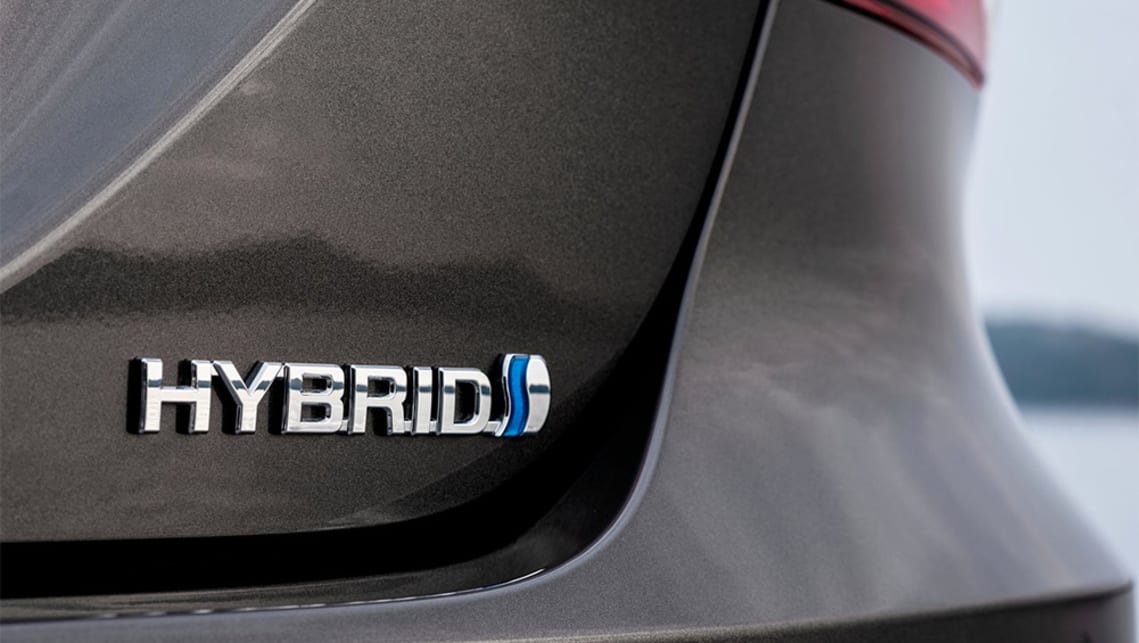