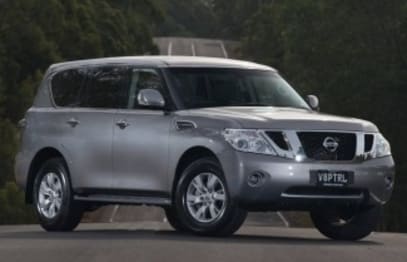 Carsguide Contributing Journalist Andrew Chesterton had this to say at the time: As nostalgic as the Hey, Hey It's Saturday reunion, the Y61 Patrol has rightly built its cult following, despite lacking some non-negotiable safety kit. There are far more comfortable ways to tackle tarmac, but if your morning commute requires you to take the roads less travelled, then the Nissan Patrol Legend Edition is a huge amount of fun.

This is what Andrew Chesterton liked most about this particular version of the Nissan Patrol: Sensational fun off road, Old-school looks, Now terrific value

The 2016 Nissan Patrol carries a braked towing capacity of up to 3500 Kg, but check to ensure this applies to the configuration you're considering.

See All Nissan Patrol 2016 for Sale
View cars for sale

Check out real-world situations relating to the Nissan Patrol 2016 here, particularly what our experts have to say about them.

See All Nissan Patrol 2016 Q&As
Disclaimer: You acknowledge and agree that all answers are provided as a general guide only and should not be relied upon as bespoke advice. Carsguide is not liable for the accuracy of any information provided in the answers.

Dimensions for the 2016 Nissan Patrol are dependent on which body type is chosen. The maximum width and height is 1995mm x 1940mm and can vary on the basis of model.

Wheel size for the 2016 Nissan Patrol will vary depending on model chosen, although keep in mind that many manufacturers offer alternate wheel sizes as options on many models.The wheel size available will alter the range of tyres available to be fitted. Standard wheel sizes on the Nissan Patrol vary from 16x8 inches to 18x8 inches.