1999 Toyota Corolla Ultima seca
EXPERT RATING
5
The end of the 1990s was a time of change for the Corolla in Australia. Toyota had been building it locally, but in 1999 it stopped local production and began importing it instead.

The end of the 1990s was a time of change for the Corolla in Australia. Toyota had been building it locally, but in 1999 it stopped local production of the hugely popular small car and began importing it instead.

While it was now coming from Japan the new model continued the Corolla theme, being a conventional front-wheel drive (FWD) small car.

It was available as a four-door sedan or a five-door hatch, the latter sometimes referred to as a liftback.

As the entry model the list of standard features you got with the Conquest was relatively slim. You did get air-conditioning, although it wasn't climate control, you also got cloth trim, an adjustable steering wheel, remote central-locking, an alarm, power front windows, power mirrors, and a four-speaker sound system with CD player.

The Levin hatch was better equipped; in addition to the features of the Conquest it also had sports seats, alloy wheels and a sporty rear spoiler.

Being released in the late-1990s, it came before the advent of much of the technology featured in today's cars.

As the name suggests the Ultima was the one with the longest list of standard features. It also had velour trim, a CD stacker, power windows front and rear, fog lamps, a remote boot release, and alloy wheels.

A sunroof was optional on all models.

Being released in the late-1990s, it came before the advent of much of the technology featured in today's cars, so you won't find things like sat-nav, reversing cameras, a touch screen, rear parking sensors, or Bluetooth for synching an iPhone or Android device.

The cabin is a pleasant space; it's quite well laid-out and a comfortable place to be.

Space is adequate, although not overly roomy. Front seat legroom is fine for average sized adults, but taller people could do with a little more to be comfortable.

Crank the front seats back and those in the back would find themselves cramped. The rear seat is best suited to kids rather than adults.

The Corolla was no sports car, but it had sufficient performance for the class.

Those in the rear seat of the hatch would also find the headroom tight.

But the load space is quite good, particularly in the hatch and the Ultima sedan, both of which have a 60/40 split-fold rear seat.

There were a variety of storage options, including cup holders.

All models in the range, even the sporty Levin, were equipped with 1.8-litre double-overhead camshaft four-cylinder petrol engines. Diesel wasn't offered.

With electronic fuel injection the engine produced a modest 85 kW (114 horsepower) and 154 Nm when operating at the peak, which was enough to propel the small car without exciting the senses.

The power was produced fairly high up in the rev range, which was fine with the five-speed manual gearbox, but less so with the optional four-speed automatic when it could be found wanting low-down.

The Corolla was no sports car, but it had sufficient performance for the class.

The sedan's handling was safe and secure if a little vague when compared to a more performance-focussed car.

With its sporty pretensions the Levin's handling was a little sharper than that of the sedans.

Road noise was often criticised at the time of the launch, but it was comparable with its small car rivals.

If safety is of primary concern to you it's best to be careful, the safety gear fitted to this model is basic.

At the entry point the Conquest only had an airbag for the driver, and there was no ABS braking, or any of the other electronic braking aids that are common today. But in addition to the driver's airbag it did have seat belt pretensioners.

If you wanted the extra protection of an airbag for the front passenger and ABS braking you had to buy the optional packs.

The Levin also only had a driver's airbag, but it did boast ABS braking, and it had seat belt pretensioners.

When new they were lauded for their build quality and reliability.

It was Ultima that offered the best safety package of the range, with airbags for driver and front seat passenger, seat belt pretensioners, and ABS braking.

It was too early for electronic stability control, likewise for ISOFIX child restraint location points (legal in Australia from 2014).

There is no ANCAP safety rating for this model.

With the earliest of this generation Corollas now almost 20 years old, and probably showing 350,000 km or more on the odometer, it's vital that caution is used when buying one second-hand.

When new they were lauded for their build quality and reliability, but even Toyotas develop problems with age.

They're not necessarily problems related to design or production, they're mostly related to old age and climbing kilometres.

On top of the normal wear and tear that might be expected, owners sometimes neglect their cars as they age, so it's important to look for a lack of care.

Toyota recommended the Corolla be serviced every six months or 10,000 km, and it's important to the longevity of the car that it is done.

If it doesn't have a service record, or services have been missed, walk away.

The engine has a cam-timing belt, and that too has to be changed on a regular basis; Toyota recommended every seven years or 150,000 km.

Missing services, or ignoring the requirement to change the belt risks expensive engine repairs in the long run.

Check the service record of the car you are keen on to ensure everything has been done as per Toyota's recommendation. If it doesn't have a service record, or services have been missed, walk away.

The original warranty was for three years/100,000 km, but that has long since expired.

It is now of an age and odometer reading when used car dealers are not required to provide a warranty.

It was introduced before the advent of capped-price servicing, but it isn't costly to maintain and any competent mechanic can do the work.

When checking a car thoroughly inspect the body and paint, looking for evidence of crash repairs, particularly dodgy backyard ones, and faded or peeling paint.

Cast an eye over the engine bay looking for oil leaks and coolant leaks.

On a drive test listen for a rattling engine, clunks from the suspension, and whining noises from the automatic transmission, and look for smoke from the tailpipe.

Pay attention to the operation of the automatic transmission to see that it changes gears smoothly and without hesitation.

MORE: If anything crops up, you'll probably find it on our Toyota Corolla problems page 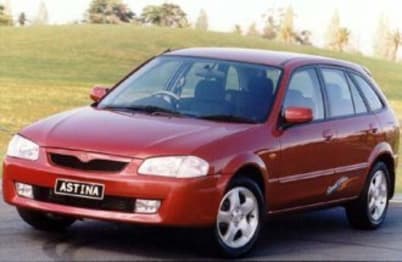 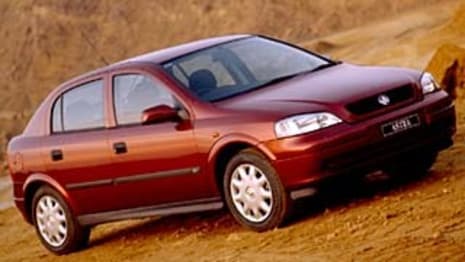 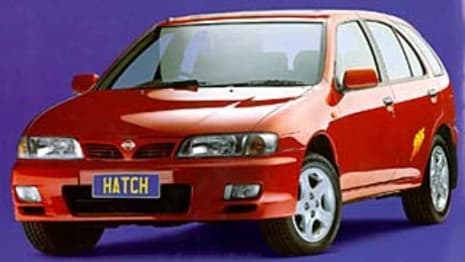 Toyota Yaris Cross Mazda 3 Toyota RAV4 Volkswagen Golf
Disclaimer: The pricing information shown in the editorial content (Review Prices) is to be used as a guide only and is based on information provided to Carsguide Autotrader Media Solutions Pty Ltd (Carsguide) both by third party sources and the car manufacturer at the time of publication. The Review Prices were correct at the time of publication.  Carsguide does not warrant or represent that the information is accurate, reliable, complete, current or suitable for any particular purpose. You should not use or rely upon this information without conducting an independent assessment and valuation of the vehicle.