The Opel Insignia was launched in Europe in 2009, and took out the European Car of the Year award. It didn’t reach Australia until September 2012 in what turned out to be a failed marketing experiment.

The idea was to promote the Insignia as a semi-upmarket European import, which it was and separate it from the GM-Holden brand.

Apparently a sensible move, but Holden got greedy and added several thousand dollars to the prices of the Opel range (which also included the smaller Astra and Corsa models). Buyers stayed away in droves and the Opel experiment lasted less than a year. Hindsight says that if Holden had persisted with the Opel marque it may eventually have worked. But the company had other things on its mind at the time, such as deciding whether or not to close its Australian factories.

Those who did buy Insignias were often moving down from a Commodore and perhaps also wanting something a bit out of the ordinary.

All Opel Insignias are relatively new and we have heard of no real complaints about them.

The Insignia was the flagship of the Opel range and offered as a medium-large sedan and station wagon. Passenger space is good, with almost as much legroom, but slightly less width in the back seat than Commodore and Falcon. The back seat shape makes no secret of the fact that it’s really only intended for two adults, with the centre section being kid sized.

Build quality is good and the interior has an prestige look and feel that ties in well with Opel’s upmarket marketing in Australia.

It comes as no surprise that the Insignia has a very European feel in its handling dynamics. Comfort is excellent and the big German machines make good long distance tourers. It doesn’t handle unsealed roads as well as Commodore and Falcon, but no other passenger car does.

Initially all Insignias had 2.0-litre four-cylinder engines, in turbo-petrol and turbo-diesel format. Both have strong torque and are pleasant enough to sit behind. Transmission to the front wheels is by way of a six-speed automatic, there was no manual option in Australia.

An additional model was added to the range in February 2013, the high-performance Insignia OPC (Opel Performance Center) - the Opel equivalent of our own HSV. The V6 turbo-petrol engine pumps out 239 kW of peak power and 435 Nm of torque. Fascinatingly, the engine is built by Holden in Australia and shipped to the German factory, the completed cars are then shipped to multiple global markets.

A thorough revision was carried out on aspects of the Insignia OPC’s chassis dynamics, steering and brakes so this is a genuine high-performance machine and not simply a dressed up special edition.

These are complex machines and we don’t recommend that owners carry out anything other than basic servicing and repairs on them.

Opel shut up shop in Australia in August 2013, much to the annoyance of dealers who had spent a lot of money setting up premises, often in separate locations to their, usually Holden, showrooms. The decision didn’t exactly please owners, either, who feel they may have been left with an ‘orphan’ car.

Holden dealers often carry spare parts for the Insignia, contact your local one for information.

On the other hand, the next generation Opel Insignia is thought to be one of the GM cars that are seriously under review by Holden as a fully imported Commodore when local manufacture of that car ceases in 2017.

After the demise of Opel in Australia the Insignia OPC was re-launched in 2015 as the Holden Insignia VXR. Naturally it’s still built by GM-Opel in Germany. It uses the same 2.8-litre V6 turbo-petrol engine and is well worth considering if you like your Holdens hot.

All Opel Insignias are relatively new and we have heard of no real complaints about them. The design was already getting on in years before the cars reached us and appears to have been well sorted out. Having said that, it’s smart to have a full professional inspection.

Your initial checkups before calling for help should include a look around the body for any damage, not matter how minor.

Areas likely to have scars are the left-front wheel, the one that may have had an argument with a kerb, the edges of the doors and the top surfaces of the back bumper which may have been used to hold things while the boot is being loaded.

Look and feel for uneven wear on all four tyres. Check the condition of the spare in case it has been on the car following a puncture.

Take it for a test drive, ideally with the engine complete cold after an overnight stop. Make sure it starts easily and immediately idles smoothly.

Feel for any slackness in the steering.

Check the brakes pull the Insignia up evenly, especially when you hit the pedal hard - don’t forget to check your mirrors first... 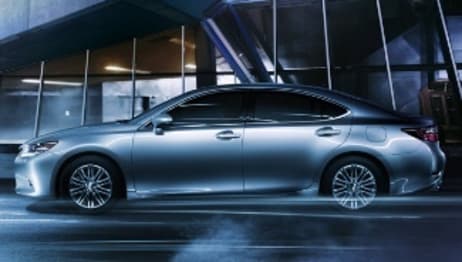 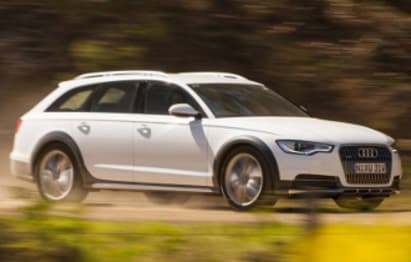 Opel Insignia cars for sale
View cars for sale
Disclaimer: The pricing information shown in the editorial content (Review Prices) is to be used as a guide only and is based on information provided to Carsguide Autotrader Media Solutions Pty Ltd (Carsguide) both by third party sources and the car manufacturer at the time of publication. The Review Prices were correct at the time of publication.  Carsguide does not warrant or represent that the information is accurate, reliable, complete, current or suitable for any particular purpose. You should not use or rely upon this information without conducting an independent assessment and valuation of the vehicle.