EXPERT RATING
7
Launched to an amazed world in 1959 the Mini became a huge success worldwide as well as in Australia, with it being built in Sydney for years. It faded from the 1980s onwards though some variants were still being made overseas till the year 2000. The British motor industry was in serious trouble for many years and

Launched to an amazed world in 1959 the Mini became a huge success worldwide as well as in Australia, with it being built in Sydney for years. It faded from the 1980s onwards though some variants were still being made overseas till the year 2000.

The British motor industry was in serious trouble for many years and eventually BMW bought out major sections of the failing business - and decided to build an all-new Mini for the 21st century. Many believed it would be flash in the pan when launched in Britain and mainland Europe 2001, then in Australia in March 2002. Instead it was a huge success and continues to this day.

Driving enjoyment is an important factor in Mini's success

More than a mere car the BMW Mini, now in its third generation, has become a fun toy and the subject of a huge amount of customisation and personalisation. Some of the prices paid are staggering, with the most expensive Minis in Australia having price tags in excess of $100,000.

Driving enjoyment is an important factor in Mini's success. It has steering that's almost kart-like in its response; some may find it almost too quick at first, so make sure you take it for an extended test drive to become accustomed to it.

A downside of the sharp handling is that the ride is fairly harsh, all the more so on rough Aussie bush roads. Add these to your extended drive route if you're planning country cruising.

The all-new Mini arrived downunder in 2014 and quite a few older Minis have appeared on the used-car market as fashion conscious owners have traded up to the latest and greatest. This has resulted in many used Minis being rushed onto the on the market, some at lower prices than you would expect as dealers are being forced to clear them from the yards to make way for the influx.

In this feature we won't look at the gen-three Minis, but will caution that they are sold for lower prices than the gen-two, that and the fact that basic models are coming here for the first time, may affect resale values of the older Minis.

The lower cost model, the Mini One, wasn't imported, so the Australian gen-two range began with the Mini Cooper. The Cooper S is the hotshot, having its 1.6-litre engine supercharged prior to the introduction of the new model in March 2007, and turbocharged from then onwards.

Topping out the Mini range is the Cooper S with the works – the John Cooper Works that is. The Cooper company specialises in improving Minis, both the original models and the new 21st century machines. The early JCW models use an Eaton supercharger in place of the Rootes blower fitted to the standard Mini Cooper S.

Turbo-petrol engines in the later JCWs had bigger boost pressures, with the added advantage of overboost for a few seconds at a time if you want to get very serious.

We really like the supercharged engine, because its torque comes in virtually instantly, whereas the turbo unit inevitably has a slight lag before getting wound right up. The supercharged powerplant has a glorious shriek when you get stuck into it.

After the initial success body types mushroomed: a Mini cabriolet / convertible was launched in 2004, it can it be used to make the Mini not only an open convertible, but also as a closed car with an open sunroof.

The Mini Clubman is a slightly weird station wagon, with two doors on one side but only one on the other. As it's setup for Europe the extra door to gain access to the back seat is on the wrong side for Australia, meaning your kids have to walk out into the traffic to reach the rear-side door.
In January 2012 a coupe and roadster were added to the Mini range.

There's a real mix of body styles and this is further complicated by the fact that they were all introduced at different times, so there are different generation bodies on the new-car scene at the same time.

The new Mini network is well established in Australia. Most all dealers are in suburban areas, which could lead to problems if you break down in remote country. Not the breaking down is likely, the BMW Minis are far better built than the original Morris / Austin / Rover originals. Being part of the BMW organisation gives the Mini major advantages in technical backup.

Spare parts and servicing charges aren't unreasonable for a car in this class, meaning they are higher than for a typical small car. While it's possible to do some of your own routine servicing, we suggest you stick with the professionals for all but the most minor tasks, and don't even think of touching areas that can compromise safety.

Most new Minis belong to keen owners and are serviced by the book. You usually have to pay extra, but we reckon it's money well spent.

Insurance costs are quite high, even more so for one of the 'charged' engines. Shop around for insurance, especially if you are young and/or inexperienced, but make sure you do an apple-to-apple comparison.

Check for crash damage, or previous smash repairs. Mismatched paint colours from one panel to another, for ripples in the panels, and tiny drops of paint in unpainted areas - glass, badges, lights and so on.

Be very wary of a Mini that has been fanged during track days or at a drag strip. Look for a roll cage, lowered suspension and additional instruments. Keep in mind the car may have been put back to standard before going on sale. Look over the interior for signs of damage or wear and tear. Don't forget to check the boot.

Check for signs of water stains in a cabriolet, ask to have the carpets removed to check the floor under them. Dry carpets may be new units, so don't necessarily mean the car hasn't been caught in the rain...

Make sure the engine starts easily and idles smoothly. Watch for a puff of smoke from the exhaust when it first kicks over and again when it's accelerated hard during your road test.

Be sure all gear changes are light and quiet. The continuously variable transmission (CVT) fitted on early automatics creates a different engine sound to the norm. A bit of a frantic noise that not everyone likes. If you feel there are problems get a specialist to check it out.

Unusual cars often see owners getting together and forming clubs. Those for the Minis, old and new, are widespread. Club members have huge amounts of knowledge - and may even know the history of the car you're thinking of buying. 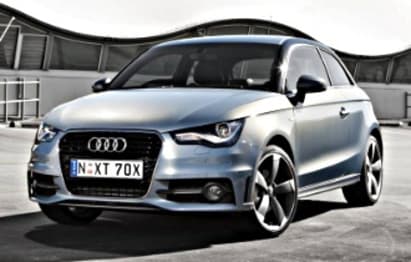 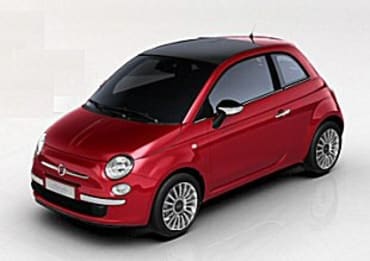 BMW 1 series Volkswagen Golf Honda Civic Mercedes-Benz A-Class
Disclaimer: The pricing information shown in the editorial content (Review Prices) is to be used as a guide only and is based on information provided to Carsguide Autotrader Media Solutions Pty Ltd (Carsguide) both by third party sources and the car manufacturer at the time of publication. The Review Prices were correct at the time of publication.  Carsguide does not warrant or represent that the information is accurate, reliable, complete, current or suitable for any particular purpose. You should not use or rely upon this information without conducting an independent assessment and valuation of the vehicle.