EXPERT RATING
5
Holden’s answer to the SUV wave seemed to fit the bill — initially New Holden was caught with its corporate pants down when SUV sales surged at the dawn of the new century. Quite simply, the brand didn’t have one. Ford was in a similar predicament and responded by building the Territory. Holden dithered,

Holden was caught with its corporate pants down when SUV sales surged at the dawn of the new century. Quite simply, the brand didn’t have one.

Ford was in a similar predicament and responded by building the Territory. Holden dithered, attempting to plug the hole in its model range with the all-wheel drive Adventra wagon derived from the Commodore.

The Adventra was quite a decent car but it was only available with a V8 when it was launched, which hampered its sales. By the time a V6 was introduced it was too late.

The Captiva was ultimately Holden’s answer to the demand for an SUV and the Korean-built wagon launched in 2006.

On the surface it delivered — it was stylish, the driving position was sufficiently elevated and it could fit the driver and six passengers.

On release, all models had on-demand all-wheel drive.

When the Captiva arrived it had only one engine choice, a rather thirsty 3.2-litre V6 made locally by Holden, but a year later Holden wisely added a 2.0-litre four-cylinder turbo diesel to satisfy demands for better fuel economy.

In most models, the V6’s outputs were 169kW/297Nm. A different exhaust in the Maxx meant slightly less power.

On release, all models had on-demand all-wheel drive. In 2009 there was a front-wheel drive option in the diesel SX.

It seemed as if Holden had kicked a goal when it released the Captiva — but it’s turned out to be an own goal, with the car plagued by problems.

Electrical faults are the most common complaint and reports of the ECU light coming on and the car going into limp-home mode feature prominently in reports from owners.

Some have reported losing all power while driving, a couple of instances at most inopportune moments leaving them exposed to danger.

The turbo diesel has a timing belt, which requires changing every 90,000km. It’s important that this is done to avoid major engine issues if a belt breaks.

The V6, on the other hand, has chains driving the camshafts. These don’t need regular replacement but they are subject to stretching, as are the same engines in the Commodore. When the chain stretches it throws out the cam timing and causes the engine to run roughly. There’s no option but to replace the chain, an expensive job.

Also look for uneven tyre wear, as it can be difficult to properly align the Captiva’s wheels and a car that is out of alignment will wear tyres more quickly. A car that hasn’t been serviced properly and regularly is not worth buying.

Looks good but its reliability issues mean it’s a risk.

Zdravko Loevski I’ve owned a Captiva diesel for four years and, while it’s nice to drive, the fuel economy is poor at 9.3L/100 km. What’s worse is that it’s mainly driven on the freeway. I will never buy a car with a diesel particulate filter again; mine does a burn four times a tank full. The 18-inch low-profile tyres are not very good for off-road use and Holden servicing has cost too much.

David King I own one of the first Captivas. It’s almost nine years old. On the whole it has been a pleasant car to own and drive. Having driven a vehicle that is higher off the ground than your regular Commodore I wouldn’t go back to a sedan. It has had its niggles. My Holden dealer advised me to do certain things to improve the handling, which I’ve done, for not much money actually. The service people have been pretty darn good. They recently advised me to change the lens on one of the headlights because it was starting to “yellow” and can be expensive to replace the whole thing. I appreciate such practical good advice. I can honestly say, hand on heart that overall it’s been nice and I’d seriously consider another one.

Clive Oliver Our 2008 SX turbo diesel had a whirring noise from when we bought it. Now we’ve been told we need a new gearbox. We’ve also had lots of electrical problems.

Barry Osborne We had to replace the diesel engine in our Captiva after it suffered a terminal breakdown due to failed roller rocker bearings, which I believe is a known fault.

Paul Waite We had a 2011 CX diesel seven-seater which we couldn’t wait to get rid of when the lease expired. The self-cleaning diesel particulate filter ran frequently, after short or long drives. The first time it happened we thought the whole vehicle was overheating and about to explode. Driving the Captiva in the city was extremely uncomfortable — the suspension was rough and you bounced up and down in your seat like you were atop a tractor. It also felt less than robust off-road. There was no noticeable fuel economy advantage in having the diesel and there wasn’t much zip when you needed it on the open road. 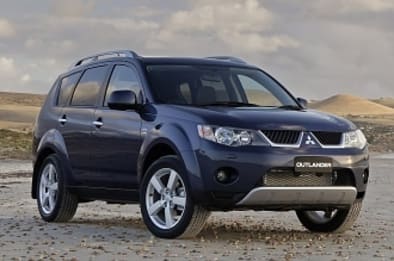 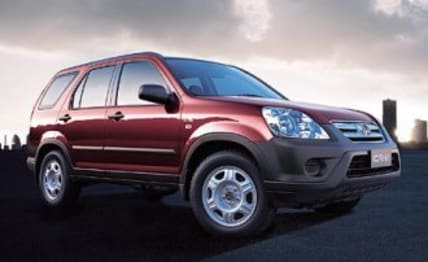 Mazda CX-5 Mitsubishi ASX Toyota RAV4 Ford EcoSport
Disclaimer: The pricing information shown in the editorial content (Review Prices) is to be used as a guide only and is based on information provided to Carsguide Autotrader Media Solutions Pty Ltd (Carsguide) both by third party sources and the car manufacturer at the time of publication. The Review Prices were correct at the time of publication.  Carsguide does not warrant or represent that the information is accurate, reliable, complete, current or suitable for any particular purpose. You should not use or rely upon this information without conducting an independent assessment and valuation of the vehicle.