The 10th generation Toyota Corolla, which arrived in 2007, was a conventional front-wheel drive small car that was available as a four door sedan or five door hatch.

With a wide choice of models there was one to suit just about every small car buyer's needs.

The Ascent was the entry-level model, which was available as a hatch and sedan.

Next step up the ladder was the mid-range Conquest, which was also available as a hatch or sedan.

On top of the Ascent's standard spec, the Conquest added cruise control, six-disc CD stacker, power windows front and back, leather steering wheel and gear knob, Bluetooth (for syncing your iPhone or Android device), alloy wheels, and a rear spoiler. No reversing camera or park assist on offer.

For those wanting a sportier drive there were the SX and ZR Levin hatches.

A sunroof was offered across various grades, and you could have sat-nav, a touch screen, and rear parking sensors on all models, but they were extra-cost dealer-fitted options.

The new Corolla was larger than the preceding model, which made the cabin roomier and gave rear seat passengers more legroom.

It was roomy enough to comfortably accommodate four adults, even five at a squeeze, and there was a good-sized boot of 283 litres to take a decent amount of luggage with you on your travels.

A 60/40 split fold rear seat added to the flexibility of the cabin and its capacity to carry luggage.

All occupants were treated to comfy and supportive seats, and the controls were sensibly placed within easy reach of the driver.

With a higher roofline you sat a little more upright in the hatch than you did in the sedan giving you a better view of the road.

There was heaps of storage, including a glovebox, door pockets, a holder for your sunglasses, a centre console box, and four cupholders.

A 1.8-litre DOHC four-cylinder petrol engine that boasted 100 kW (134 horsepower) and 175 Nm of torque was used across the range.

While relatively small for the class, it still had enough performance to make the Corolla economical and pleasant to drive.

In 2010 the Ultima sedan scored a bigger 2.0-litre engine, which slightly boosted the power to 102 kW (136 horsepower), but more significantly for drivability, the torque increased to 189 Nm.

The other models continued with the 1.8.

The gearbox options included a six-speed manual, but the choice for most buyers was the optional four-speed automatic transmission.

The Corolla was an easy car to drive, it handled nicely, was well balanced, steered well, the ride was comfortable and road noise was well suppressed.

With decent torque across a wide range of speed, the 1.8-litre engine packed enough punch to make up for the limited ratios in the auto and deliver useful performance combined with good fuel economy.

With the extra torque from the larger engine from 2010 the Ultima was an even nicer car to drive.

Seven airbags were available on all models, but on some, such as the Ascent and Levin SX, you had to buy the option pack to get them.

For that reason the Ascent, Ascent Sport and Levin SX was rated at four stars by ANCAP, while the Conquest, Levin ZR and Ultima got ANCAP's full five-star tick.

Active safety features included ABS braking, electronic brakeforce distribution (EBD), brake assist (BA). Electronic stability control was introduced in 2009, but only on the up-range models until in 2010 when it became available across the range.

Too early for ISOFIX child restraint location points (legal in Australia from 2014). The rear seat had seat belts for location of baby car seats.

Toyota has earned a fine reputation for reliability over the years and the Corolla is regarded as a reliable and mostly trouble-free small car.

Properly maintained at the Toyota-recommended 10,000 km service intervals – major services are every 40,000 km – there's no reason to believe that a used 10th generation Corolla won't continue to be reliable and trouble free for many years to come. Service costs are modest, although this generation Corolla will be out of range for current capped price servicing programs.

Engines used in this Corolla have a cam timing chain, which doesn't require servicing.

The original new-car warranty was for three years or 100,000 km, whichever came first, so there's no residual left for buyers now.

Overall, the Corolla has a clean record for reliability, although there was a recall in 2012 to rectify a defective driver's side power window switch. Used car buyers should check the owner's service booklet to confirm the necessary rework has been done.

MORE: If anything crops up, you'll probably find it on our Toyota Corolla problems page.

Michael Collins: "I'm very happy with my Conquest manual. The fit and finish is excellent, it has plenty of get up and go, it's roomy enough for four big guys, the boot is capacious, it's economical, and cheap to service."

Alex Firth: "I have a 2011 Levin SX auto. It's nice to drive, but a little thirsty, and I find the boot a little small."

Sharon Edwards: "We have an Ascent, which is ok. It's quiet, spacious, and safe."

Nick Carroll: "Our Ascent Sport hatch is the second family car, which I mainly use to go to work and drop the kids off at school. It's very quiet, easy to park, roomy with plenty of room for our shopping, and it's been super reliable."

Deni Donaldson: "We bought our 2008 Ascent new. It's been a great car, very reliable, and great to drive."

Got a 2007-2012 Corolla? Tell us about your experiences in the comments below. 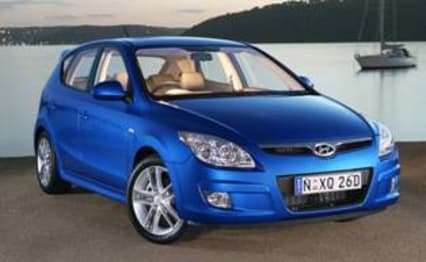 Lowest price, based on 176 car listings in the last 6 months