The many fans of Subaru’s four-wheel drive models were rejoicing with the news of the Forester in 1997.

It quickly attracted a legion of followers after its launch, and Subaru was eager to build on that momentum when it released an updated model in 2002.

The new MY03 model was an evolution of the previous one rather than a revolution. It followed the same theme, but complaints levelled against the earlier model were addressed.

A lack of performance from the 2.0-litre engine was the most common grumble about the older model, and Subaru was quick to promote the change to a 2.5-litre engine in the new car.

Another negative sometimes aired was that the Forester felt a little flimsy. It wasn’t, it just felt that way.

In response there was a new, stronger body shell that boosted cabin space, and offered better side impact protection.

For your X money you got more safety features and more equipment.

The growing popularity of the SUV demanded companies like Subaru offer more to satisfy the increasing variety of needs and wants of a new buying clientele switching to the new-age wagons.

With that came a new model line-up, starting with the X at the entry-point.

For your X money you got more safety features and more equipment.

For more there was the XS, and for the extra spend you got 16-inch alloy wheels, climate control air conditioning, a six-stacker CD player, fog lights, and automatic self-levelling suspension.

But like the steak knife salesman Subaru had even more in the form of the XS Luxury.

On top of all that you got with the XS the Luxury sub-tag got you the added safety of side airbags, leather trim, and a power sunroof.

The XT spec mirrored that of the XS.

The sizzling hot GT was discontinued in MY03; at least the GT badge was dropped.

It came back as a MY04 model in 2003, but carrying an XT badge. It still had the performance of a turbo engine, but not the image of the GT.

The XT spec mirrored that of the XS.

Like the XS there was also a Luxury version of the XT, its spec mirrored the XS Luxury.

An update in 2005, dubbed MY06, boosted the engine’s performance, and improved its offroad capability with increased ground clearance.

Towards the end of its model life Subaru added a special model, an X with sat nav.

But anyone looking to have Bluetooth to connect an iPhone or Android device, a touchscreen, parking sensors, reversing camera, or a park assist system would have been disappointed.

The new body promised more elbow and legroom for those in the front and rear seats.

It was a rather bland place to find yourself; awash with plastics that felt hard to the touch, but at the same time it was on a par with most other models coming from Japanese carmakers.

Trim on the bulk of the models was durable cloth; those tagged with the Luxury badge had leather.

It was of a time when buyers were expecting, of all things, more cupholders, and Subaru obliged with seven in the MY06 update, and threw in a small picnic table in the rear for good measure.

Lap sash seat belts allow for the fitment of a baby car seat, but there were no ISOFIX mounting points.

Like the first Forester the MY03 was powered by a horizontally-opposed, flat-four petrol engine, but unlike the previous model it was a 2.5-litre engine designed to address the complaints about a lack of performance of the earlier 2.0-litre engine.

Power and torque were both increased, up to 112kW (150 horsepower) and 223Nm respectively.

Both ran on petrol, the base 2.5-litre engine could use 91-octane regular, but the turbo needed 95-octane premium to run at its best.

Subaru was quick to promote the change to a 2.5-litre engine in the newer models.

The transmission options were a five-speed manual gearbox, or a rather dull four-speed automatic transmission.

Manual versions had dual-range all-wheel drive; the autos had an on-demand system.

The MY06 update saw the performance peaks of both engines increased.

A shortage of ground clearance meant it was necessary to stay away from the hard going off-road if you didn’t want to be stranded. Keep that in mind and you won’t go far wrong, it’s quite capable.

On the blacktop it’s a great performer. Sure-footed with all-wheel drive it’s a good thing to drive.

With only a four-speed automatic it lacks the smoothness and driveability that comes from having a fifth ratio.

The good news was that ANCAP gave the Forester a full complement of five stars.

In base form it came with dual front airbags and seat belt pretensioners, and an array of electronic safety features, like ABS anti-lock brakes, electronic brakeforce distribution.

Further crash protection in the form of side front airbags were added in 2005.

The Forester’s reliability is exemplary; owners report few problems even though some have had them for quite a long time.

The flat-four ‘boxer’ engine is strong and reliable, but it’s important to check for oil leaks and signs of oil burning. It’s quite common to see a puff of smoke from the tailpipe on start-up in the morning; it’s generally oil that has accumulated in the piston rings while the car has been sitting idle overnight.

Like all cars the Forester thrives on regular maintenance and oil changes. Subaru recommended servicing every 12,500km or six months, and it’s important that this routine is maintained.

Use the recommended 5W-40 oil and you won't go wrong.

The engine employs a cam timing belt and this requires changing every five years or 100,000km. Ignoring it is to risk serious internal damage to the engine.

It pre-dated capped price servicing, but service costs aren’t expensive and any mechanic can do it.

The warranty when new was for three years/unlimited kilometres.

This model Forester was not affected by the Takata airbag inflator recall.

Look for evidence of off-road use by checking the underbody for damage, and walk away if you see any. There are lots of other cars on the market that have only been used on sealed roads.

MORE: If anything crops up, you’ll probably find it on our Subaru Forester problems.

Kevin Oakes: My X rides smoothly and handles well. It’s economical and the performance is quite good for my needs.

Karen Hardy: My 2004 XT never fails to excite me; it goes hard and pushes you back in the seat when accelerating. It’s sturdy, handles well, and it’s been reliable.

Terry Harrison: I have an XT Luxury, which has been great for everyday use, but even better when I get away on weekends. It’s fast and so far it has been reliable.

Tanya Thomson: Our 2006 XS is the second Forester we’ve had. I love the performance of the 2.5-litre engine, but I’d like more room in the back.

Colin Adams: I’ve loved my 2007 XT since I bought it new. The performance is great, the economy reasonable, and the cabin is roomy enough for a couple or small family.

Hyundai Santa Fe
Much improved, but still great value-for-money, and there is a diesel.

Ford Territory
Much maligned for its suspension troubles, the early Ford SUV is one to avoid.

Nice blend of everyday practicality and off-road capability for weekends. 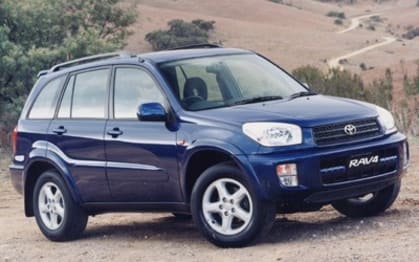 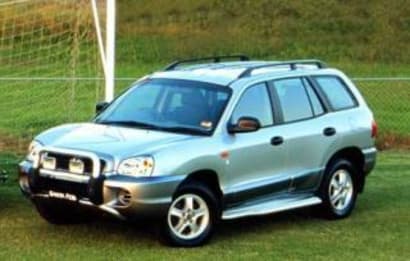 Lowest price, based on 24 car listings in the last 6 months

Subaru Outback Toyota RAV4 Subaru XV Mazda CX-5
Disclaimer: The pricing information shown in the editorial content (Review Prices) is to be used as a guide only and is based on information provided to Carsguide Autotrader Media Solutions Pty Ltd (Carsguide) both by third party sources and the car manufacturer at the time of publication. The Review Prices were correct at the time of publication.  Carsguide does not warrant or represent that the information is accurate, reliable, complete, current or suitable for any particular purpose. You should not use or rely upon this information without conducting an independent assessment and valuation of the vehicle.