Mazda 3 first went on sale in Australia in April 2004, replacing the popular Mazda 323. An all-new Mazda 3 was introduced in April 2009 and the third generation arrived here in January 2014. Some of the latter are now starting to appear on the secondhand market.

For the past five years the Mazda3 has taken podiums positions in the Australian new-car sales results, actually being number one in 2011 and 2012. So there are plenty on offer in used-car yards. With that number to choose from it makes sense to take your time to find the best of them.

Excellent styling, the so-called Kodo design, has certainly played its part in the Mazda3's success, but the Japanese company's well deserved reputation for building reliable, high-quality cars is another major factor.

Though virtually identical under the skin, the Mazda3 four-door sedan and five-door hatchback bodies share few visible external panels. The sedan is comparatively conservative, the hatch comes with a semi sporting note.

Inside, the similarities are much more extensive. Interior space is good without being outstanding and you have to juggle the front seat legroom if you want to carry big adults in the back seat.

The sedan is longer than the hatch so has a larger boot, though the hatch enjoys the luxury of a more versatile load area.

Try the two for size if you're intending to use one as a family car. Both can work nicely if the kids are still in their preteen years.

An upgrade of the Mazda3 in July 2006 saw the body gain extra rigidity to reduce NVH (Noise, Vibration and Harshness) entry into the cabin.

There were also changes to the suspension settings, the tyre design as well as the fitment of additional under-bonnet and under-roof sound-deadening materials.

The standard Mazda3 models have a 2.0-litre four-cylinder petrol powerplant, the sporty Mazda3 SP23 has a 2.3-litre version of the same engine.

Not only does the SP23 have more capacity, but also variable valve timing on the inlet valves to fatten out its torque graph.

Insurance costs for the Mazda3 MPS can be fearsome, so check on them before falling in love with the performance and chassis dynamics

With the 2009 model, the Mazda3 moved up in capacity to 2.5 litres as the SP25. It's a nice powerplant with the sort of grunt keen drivers love.

Mazda introduced a new-tech SkyActiv engine in the Mazda3 SP20 in October 2011. However it's a detuned version of the engine as there wasn't sufficient space to fit the complex exhaust system under the bonnet. The third generation '3 did get the full-house SkyActiv engines, well almost because it had to be detuned slightly to make it run on 91 octane fuel, not 95+ as it was intended to use.

Turbo-diesels with a capacity of 2.0 litres arrived in August 2007. Though it's more economical than the petrol unit it hasn't proven a real success in this country so resale may be a hassle.

Transmission options in the standard Mazda3 petrol range prior to 2009 are five-speed manual and four-speed automatic with both engines. Each gained a ratio with the 2009 model, to six-manual and five-auto.

Mazda joined the hot-hatch brigade with an MPS (Mazda Performance Series) version of the Mazda3 in July 2006. The hot 2.3-litre, four-cylinder, turbocharged engine is a beauty. Unlike the Mazda6 MPS which used all-wheel drive, the '3 MPS only has front-wheel drive.

Torque steer, which could have made the car all but undriveable at times, is reduced by tuning the the engine to to avoid maximum power and torque in the lower gears.

The only drawback with the Mazda3 MPS is that the designers inexplicably put the bonnet scoop out of sight under the bonnet. This problem was rectified with the all-new Mazda3 MPS in July 2009 which gained a very visible scoop as demanded by most owners of cars in this class.

The cost of insurance in the standard models in the Mazda3 range is about average for this class. Insurance costs for the Mazda3 MPS can be fearsome, so check on them before falling in love with the performance and chassis dynamics.

Some companies charge a little more for the SP models, others class it in the same group as the standard cars. It's worth shopping around, but make sure you're doing exact comparisons.

Spare parts and servicing costs are about what you would expect from a car of this type. Home mechanics will find the Mazda3 isn't overly complicated and that access to the under-bonnet area isn't as crowded as in some other cars of this size.

Check for crash repairs as poor work can seriously affect the resale value.

Sight along the doors and look for ripples in the finish of the panels.

Look out for tiny specks of paint on non-painted surfaces such as windows, badges and brightwork. These indicate a respray. If in doubt get a professional inspection - or find another car.

Make sure that the engine starts easily and idles smoothly from the moment it ticks over.

Check for smoke from the exhaust while the Mazda's engine is warming up, and again when you accelerate hard with it at normal temperature.

Look for severe tyre wear, particularly on the front tyres and especially on the high-performance variants off the Mazda3 - the SP and MPS.

A damaged interior and/or luggage area is likely to be a sign of an uncaring owner. Bored kids can do terrible things to the rear-seat area.

Be sure that the clutch takes up positively, gearchanges are all light and easy and that there is no sign of clutch slip. An automatic transmission that has harsh changes and/or which changes at the wrong time, or refuses to change at all, may need to be serviced. Or even require major repairs.

Popular cars are obviously going to be available on the used market in large numbers. So take your time and select the best and most suited from the hundreds on offer. 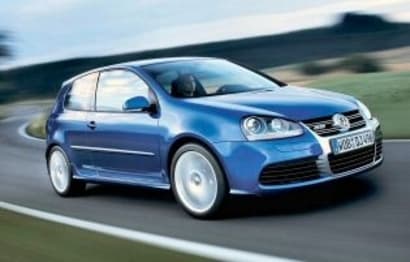 Lowest price, based on 118 car listings in the last 6 months

Toyota Corolla Hyundai i30 Mazda 2 Kia Cerato
Disclaimer: The pricing information shown in the editorial content (Review Prices) is to be used as a guide only and is based on information provided to Carsguide Autotrader Media Solutions Pty Ltd (Carsguide) both by third party sources and the car manufacturer at the time of publication. The Review Prices were correct at the time of publication.  Carsguide does not warrant or represent that the information is accurate, reliable, complete, current or suitable for any particular purpose. You should not use or rely upon this information without conducting an independent assessment and valuation of the vehicle.