2007 Jeep Wrangler
EXPERT RATING
3.5
The Jeep Wrangler is a real 4WD off-road vehicle that can take you to rough 'n' tough places that will break other so-called 4WDs.

The Jeep Wrangler is a real 4WD off-road vehicle that can take you to rough 'n' tough places that will break other so-called 4WDs. In JK format, sold from February 2007 the Jeep Wrangler is more aerodynamic, quieter and more stable than its old-fashioned predecessors. Thankfully, it's still a bit raw around the edges, which is exactly what owners are looking for. These are the models we are surveying in this used-car feature.

Ride comfort could be better, which appeals to many typical owners, but it's an idea to have all prospective passengers feel it for themselves as part of your pre-purchase test drive.

Handling is OK, though the steering is pretty vague in a straight line. This isn't the sort of vehicle you toss at bends so keep a Wrangler within its limits or it could bite you. Later models have some electronic aids to help you stay out of trouble.

The soft-top is pretty slow and fiddly to operate and flaps a lot at highway speeds on older Jeeps, but is much better in the JK series.

Until the arrival of the JK Series all Wranglers had two doors, a somewhat awkward-looking four-door, titled the Wrangler Unlimited was then introduced. The back doors give reasonable access to the rear seats and the Unlimited has proven popular from day one. However, the longer body and stretched wheelbase of the Unlimited means it's not quite so handy in rugged off-road driving.

For many years Jeep power came from an old-style 4.0-litre straight-six. It was finally replaced by a modern 3.8-litre V6 with the introduction of the JK series in 2007. A four-cylinder 2.8-litre turbo-diesel was introduced at the same time.

The 3.8-litre was superseded by a 3.6-litre V6 as part of an overall makeover of the JK at the start of 2012. It has considerably more power and torque than the older unit and the torque comes in nice and low. The turbo-diesel was revised at the same time to trim consumption and increase torque. Note that torque is lower on the automatic transmission than the manual.

Six-speed manual gearboxes are relatively common in Wranglers being surveyed here. Five-speed automatic transmissions are becoming more popular by the day, though.

Be cautious of a Wrangler that's belonged to a would-be cowboy. You've seen them on the road: jacked up suspension, huge tyres, lots of driving lights and heaps of other macho stuff.

Spare parts prices are generally reasonable and we haven't heard too many complaints about availability.

Working on the Wrangler is a dream as there is plenty of underbonnet space but don't tackle anything other than minor items without a workshop manual. And leave all safety work to the professionals.

Insuring a Jeep doesn't normally cause concern unless you have a poor claims history, when you might find that some companies are reluctant to take you on. Prices don't vary a great deal, but it's always worth shopping around.

In November 2016 Jeep celebrated the 75th anniversary of the "car that won a war" with several special editions, including one for the Wrangler. These aren't likely to be on the used-car market yet, but are worth keeping an eye out for as they really are something special.

Dings and dents mean the Jeep has been used the way its maker intended, which may not be what you are looking for.

Check the bumper corners, the doors, the sill panels under the doors and the underside bash plates for signs of conflict with the landscape.

Be cautious of a Wrangler that's belonged to a would-be cowboy. You've seen them on the road: jacked up suspension, huge tyres, lots of driving lights and heaps of other macho stuff. These modifications are often poorly engineered and the Jeep may have been thrashed to impress peers.

An automatic transmission that's slow to go into gear could be nearing overhaul time, but most are rugged enough and should still have plenty of life left in them.

Listen for crunches on fast downchanges in manuals, and for a reluctance to change into fifth gear on older units.

Look at the seats, carpets, door trim and luggage area for signs of mistreatment.

Buying an off-roader that's been off-road is not exactly common, but is more than acceptable in one of the real 4WD in the Jeep range.

Have you owned a Jeep Wrangler? Let us know your experience in the comments below. 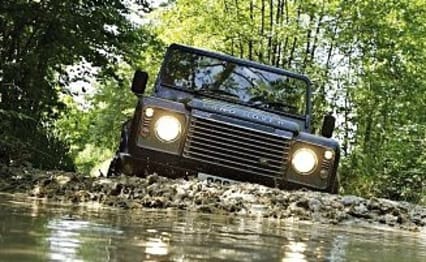 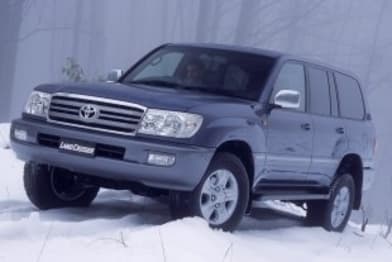 Tesla MODEL 3 Mazda CX-5 Mazda CX-30 MG HS
Disclaimer: The pricing information shown in the editorial content (Review Prices) is to be used as a guide only and is based on information provided to Carsguide Autotrader Media Solutions Pty Ltd (Carsguide) both by third party sources and the car manufacturer at the time of publication. The Review Prices were correct at the time of publication.  Carsguide does not warrant or represent that the information is accurate, reliable, complete, current or suitable for any particular purpose. You should not use or rely upon this information without conducting an independent assessment and valuation of the vehicle.