There's no doubt that the BMW badge is holding its own despite a number of other makes muscling in on the territory once occupied only by the Bavarian carmaker and its cross-country rival Mercedes-Benz.

For some, the BMW badge became a little passé when the 3-Series became the car of choice for those wanting to be seen driving a more upmarket machine and they mostly turned to other marques such as Audi and Lexus, but by the number of BMWs on the road the German brand is still one to aspire to.

Getting on-board the BMW prestige train, however, requires a sizable bank account. They're not only an expensive purchase, but can cost a pretty penny to maintain.

One way to reduce the cost of purchasing one of these luxury machines is to buy used. If you're somewhat impoverished and can't afford the more exotic models BMW offers then an entry-level model like the 528i is a way in.

Lookswise the F10 528i that appeared in showrooms in 2010 was a handsome machine, particularly compared to some of the edgy designs that have come from BMW over the past few years. It was smooth, nicely proportioned and with flowing lines that looked the goods from all angles.

Inside there was plenty of accommodation for four adults, although squeezing a fifth in somewhat compromised the comfort.

Power for the 528i comes from a 3.0-litre six-cylinder in-line engine delivering 190 kW and 310 Nm, and like all BMW sixes is happy to sing for its supper. It's not a fire-breathing monster, rather it's a silky smooth unit perfectly suited to the task at hand, while still delivering decent fuel economy.

An eight-speed auto works well in tandem with the six to get the most out of the engine in all situations, and the final drive happens through the rear wheels.

While most carmakers have moved to front-wheel drive, mostly for efficient packaging, BMW has steadfastly stuck with rear-wheel drive, which is a blessing for anyone who really likes driving. There's little to compare to the feel and response of a rear-wheel drive car and BMW is right up there with the best.

The 528i is packed with technology, which is fine and dandy when it's working as intended, but no so endearing when it's not. When things go wrong, with things like the eight-speed transmission or any of the myriad electronic systems, the cost of repair can be horrific.

While it's nice to experience the glitz that comes with taking your BMW to a factory dealership it comes at a cost, so before buying into the brand you need to weigh up the cost of repairs and maintenance and consider who you might use to keep your machine ticking over at its best.

If it's under warranty, no question, use the dealer for servicing, if it's out of warranty consider the option of using an independent service agent who can generally maintain and repair your car at a much reduced rate.

Another thing to consider is the cost of tyres. The 528i runs on expensive low-profile run-flat tyres that are likely to come up for replacement while in the hands of the second owner.

If those things don't deter you then the good news is that there is little complaint from F10 owners. With the earliest examples having now done around 30,000 km it's still early days, but anyone considering buying a used 528i as they come off lease can do so with good confidence that they will get a good run out of the car.

Do you own a Holden Barina? If so tell us what you think of it by sending your comments to Graham Smith at grah.smith@bigpond.com or Carsguide, PO Box 4245, Sydney, NSW, 2010. 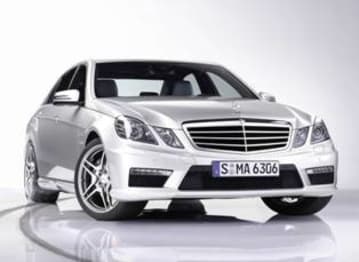 BMW X3 Audi A5 Mercedes-Benz C-Class BMW M5
Disclaimer: The pricing information shown in the editorial content (Review Prices) is to be used as a guide only and is based on information provided to Carsguide Autotrader Media Solutions Pty Ltd (Carsguide) both by third party sources and the car manufacturer at the time of publication. The Review Prices were correct at the time of publication.  Carsguide does not warrant or represent that the information is accurate, reliable, complete, current or suitable for any particular purpose. You should not use or rely upon this information without conducting an independent assessment and valuation of the vehicle.