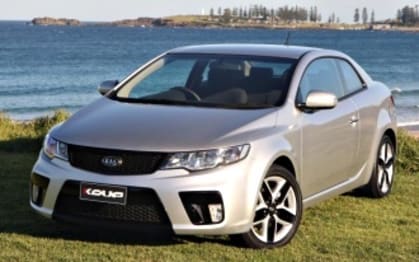 Carsguide Contributing Journalist Andrew Chesterton had this to say at the time: There's plenty to like about the Si trim level, and the Cerato in general, with a composed drive, plenty of standard kit and one of the most comprehensive ownership programs in the business. But the problem remains, the entry-level Cerato is well-equipped, is powered but the same engine and, for $500, will arrive with the same multimedia and navigation set-up as the more expensive models.

This is what Andrew Chesterton liked most about this particular version of the Kia Cerato: Good exterior design with large interior, Great suspension tune for Australian conditions, Still that 7-year warranty

The 2016 Kia Cerato carries a braked towing capacity of up to 1200 Kg, but check to ensure this applies to the configuration you're considering.

The Kia Cerato is also known as the Kia Forte in markets outside Australia.

See All Kia Cerato 2016 for Sale
View cars for sale

Check out real-world situations relating to the Kia Cerato 2016 here, particularly what our experts have to say about them.

See All Kia Cerato 2016 Q&As
Disclaimer: You acknowledge and agree that all answers are provided as a general guide only and should not be relied upon as bespoke advice. Carsguide is not liable for the accuracy of any information provided in the answers.

Dimensions for the 2016 Kia Cerato are dependent on which body type is chosen. The maximum width and height is 1780mm x 1450mm and can vary on the basis of model.

Wheel size for the 2016 Kia Cerato will vary depending on model chosen, although keep in mind that many manufacturers offer alternate wheel sizes as options on many models.The wheel size available will alter the range of tyres available to be fitted. Standard wheel sizes on the Kia Cerato vary from 16x6.5 inches to 17x7 inches.

The Kia Cerato’s towing capacity ranges from 1000kg to 1200kg. Some models also offer heavy-duty or towing option packs which can increase towing capacity, as well as options which can hamper towing capacity. Towing capacities can vary wildly on a large number of factors. These include engine, transmission, model, and options chosen. Always check with the manufacturer or in your vehicles handbook before attempting to tow anything.

Best drive-away deals ahead of EOFY