The Kia Koup is a two-door coupe based on the Cerato four-door sedan. The Kia with the cute name arrived in Australia in September 2009 and sold pretty well straight away. That was mainly because of its styling, though low prices certainly played their part.

Despite its sleek styling there is a reasonable amount of space inside the Koup. As is the norm in this class, rear headroom is borderline and anyone over about 170 cm is likely to be cramped in the back. Small side windows won’t be appreciated by rear seat passengers and kids may have trouble seeing out - perhaps leading to boredom.

The gen-two Kia Koup came to Australia in November 2013. It’s larger in all exterior dimensions, both length and wheelbase increased by 50 mm, height up by 10 mm and width by 15 mm. This makes it a better bet if you’re looking at a Koup as a small family car.

Handling of the Koup is pretty good as it benefits from Australian suspension input from local engineers.

In its early days Kia’s build quality wasn’t particularly good but improvements were rapid and by the time of the Koup the Korean brand was improving at a rapid rate. Indeed, the company has recently topped the JD Power initial quality survey in the USA.

Initially, performance was nothing to get excited about, and the Koup was bought as a cruiser, not a bruiser. However when gen-two arrived it offered the option of a high-tech 1.6-litre turbo-petrol engine, with 150 kW of power, and 265 Nm of torque with a nice spread that began at a lowish 1750 rpm and was carried through to 4500 revs.

Most Kia Koup engines on the used-car scene are the naturally-aspirated 2.0-litre unit that is carried over from the first-generation Koup. It has been upgraded to 129 kW of power (from 115 kW) and 209 Nm of torque (from 194 Nm) and will suit those looking for a sporty cruiser that shares the same stylish looks but don’t want to pay extra for performance.

Transmission options on all Koups are six-speed manual and six-speed auto, the latter with steering wheel mounted paddle shifters fitted to the Koup Turbo.

Boot capacity space is pretty good for the class, though the use of a full-size spare wheel steals a fair bit of depth. The rear-seat backrest has a 60/40 split.

Handling of the Koup is pretty good as it benefits from Australian suspension input from local engineers as well some in Europe and Korea. Again the second generation is the one to opt for.

Kia is now well established in Australia. Though most dealers are in metro areas there is an increasing number in major country centres. We have heard of no real complaints about spare parts pricing or availably.

Enquire about the cost of insurance on a Koup Turbo, particularly if you’re young and/or inexperienced as the premiums could make a big hole in your bank account.

As is often the way with trendy cars Koup sales slowed after a big spike at the start then slowed to a trickle. Total sales to the start of 2016 were over 3000 so there should be plenty to choose from.

Despite our previous comments about Kia’s rise and rise in build quality a full professional inspection of a Koup still makes a lot of sense.

Though it’s marketed as a sporty coupe, Koup is usually driven a cruisy manner. However, we’ve seen some Turbos being thrashed, so be wary.

Uneven tyre wear, especially on the front wheels is a sign of hard driving and/or a big thump against a kerb at some time in the past.

Make sure the engine starts almost immediately, even when cold, and settles into a steady idle within a few seconds.

Manual gearboxes that aren’t light in action could be due for an overhaul. Clutch problems can exacerbate this.

Interior squeaks and rattles are rare, but take the car onto a rough road and listen for things that don’t seem right.

Look for damage to the seats, floor and trim in general. Don’t forget to check the luggage area. 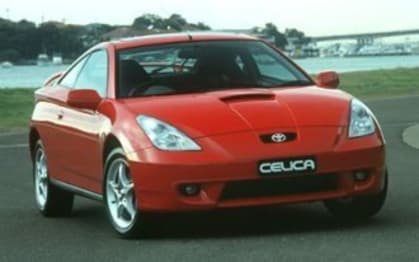 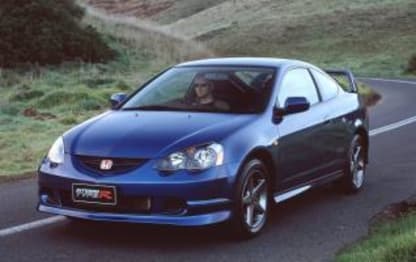 Hyundai i30 Kia Rio Kia Stonic Toyota Corolla
Disclaimer: The pricing information shown in the editorial content (Review Prices) is to be used as a guide only and is based on information provided to Carsguide Autotrader Media Solutions Pty Ltd (Carsguide) both by third party sources and the car manufacturer at the time of publication. The Review Prices were correct at the time of publication.  Carsguide does not warrant or represent that the information is accurate, reliable, complete, current or suitable for any particular purpose. You should not use or rely upon this information without conducting an independent assessment and valuation of the vehicle.