Think Magna, think sturdy, but boring family hacks with little or no personality. That was certainly the way the mid-sized Mitsubishi was viewed back in the early 1990s when the TS appeared, but look past the pleasantly plain styling and you’ll find the TS is a reliable family car that represents good second-hand value for money.

The transformation of the Magna from trouble-plagued family four-banger to a car capable of competing with the mainstream large Aussie family models began with the TR, and took a sizeable step forward with the mid-model TS facelift in 1994 when Mitsubishi made its smooth 3.0-litre fuel-injected V6 available in more of its models.

Previously the Magna was a four-cylinder model trying to appeal to owners disenchanted with the cost of running their six-cylinder cars at a time when fuel prices were on the rise. At 2.6 litres the Mitsubishi engine was quite a large four and suffered from a lack of smoothness as a result, although it was reasonably torquey and would pull quite well.

When the disenchantment with six-cylinder engines didn’t translate into a wholesale switch to fours as we became accustomed to the higher fuel prices Mitsubishi simply had to meet the market with a six.

A V6 Magna is a smooth operator with safe and secure handling, even if it doesn’t have the neighbours rushing around for a look when you arrive home in your driveway.

The 1994 TS Magna was a facelift of the TR model introduced in 1991 and changed the way we thought about the Mitsubishi family car.

Earlier Magnas had developed a reputation for trouble, to the extent that they had sullied the Magna badge, but the TR turned things around with a fresh, if conservative, shape, strong safe body shell and much improved reliability.

The TS facelift built on the reputation established by the TR by adding new features such as ABS brakes and a driver’s airbag, and increased availability of the smooth 3.0-litre V6 engine.

The Magna began life as a four-cylinder family sedan when there seemed a real chance our fuel supplies would dry up and the demand for fours would climb through the roof, but instead we learnt to live with higher fuel prices and the demand for sixes remained high. There was nothing Mitsubishi could do, but add a six to its family sedan and tackle Holden and Ford head on.

This they did in the TR, and they enjoyed quite some success, even though the Magna was still regarded by most as a four-cylinder car that wasn’t quite in the big boys league.

New to the range in TS was the SE V6 in sedan and wagon versions, which expanded the availability of the smooth six to six models.

There was little to distinguish the TS from its predecessor. The easiest way to pick them from the outside is by the split grille, which was coloured either grey or silver depending on the model, and there was a new garnish mould on the rear, new wheel covers and new alloy wheels. Inside the TS boasted new cloth trim and a new cover on the centre console.

On the mechanical front Mitsubishi made some welcome improvements to the engines and automatic gearbox. New high swirl combustion chambers, pistons and ports improved the drivability and response of the 2.6-litre four, although it had little impact on its performance and economy. The smooth and willing fuel-injected 3.0-litre V6 was unchanged.

Revisions to the computer controlling the shifting of the four-speed auto trans, which reduced the torque during shifts instead of shifting at full torque reduced shift bump and made for a much smoother drive.

Some minor retuning also took place on the suspension with new bushes for a more comfortable ride over smaller bumps.

Demand for increased safety forced Mitsubishi to adopt ABS brakes and driver’s side airbag, which were both introduced as options available with the V6 engine.

The TS Magna is robust and has survived the ravages of time and distance well. The body is sturdy and remains tight. Few rattles and squeaks seem to develop over the years.

Both four and six-cylinder engines are reliable and give little trouble. As they get on in miles it’s worth replacing the cam belt, at around 100,000 km to be safe, and they will probably develop oil leaks from the cam cover and front cover.

Unlike the earlier Magnas the auto trans in the TS is very reliable and gives little trouble.

Cars equipped with autos can have problems with the idle speed stepper motor, which is designed to raise the engine’s idle speed when ‘Drive’ is selected.

• smooth V6 is a willing performer 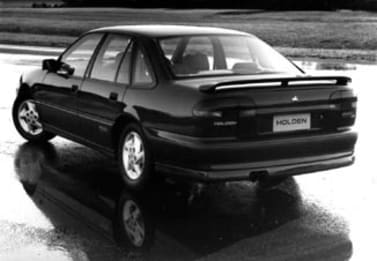 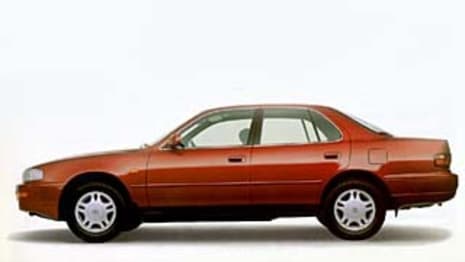 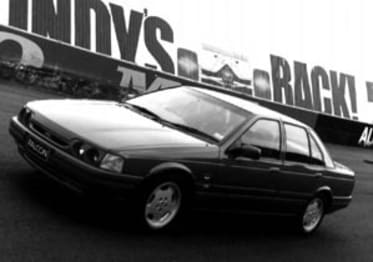 Mitsubishi Magna cars for sale
View cars for sale
Disclaimer: The pricing information shown in the editorial content (Review Prices) is to be used as a guide only and is based on information provided to Carsguide Autotrader Media Solutions Pty Ltd (Carsguide) both by third party sources and the car manufacturer at the time of publication. The Review Prices were correct at the time of publication.  Carsguide does not warrant or represent that the information is accurate, reliable, complete, current or suitable for any particular purpose. You should not use or rely upon this information without conducting an independent assessment and valuation of the vehicle.