The Camry and Vienta were the company’s main weapons in the war for the family car buck.
EXPERT RATING
6
In an age when Holden and Ford dominated the market and big six-cylinder cars reigned supreme, Toyota found it hard to break through.
Graham Smith
Contributing Journalist
CarsGuide
28 Jun 2017 • 12 min read
Book A Test Drive Locate A Dealer Current Offers

In an age when Holden and Ford dominated the market and big six-cylinder cars reigned supreme, Toyota found it hard to break through.

The Camry and Vienta were the company’s main weapons in the war for the family car buck, but they were often dismissed as bland and boring despite Toyota’s best efforts to make them more exciting.

But anyone prepared to buy on logic rather than emotion would have found they were competent, no-fuss cars that made perfect sense.

Entry to the Camry range was via the CSi

Introduced in 1997, the VX20 Camry and its Vienta cousin were conventional front-wheel drive, mid-sized cars.

The Camry offered a comprehensive range of models including sedans and wagons, with four and six-cylinder engines, there were even sporty and luxury variants.

If you stepped up to the Vienta you had a more limited choice of models, the only engine available was a V6.

Entry to the Camry range was via the CSi, which was available as a sedan or wagon, and with four and V6 engines.

The CSi was only equipped with the basics. You got a radio-cassette player, four-speaker sound, remote central locking, power mirrors, a tacho and an engine immobiliser, but if you wanted air conditioning and the safety of ABS brakes and airbags you had to visit the options list.

Then there was the CSX, which was also available as a sedan or wagon, but only with the four-cylinder engine.

The CSX was better equipped, but only available with the four-cylinder engine.

It was better equipped, with a driver’s airbag, climate control air conditioning, cruise, power windows, six-speaker sound, an alarm, and velour trim. If you wanted an airbag for the front seat passenger and ABS braking you had to pay extra.

Further up the list was the Conquest, which was added to the range in 1999, and was also available as a sedan or wagon, with four and six-cylinder engines.

It was well equipped for the day, with air conditioning, cruise, remote central locking, power windows and mirrors, a radio-cassette player and four-speaker sound featuring on its list of standard features. Also on the list were airbags for the driver and front seat passenger, and ABS braking.

It was joined in 2000 by a Touring wagon and the luxury-sports V6 Azura sedan.

The 2000 update also brought a number of changes across the range. There was a new grille, new bumpers, new improved headlamps, new rear view mirrors to reduce wind noise, and new wheel covers and alloy wheels, and the sedan had new tail-lights, and a new boot lid.

In 2000 a Touring wagon joined the lineup.

By then the Vienta had gone; it was dropped when Toyota introduced the Avalon in an attempt to snare a greater share of the big car market.

Back in 1997 when the VX20 was launched there were two Vienta models, the VXi in sedan and wagon form, and the Grande sedan.

Released before the advent of things like Bluetooth to sync your iPhone or Android device the VX20 Camry and Vienta lacked many of the features expected in a car today.

They didn’t have sat nav, so you had to rely on maps and street directories to find your way around, and there wasn’t a touch screen, parking sensors, reversing camera or park assist.

Front cupholders were standard when the XV20 was launched.

Sharing the same body the XV20 Camry and Vienta offered comfortable seating for four adults, with good head and legroom (or two adults and three kids in the rear seat).

The boot was of generous capacity; the sedan’s was 518 litres, the wagon’s 690 litres. It was the widest boot in its class and one of the deepest, and with the 60/40 split fold rear seat down flat it could carry even longer items.

Two engines were offered in the XV20 range, one a four-cylinder, the other a V6.

The 2.2-litre four-cylinder engine was a fuel-injected twin-cam alloy unit that put out 95kW (127 horsepower) and 187Nm.

Given the size and weight of the Camry the performance of the four-cylinder models was adequate for most people.

It was recommended that both be run on regular 91-octane petrol, but they can also run on E10 ethanol blend.

The transmission offerings were typical of the time with the choice of a conventional four-speed automatic and a five-speed manual gearbox.

Most buyers opted for the automatic, making cars with the manual gearbox rare on the used market today.

On the road the XV20 was smooth, comfortable and quiet.

It was even quieter when changes made in 2000 reduced wind and road noise.

With independent MacPherson strut front suspension and rear suspension the handling was assured without being sporty; it could be driven with confidence it would do what the driver asked of it.

In the 2000 update the suspension received a makeover from Toyota’s local engineers, with tuning for better performance on Australian roads.

In the 2000 update the suspension received a makeover from Toyota’s local engineers. (Touring sedan shown)

It also corresponded with the introduction of the sporty Touring and sports-luxury Azura to the range as Toyota tried to improve the driving experience.

With a firmer ride and more precise handling it was hailed as a great step forward for the brand in this country.

In the late-1990s safety was just beginning to have an impact on our cars, the XV20 didn’t have the safety features expected of a car today, it was very basic.

Being built before ANCAP testing began it didn’t even have a safety rating.

In the case of the entry model, the CSi, it didn't even have airbags or ABS braking standard. They were available as options, but you had to pay extra for them.

The other models in the range did have an airbag for the driver as standard, but not for the passenger. That was an extra cost option, as was ABS braking.

Things improved in 2000, the CSi got a driver’s airbag standard, and the Touring and Azura were equipped with airbags for the driver and front seat passenger, and ABS braking.

As the top models in the range, the Vienta VXi and Grande had driver and front seat passenger airbags, and ABS braking from their 1997 introduction.

It was too early for things like traction control, electronic stability control, emergency brake assist and electronic brakeforce distribution.

Lap/sash seat belts were fitted to all five seats, allowing the use of a baby car seat, but it was too early for ISOFIX child restraint points.

Toyota was often criticized over the years for building boring and bland cars, but those same cars were equally praised for their quality and reliability, as we found out when we surveyed XV20 owners.

Very few reported any problems of consequence with their cars, even though some had done several hundred thousand kilometres.

Most had only replaced the normal consumables, tyres, brake pads, wiper blades, and timing belts.

One had an ignition pack fail; another had troubles with the interior trim and hardware, both relatively minor given the age of the cars.

Now having done 300,000 km or more you should expect to see normal wear and tear. Look for broken or sun damaged interior parts, worn trim, faded or peeling paint, oil leaks around the engine and gearbox, as well as bangs and clunks from the suspension.

If the transmission is noisy, reluctant to shift, or shifts sharply walk away, you could be in for an expensive rebuild.

Also watch for smoke from the tailpipe. Plumes of smoke are a sure sign the engine is worn and needs attention.

Both engines use timing belts and Toyota recommended they be changed every 150,000 km.

Check for a service record that shows regular servicing, particularly check that the timing belt has been changed as per the factory recommendation.

Capped price servicing had yet to be introduced by Toyota, so doesn’t apply to this model, but the service costs are generally affordable.

The age of the cars is such that owners probably don’t use Toyota dealers to service them any longer, but that’s not a problem, any competent mechanic can carry out the work.

When new the warranty was for three years/100,000km, but that has long since expired.

If anything crops up, you’ll probably find it on our Toyota Camry problems page.

Terry Scott: I bought my V6 Conquest new; it’s now done 350,000km. The engine runs as well today as it did when I bought it, the boot is large, the air conditioning is awesome and it’s comfortable. The only problems I’ve had have been with the headlining and door trims.

Ben Petrie: I’ve had two V6 Touring sedans. The first was a 2000 model, which did more than 400,000km without any major problems. The one I have now is a 2002 model that has done almost 200,000km. The only problem I’ve had with that is a failed ignition pack. Both have been great cars and I’ve found the V6 economy to be good.

David Dawson: I’ve had my 2002 V6 Conquest wagon for 15 years and it still feels like new. It’s smooth and quiet and great on long trips. All I’ve had to do in that time is replace the timing belt.

Despite its age and accumulated kilometres it’s standing up well.

Have you owned a Toyota Camry before? Tell us your experience in the comments below. 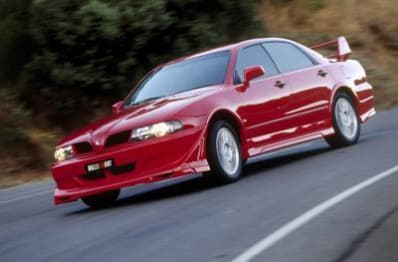 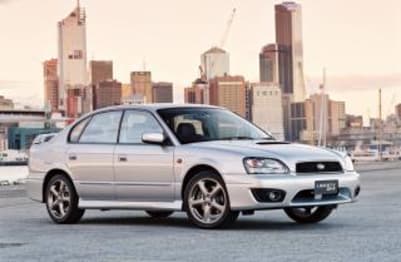 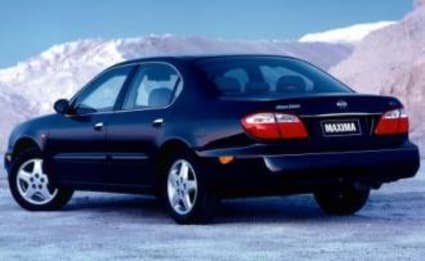