EXPERT RATING
7
Subaru Impreza is a small-medium car imported from Japan and one that has a well-deserved reputation for long life and high resale ratings. Subarus in general give the feeling they are designed by people who are more interested in engineering and driving than in marketing and over-the-top styling. Ride and handling
Ewan Kennedy
Marque Motoring
11 Aug 2014 • 4 min read
Current Offers Check Availability Get a Quote

Subaru Impreza is a small-medium car imported from Japan and one that has a well-deserved reputation for long life and high resale ratings.

Subarus in general give the feeling they are designed by people who are more interested in engineering and driving than in marketing and over-the-top styling.

Ride and handling are good, with all-wheel drive being standard in all being reviewed here. The added traction AWD provides on slippery surfaces is particularly appreciated by those who drive in snowy regions. Some of the biggest Subaru sales volumes are in the Snowy Mountains and in Tasmania.

Note that the high-performance WRX isn't covered in this feature as it appeals to a quite different buyer type to that of the standard models and is covered in a separate used-car checkout.

The Impreza sedan is relatively conventional in its looks, but the hatchback variant of the initial model took a path of its own, falling somewhere between a conventional wagon and a hatchback. It was controversial in its shape at times, but the styling was toned down a little and works well in the models being covered here.

Impreza interior space is good and the seats are comfortable. You can carry four adults without too much in the way of compromise. As a parents-and-three-children transporter it works nicely.

Most Imprezas use a 2.0 litres flat-four ‘boxer' engine. A 2.5-litre Impreza unit was introduced in 2001. However the 2.5 was discontinued for the 2006 model year with the introduction of a new twin-cam 2.0-litre unit. The latter is an impressive powerplant that provides good power and torque. This new 2.0 is almost indistinguishable from the larger older engine in performance, and uses significantly less fuel. The new-design 2.0-litre was further improved with the all-new Impreza of 2012.

Spare parts and servicing are readily available. Subaru's popularity in country regions means that there are dealers in many out of the way areas, something that can't be said about all Japanese brands. Subarus have proven particularly popular in the snowfields. Parts prices are about average for a Japanese car in this class.

Access to most mechanical components is reasonably good and the home mechanic can do a fair bit of their own work. As always, leave safety related items to the experts. It makes sense to have a workshop manual at your elbow before you start.

Insurance premiums on the standard models are usually moderate, though there's a bigger than average spread of charges so it's worth shopping around. Be sure you're making an exact comparison company to company.

If you want a station wagon version of the Subaru Impreza you may care to check out the Subaru Forester, which shares many out of sight components with Impreza but is fitted with an SUV body. Impreza XV, introduced in 2010, sits roughly midway between the standard Impreza and Forester.

Be sure the engine starts easily and idles reasonably smoothly even when cold. Earlier units had an uneven beat due to the boxer layout, but this is normal and nothing of concern. The beat was calmed down in later models.

Look for exhaust smoke when accelerating hard after the engine has been idling for a while. Check for oily fumes from the oil filler hole when the cap is removed.

Make sure the manual gearbox changes gears smoothly and quietly.

Feel and listen for an automatic transmission that is slow to go into gear from Neutral or Park. Or that hunts between ratios when it's not necessary. Both faults could mean an overhaul is looming.

Drive the car with the steering on full lock in one direction, then the other at slow speed and listen for creaks or clunks from the transmission that probably indicate expensive wear.

Look for crash repairs: the simplest signs are uneven paint matching, paint overspray on glass and other non-painted surfaces, and ripples in the panels, the latter are most easily noticed when viewed along their length.

Subaru interiors are usually tough but beware the car that's had a hard life in the hands of uncaring kids riding in the back.

Check the condition of the boot or load area for signs of damage due to sliding and/or sharp objects.

A vehicle used frequently in snowy and icy conditions may have more wear and tear than one used in milder climes. 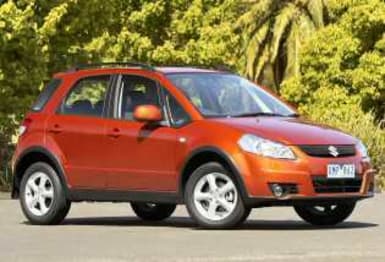 Hyundai i30 Subaru Forester Subaru Outback Subaru XV
Disclaimer: The pricing information shown in the editorial content (Review Prices) is to be used as a guide only and is based on information provided to Carsguide Autotrader Media Solutions Pty Ltd (Carsguide) both by third party sources and the car manufacturer at the time of publication. The Review Prices were correct at the time of publication.  Carsguide does not warrant or represent that the information is accurate, reliable, complete, current or suitable for any particular purpose. You should not use or rely upon this information without conducting an independent assessment and valuation of the vehicle.