The Mirage is no illusion.
EXPERT RATING
6

Mitsubishi has a bit of a knack for making cars that people seem to remember fondly.

In the case of its Mirage model, the very first series set the mood beautifully.

The short, three-door hatchback had clean styling, an affordable price and was sadly missed when it disappeared from showrooms in 2003.

But clearly, Mitsubishi buyers have long memories, because the model that sold here from 2013 to 2018, clearly traded on the goodwill engendered by that original Mirage.

The formula was more or less the same, too; a compact, cheap and cheerful hatch that would be the first brand-new car for a lot of young drivers.

Nothing wrong with any of that.

While everybody knows the Mirage hatchback, there was also the rather more obscure Mirage sedan in the range, too, which arrived about 18 months after the hatch and really failed to fire the imagination of buyers.

While everybody knows the Mirage hatchback, there was also the rather more obscure Mirage sedan in the range.

Which means the five-door hatch model is the most common one of the two models out there in used-car yards and, let’s face it, the one you’d want anyway.

A quick comparison shows the sedan is longer and has a little more wheelbase, but the practicality of the hatch’s folding rear seat can’t be ignored.

Beyond the external size differences, the interior dimensions are close enough to be not worth the argument, and trim levels and standard features are also on par with each other.

That said, the Mirage as a price list leader model, where cost and RRP are everything, was a bit of a stripped out model.

The hatch was a compact, cheap and cheerful.

So forget about fancy projector headlights and a standard body kit, because power steering, basic air-conditioning and Bluetooth connectivity were the standout features.

Unless you can find one of the 400 LS 'Plus Pack' limited-edition models which also got a few splashes of chrome and a front spoiler.

Even the next-step-up model, the Mirage Sport got a rear rear spoiler (but no side skirts) and it did get alloy wheels.

If you wanted cruise control, you had to stump up for the flagship version, the LS which had 15-inch alloys, climate control air, rain-sensing wipers and chrome door handles.

Resale value won’t vary much these days, so you might as well find an LS or a Sport model as these were also the ones most likely to have been fitted with accessories like floor mats from the dealership.

Oh, and if you want the hero colour from the day, forget boring old silver, black, red or blue and find one in that stunning shade of metallic lipstick pink… if you’re game enough.

Forget boring old silver, black, red or blue and find one in a stunning shade of metallic lipstick pink.

Despite the Mirage’s small exterior size, the boot on the sedan is actually very big and even the hatchback has decent luggage capacity contained in a practically-shaped space.

Which is handy because there’s probably not enough actual roof area for a roof rack and towing a trailer is not the Mirage’s thing.

While the Mirage’s rear bench is technically a three-seater, that’s really only if those three are smaller kids.

But the front seats are actually quite generous and comfortable even for bigger adults.

But the front seats are actually quite generous and comfortable even for bigger adults.

The catch there is that the steering column is adjustable for height, but not reach, so it won’t suit all body shapes perfectly.

What mostly lets the Mitsubishi’s cabin down, however, is a high level of noise when on the move, coupled with an interior that feels like it’s been made from recycled take-away containers.

And, again, because the car is built down to a price, you can forget about stuff like a sun roof, a fancy touch screen, or a standard navigation system.

Neither do you get Android Auto or Apple CarPlay, but the stereo system does have Bluetooth connectivity, so you can stream music that way.

Mind you, you might want to give that a miss, too, because the sound system in the base-model Mirage is pretty lame with just two speakers, a radio and a CD player.

It’s no surprise that a lot of Mirages have aftermarket stereo upgrades, so check an individual car to see what’s been added.

So what do you get? Mainly air conditioning and power steering, but there were power mirrors and windows, too.

And if you buy a car made after the 2014 facelift, you’ll also get cruise control.

Under the bonnet was the Mirage’s main point of difference with other tiddlers as well as perhaps its most charming feature.

The whole budget thing meant there was no turbo or supercharger like some of the higher-priced competition.

In size terms, the engine was par for the course, but if you look at its other major engine specs, you’ll see something very interesting.

Rather than a conventional four cylinder engine, the Mirage had just three cylinders making up its 1.2 litres of capacity.

That gave the motor great, useable torque but also a really fun feel and vibe.

The whole budget thing meant there was no turbo or supercharger like some of the higher-priced competition, so you still had to make do with just 57kW of power.

That’s clearly not a lot of horsepower, but with the car’s minimal kerb weight of just 900kg or so, it was a lot better than the bald figures suggest.

Also helping was that 100Nm of torque which was meaty and accessible.

Servicing costs will be a little higher than they might be, as the suggested oil for the engine is a synthetic type (more expensive) but at least the engine uses a timing chain instead of a belt which should be good for the life of the car.

Mitsubishi offered a choice of gearbox with a conventional five-speed manual or a CVT.

Not a normal automatic transmission, the CVT did, however, ensure that as much of the torque was available more of the time, so it’s actually okay to use.

The CVT ensured that as much of the torque was available more of the time.

We’d always opt for the manual in such a vehicle, though.

That said, from 2016 onwards, the only way to get the five-speed manual was to buy the base-model ES version, all others becoming CVT only.

Because this was a conventional hatchback and not an SUV, there was no all-wheel drive version; just a front-drive platform that makes more sense anyway.

At just 35 litres, the fuel tank looks ridiculously small, but when you consider the official combined consumption number of 4.9 litres per 100km, it starts to look a realistic size.

We’re yet to see a Mirage with a towbar fitted and, in fact, Mitsubishi didn’t even list a towing capacity for the car.

Aside from the fun of revving that little three cylinder engine up and playing tunes with the gearbox, the other thing you’ll soon notice is just how good the fuel consumption is.

The mileage from each tank will amaze you and put a big smile on your face as you stretch every litre of petrol.

It doesn’t really matter how you drive it, the mileage from each tank will amaze you and put a big smile on your face as you stretch every litre of petrol.

Acceleration is not exactly strong, though, and 0-100km/h will take more than 10 seconds, but outright speed is not really what this car is all about. And in any case, it feels faster than it is, which is probably more important.

There’s plenty of ground clearance for speed humps and the steering is light and fast for tight, underground parking stations.

Ride quality is okay, but not outstanding, and the Mirage relies on its standard tyres which have plenty of sidewall to cushion the ride a little.

The Mirage relies on its standard tyres which have plenty of sidewall to cushion the ride a little.

Watch out for a car whose previous owner has fitted aftermarket alloy wheels and low profile tyres as this can completely ruin ride comfort.

The other downside is that the Mitsubishi is a fairly noisy device especially at highway speeds where the cheap interior plastics fail to damp out much of the noise and vibration going on around you.

It features six airbags as standard, ABS brakes and brake-force distribution as well as stability control.

There’s no standard reverse camera which seems a shame in a car aimed at young drivers, and only the Mirages built after the March 2016 facelift had ISOFIX mounting points for baby seats.

Earlier cars still had restraint mounts, but the ISOFIX type is regarded as the industry standard.

Despite its bargain price when new, the Mirage seems to have weathered the years pretty well and shows a distinct lack of common problems or other issues that lead to consumer complaints and lunchroom talk of mechanical defects.

The engine seems pretty sturdy as does the CVT transmission (not something that can be said for every CVT out there).

We would check the condition of the clutch, though, as many younger drivers struggle with a manual gearbox and this can accelerate clutch wear.

Make sure there’s no noise when you let the clutch out in neutral and make sure the car doesn’t shudder or bunny-hop when you take off from the lights.

The Mirage should have low servicing costs, but beware a used example that has suffered skipped services as reliability will be reduced as a result.

Check the owner's manual for the service regime and stick to it.

That way, any residual factory warranty still applying to a later Mirage will be yours to claim if the unthinkable happens.

MORE: If anything crops up, you’ll probably find it on our Mitsubishi Mirage problems page. 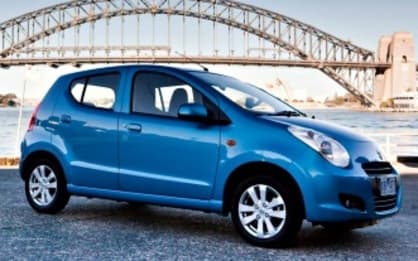 Mitsubishi Mirage cars for sale
View cars for sale
Disclaimer: The pricing information shown in the editorial content (Review Prices) is to be used as a guide only and is based on information provided to Carsguide Autotrader Media Solutions Pty Ltd (Carsguide) both by third party sources and the car manufacturer at the time of publication. The Review Prices were correct at the time of publication.  Carsguide does not warrant or represent that the information is accurate, reliable, complete, current or suitable for any particular purpose. You should not use or rely upon this information without conducting an independent assessment and valuation of the vehicle.