EXPERT RATING
8
Graham Smith reviews the 2008, 2009, 2010, 2011, 2012 and 2013 Honda Accord as a used buy. It's one of Honda's most reliable and classy sedans and it has plenty of fans New They carried the same Accord badge, but the cars, one simply called the Accord, the other the Euro, were quite different. The Euro was mid-sized

They carried the same Accord badge, but the cars, one simply called the Accord, the other the Euro, were quite different. The Euro was mid-sized and aimed at buyers who appreciated the feel of a European car; the other — the VTi or V6 — was larger and biased more towards comfort and a cruisy ride.

All Accords were four-door sedans with good cabin space, although the Euro had a little less rear legroom. The boot was a good size in each, with the Accord having a little more space than the Euro.

Sales in Australia showed local buyers clearly preferred the Euro. It seems the sportier performance was better suited to our driving tastes.

A 2.4-litre four-cylinder engine was available in both but the version in the Euro had a mite more power and torque for a sportier drive. The downside to that was that the Euro required premium unleaded or better fuel whereas the Accord happily motored along on regular.

The Accord could also be bought with a 3.5-litre V6 for a more relaxed and leisurely drive.

There were some differences in the transmission options . The Euro had a six-speed manual in addition to the five-speed sports-shift auto, later updated to a six-speed. The Accord came only in auto form.

On the road the Euro was praised for its performance and handling, the latter coming at the expense of a firmer ride, while the Accord had a softer, lazy on-road feel.

Sales in Australia showed local buyers clearly preferred the Euro. It seems the sportier performance was better suited to our driving tastes.

Accord owners - most having picked the Euro - are full of praise for their cars and report no reliability problems, that the build quality remains first-class and they are enjoyable to drive. Most would happily buy another; some said they would never buy anything else.

There is some disquiet about the frequent servicing Honda recommends and the cost when done by a dealer. This could be reduced by using one of the many independent Honda mechanics who specialise in the brand and charge less.

Hondas are renowned for the quality of their engineering but that means owners need to be more conscientious about servicing than do owners of some other brands.

Regular oil changes are important to keep the jewel-like engines running at their peak, which makes it important that a prospective buyer takes the time to check the service book of a car they think they might buy.

Do a thorough road test to ensure the engine and transmission work smoothly, without hesitation or hiccup.

Listen intently for noises from the suspension that might suggest something is amiss with a bush or a shock absorber.

One thing to note with the Accord is that models from 2008-11 were caught up in the recall for faulty airbag inflators. If you are considering buying an Accord that falls within that range, check with the seller to see if whether has been through the rework. Check with a Honda dealer, or Honda, if in doubt. 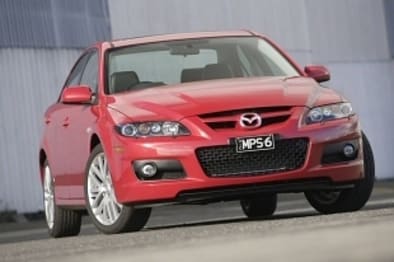 See 2008 Honda Accord pricing & specs >
Have you considered?
Check out more Sedans

Mercedes-Benz C-Class Honda Civic Toyota Camry Mazda CX-5
Disclaimer: The pricing information shown in the editorial content (Review Prices) is to be used as a guide only and is based on information provided to Carsguide Autotrader Media Solutions Pty Ltd (Carsguide) both by third party sources and the car manufacturer at the time of publication. The Review Prices were correct at the time of publication.  Carsguide does not warrant or represent that the information is accurate, reliable, complete, current or suitable for any particular purpose. You should not use or rely upon this information without conducting an independent assessment and valuation of the vehicle.