Toyota Camry and Aurion are medium-to-large family cars built in Australia and have been major players in this country for many years. Their main competitors are Commodore and Falcon. Camry has a four or six-cylinder engine (more about this later), all Aurions are sixes.

Though slightly smaller than the two big Aussies, the later models have almost as much interior room due to the space saved by having front-wheel drive. There's no rear-drive shaft and the Toyota engine sits across the front instead of being in line with the body.

Legroom in the Camry/Aurion is up with the big two but rear-seat width isn't as good. Another advantage of a front-drive car is added boot depth because there's no differential under the floor.

The later models in this Toyota range have many changes from the original Japanese design to suit them to Australian driving conditions and drivers' tastes. Basically, they have slightly firmer suspensions and the engines are tuned to give them added grunt low down.

These Toyotas are pleasant to drive, with a smooth, refined feel. Driving enthusiasts may find the pre-September-2002 model too soft for their needs; Toyota listened to comments, tightened up the suspension and steering and the later ones are fine.

Body types were four-door sedan and five-door station wagon in Camry until late 2002, when the station wagons were discontinued. The Aurion comes only as a sedan. Most buyers of station wagons now opt for an SUV; Toyota has a large array of SUVs, and 4WDs, from which to choose.

Originally the Camry had a four-cylinder engine, V6s were added to the lineup in 1997, then discontinued in July 2006 with the introduction of an all-new model.

By far the best powerplant is the twin-cam V6 used in the Aurion.

The Camry V6 was renamed the Toyota Aurion when introduced in October 2006, all Aurions have a V6 engine.

The four-cylinder Camry engine was a 2.2-litre unit until September 2002, when it was replaced by a 2.4-litre four. Not only is this engine larger, but it's also a more modern design that makes for a better drive. Another new four-cylinder engine, this time with 2.5 litres, arrived in December 2011.

The 3.0-litre V6 in the Toyota Camry not only gives you extra power and torque, but also improves the feeling of refinement throughout the car.

By far the best powerplant is the twin-cam V6 used in the Aurion. Its 3.5-litre capacity gives it the sort of punch that's needed to overtake on country roads, and it treats hills with disdain.

Toyota offers five-speed manuals in some variants of the Camry, but the great majority were four-speed automatics until 2006, when the auto was uprated to five speeds. The 2012 models have a six-speed auto.

Selling manual family cars may not be easy in years to come because Australia is rapidly becoming an auto-only market.

All Toyota Aurions have a six-speed automatic transmission with sequential overrides.

Toyota introduced a real hotrod called the TRD Aurion in August 2007. TRD stands for Toyota Racing Development. Featuring a supercharged version of the 3.5-litre V6 pushing out 241 kilowatts of power and 400 Newton metres of torque through the front wheels only was not a good idea. The TRD has fearsome torque steer that can be dangerous in the hands of an inexperienced driver.

Sales of the TRD Aurion were very slow and Toyota quietly slipped it off the market midway through 2009.

These Aussie-built Toyotas mean insurance is generally cheaper than for similar cars that are fully imported.

Yet another variant, the Hybrid Camry, was launched in February 2010. Its four-cylinder engine is backed up by an electric motor that is either charged by the petrol engine or by energy regeneration when the car slows down. The strong torque supplied by the electric motor means the Hybrid is quicker off the mark than the four-cylinder petrol models.

Toyota has arguably the most widespread of dealer networks in Australia with dealers in many remote areas due to its major presence in the 4WD and light-commercial fields.

Spare parts and servicing costs are generally reasonably priced and will continue to be sold here after local manufacture ceases.

Good home mechanics will find these cars are quite easy to work on. We recommend that amateurs always have a workshop manual on hand, and don't touch safety related items.

Toyota Australia will cease to build Camrys and Aurions at a time that's yet to be announced in 2017. They will continue to be sold here, now imported from Japan and/or other countries.

These Aussie-built Toyotas mean insurance is generally cheaper than for similar cars that are fully imported. There doesn't seem to be much variation from company to company, but it's still worth shopping around.

Engines should start quickly and settle into a smooth idle within a couple of seconds. Four-cylinder units aren't as smooth as sixes but if one seems too rough get a mechanic or an inspector from your motoring association to check it out.

Automatic transmissions are exceptionally smooth so any harshness at other than big throttle openings should be investigated by a professional.

Manuals should be light and easy in their actions and not crunch during fast downchanges, the third-to-second change is usually the first to suffer.

Check over the condition of the interior in case the car has had a rough time.

Rust is only likely to be present if a car has been badly repaired after a crash.

Look over the complete body for damage, or for indications it has been repaired after a crash. If there's any doubt either pass up on the car or have an expert appraisal.

Rust is only likely to be present if a car has been badly repaired after a crash. Check the lower body and mudguard areas and if you do find problems call in an expert for a full examination.

Drive the car at low speed on full steering lock and listen for noises at the universal joints at the front wheels.

Run your hand over the front tyre tread – more resistance one way than the other means uneven tyre wear. That's often caused by a wheel alignment problem, possibly caused by the car being thumped against a kerb.

Model for model, spare parts for Australian-built cars are generally lower priced than for imported vehicles.

Have you ever owned a Toyota Camry or an Aurion? Tell us your experiences in the comments below. 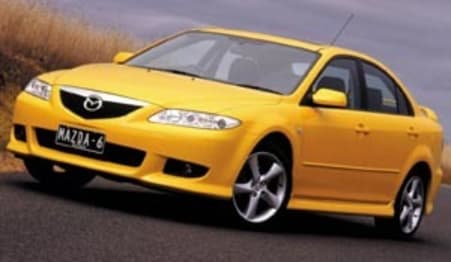 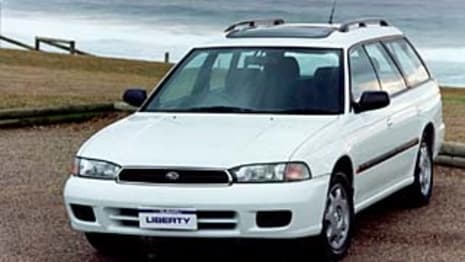 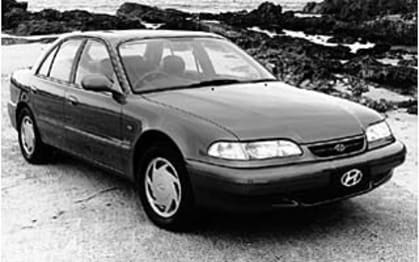 Toyota Aurion cars for sale
View cars for sale
Disclaimer: The pricing information shown in the editorial content (Review Prices) is to be used as a guide only and is based on information provided to Carsguide Autotrader Media Solutions Pty Ltd (Carsguide) both by third party sources and the car manufacturer at the time of publication. The Review Prices were correct at the time of publication.  Carsguide does not warrant or represent that the information is accurate, reliable, complete, current or suitable for any particular purpose. You should not use or rely upon this information without conducting an independent assessment and valuation of the vehicle.