The decision to go all all-wheel-drive was a momentous one for Subaru. From a company building cars that no one really cared about it went to one that everyone wanted to know.

If the hot rally-bred WRX led the charge it was the Liberty that did the hard yards in getting Subaru's name on the shopping lists of Australian buyers.

The Gen 3 was a mid-sized model aimed at middle Australia. It was a family-sized car for people tired of the regular diet of Commodores and Falcons.

It was a pleasant looking, sensible car, one that has stood the test of time and still looks attractive even today.

The Liberty came in sedan and wagon forms, with three main specification levels in the GX, RX, and Heritage.

Inside there was room enough for a normal family, mum and dad had plenty of room up front, and the kids were comfortably accommodated in the back.

The Liberty came in sedan and wagon forms, with three main specification levels in the GX, RX, and Heritage.

Two engines were offered, both flat-fours in the style Subaru had long used.

A modest 2.0-litre single-overhead camshaft engine opened the bidding with 92kW and 184Nm. It was no ball of fire, but with an average fuel consumption of less than 9.0L/100km there was a lot to like about it.

The other engine option was a single-overhead camshaft 2.5-litre unit that boasted 115kW and 223Nm, The extra torque not only boosted the Liberty's performance, but it also endowed it with an easy-driving flexibility. Fuel consumption increased, but was still only a touch over 9.0L/100 km.

The transmission choices were straightforward, a five-speed manual and a no-fuss four-speed automatic, and the drive went through all four wheels.

On the road the Liberty was well balanced with a reassuring grip on the road.

It needs to be said straight up that the Gen 3 Liberty is getting on in years, the earliest 15 years old, and the kays are climbing, with many cars well over the 200,000km mark by now.

Be choosy; don't buy any old Liberty you come across

That means they should be approached with caution, and patience needs to be employed when out shopping for a suitable car.

Be choosy; don't buy any old Liberty you come across, look for the one in the best condition, with the lowest kays on the clock, and with a believable history.

Having done 200,000-plus kays you have to understand that a car, any car, is nearer the end of the road than the starting grid, so buy in the knowledge that you are likely to be back in the market looking for another car in a couple of years.

But that can be fine for some people, like parents shopping for a starter car for their kids who are hitting the road for the first time.

For them the most important attributes are safety, low running costs, and reliability, and their kids are likely to be wanting to move on up in the motoring world in a short period of time.

Look for smoke issuing from the exhaust pipe when accelerating, it could signal wear in the engine and should be a warning.

With more than 200,000km up most Gen 3 Liberties could do with an automatic transmission service, so consider doing that for ongoing reliability, even if the transmission checks out ok when driven.

Check for a service record to make sure your chosen car has been well maintained, but the service record is a good way of confirming the odometer reading is credible.

A service record will also be able to confirm that the timing belts have been changed as required at 160,000 km. 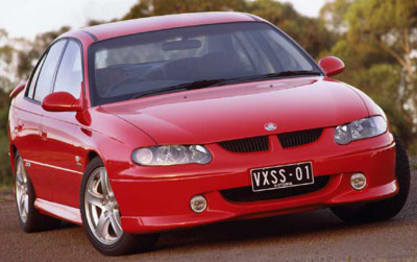 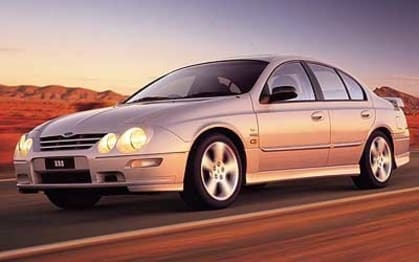 Subaru Outback Subaru Forester Mazda 3
Disclaimer: The pricing information shown in the editorial content (Review Prices) is to be used as a guide only and is based on information provided to Carsguide Autotrader Media Solutions Pty Ltd (Carsguide) both by third party sources and the car manufacturer at the time of publication. The Review Prices were correct at the time of publication.  Carsguide does not warrant or represent that the information is accurate, reliable, complete, current or suitable for any particular purpose. You should not use or rely upon this information without conducting an independent assessment and valuation of the vehicle.